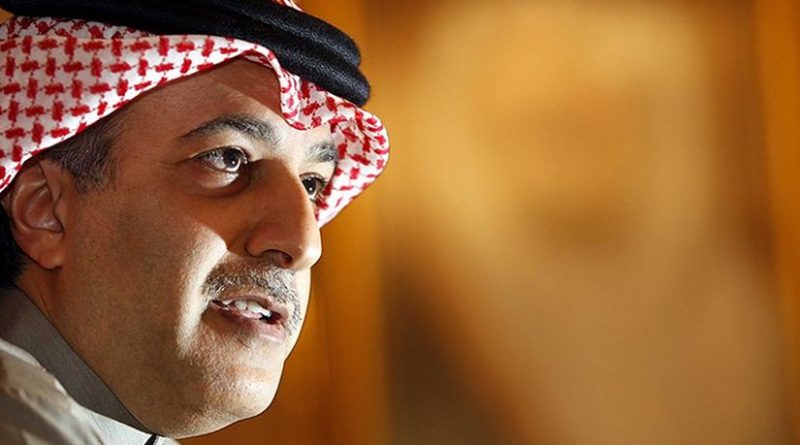 FIFA has announced the five candidates who will stand for election to take over from the beleaguered Sepp Blatter as president of football’s world governing body. A vote will take place in February next year in Zurich.

Prince Ali Al Hussein, Sheikh Salman Bin Ebrahim Al Khalifa, Jérôme Champagne, Gianni Infantino and Tokyo Sexwale all made the shortlist as eligible candidates, FIFA announced on Thursday. UEFA’s currently suspended president, Michel Platini, who has recently been involved in a scandal over a CHF2 million ($2.1 million) payment made to him by Blatter in 2011, was not on the list.

Platini cannot take part in any football-related activities, including the FIFA presidential race, while under the 90-day suspension, which began on October 8. Outgoing president Blatter was also suspended at the same time, and both men are being investigated by the Swiss authorities. Blatter is under suspicion of “criminal mismanagement” and “misappropriation” of funds.

At the time of the suspensions, FIFA’s ethics committee said that “the duration of the bans may be extended for an additional period not exceeding 45 days”. Platini’s candidacy will only be assessed if his suspension is lifted before the February 26 election date.

The crisis-hit football organisation has carried out integrity checks on all of the candidates, according to a statement by the ethics committee released on Thursday. The body said this involved “a review of corporate records, litigation cases, bankruptcy proceedings, potential regulatory actions taken against the candidate and a review of media reports concerning potential red flags (fraudulent behaviour, match manipulation, human rights violations, etc.)”.

Musa Hassan Bility from Liberia was not added to the presidential shortlist after this review, although the committee will not reveal the details of their findings.

On Thursday, Blatter’s adviser Klaus Stoehlker said the suspended FIFA president had left a Swiss hospital. The 79-year-old Blatter spent about a week having his health assessed, about a month after his suspension by the FIFA ethics committee. Blatter’s daughter Corinne took him to his hometown of Visp in canton Valais to relax before he returns to his private office in Zurich next week, Stoehlker said.

In an interview with the German-language newspaper the Tages-Anzeiger on Thursday, Basel University law professor and corruption expert Mark Pieth gave his views on how entrenched corruption is in the game. Pieth said that “football is a vehicle to distribute power”. Using football clubs Manchester City and Paris St-Germain as examples, Pieth commented on why he thought they were so “interesting for Sheikhs from the Arabic region”, adding it was about “buying” into a world of acceptance.

Speaking specifically about Blatter, Pieth said that his driving force was not greed, but power. “He plays with the greed of others. When Michel Platini can earn another million as a Blatter advisor in one year, it begs the question: why? This is where power and greed come together.”