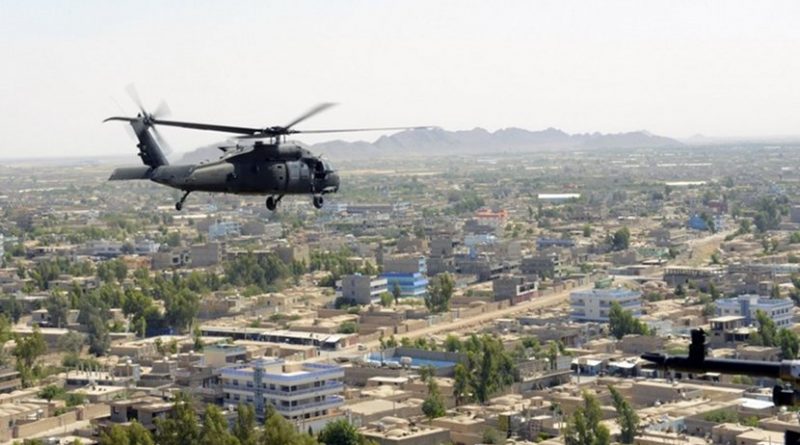 The Afghan government and its allies are winning battles in Afghanistan but not the war. The Afghan war started as the “good war” and as President Obama termed it later as “war of necessity” and was won in less than two months. Quickly the success of the Afghan war was termed as an international model for fighting global terrorism. It was hailed as a model of international cooperation but what has happened since then? Why is it is now at worst a “lost war” and at best a “forgotten war”. Is this war winnable? Who is the enemy we are fighting? What are the costs of inaction and withdrawal and what are the costs of winning? What does victory look like? And finally how we can achieve victory? Do we have the right means both on the Afghan side and on the side of the international community to win it and how long would it take to win this war? I don’t have a crystal ball but firsthand experience and history tells me that the heart of the matter is that we have been winning battles and losing the war; short-term tactical successes over long term strategic win over the enemy. The crust of the failures lies in a halfhearted approach to war, zigzag policy making and the lack of a broad-based reform minded government in Kabul.

Essentially – the Afghan war still counts as the “good war” because it really hasn’t met its objectives: destroying Al Qaeda, prevent Afghanistan from becoming a safe haven for international terrorist organizations and ensure no terrorist plot is planned from Afghan soil against US and its allies. On the contrary – Al Qaeda is not yet annihilated, there are more than 20 terrorist organizations active in Afghanistan and ISKP has managed to create a foothold in Afghanistan. The question is why such a reversal? The answer is simple – a halfhearted and under resourced campaign under heavy scrutiny.

The war in Afghanistan is not a civil war no an insurgency as portrayed by some within the security and military circles. It started as a war against terrorism, which is now transformed to proxy war with elements of criminal economy, and terrorism. It is in this environment that terrorist organizations thrive thus making victory difficult to claim in the absence of a long-term strategy and commitment.

At the outset -everyone had a plan to win the war but not a strategy to win the peace in Afghanistan. It is important to note because if you look at the trajectory of war policy making you will find out that immediately after the Taliban regime was overthrown nobody knew what to do next post first Bonn conference in 2001. Former Secretary of Defense, Donald Rumsfeld, alongwith former President Bush did not want a major US presence in Afghanistan. Then they had to train Afghan forces to be able to maintain security and stability in the country and got NATO involved and subsequently we have witnessed a plethora of haphazard often-contested prescriptions for the Afghan war. Nobody defined victory and what does victory look like in a war as complicated and multifaceted like Afghanistan. Since then we have seen a plethora of zig-zag policy making by the Americans and NATO allies often focused on short term results and under pressure from their parliaments aimed at achieving quick wins. Afghan experts and policy makers at times joke that the only country which had a consistent and robust policy towards Afghanistan is Pakistan – keep the war going on enough to hurt but not at a boiling point to recall for an international retaliation. This policy has not changed and as we can see is starting to pay dividend to GHQ in Rawalpindi.

On the otherhand – Taliban have transformed themselves from a regime hosting Al Qaeda who plotted the 9/11 tragic events to a terrorist group and subsequently now a full blown “insurgent group” who supposedly poses no risk to the west and its allies and are merely leading a national struggle and the Afghans need to reconcile with them.

The fact of the matter is that the Afghan war has been for many years in a stalemate but still winnable. The NATO train and assist missions has failed to break this stalemate for many reasons chief among them a lack of resources, political considerations in US and European capitals and finally geopolitical priorities in other parts of the world such as Syria, Iraq and nowadays Russia. But against all odds – the Afghan war is still winnable and a just war and one, which is vital for the national security interests of the west and Afghanistan. In fact – the war in Afghanistan symbolizes victory and defeat against terrorism. It all started here and will end here.

What is the Afghan war and who are we fighting?

The war in Afghanistan is multilayered and multifaceted with deep regional and global roots. It is not a civil war like Syria and nor it is an insurgency whereas a group of dissidents with no freedom control large swaths of land and wage a war of national freedom. It is a proxy war coupled with elements of criminal economy and terrorist groups operating in Afghanistan. For the Afghans it is a national struggle and war of freedom from the reign of terror financed and provided safe havens outside of Afghanistan and for the international community it is the global war on terrorism. Afghan have suffered more than anyone and have been victims of this long war. According to the United Nations civilian casualties report – last year more than 4000 civilians lost their lives in Afghanistan and over the last 17 years more than 80,000 Afghan civilians were killed. This is the price Afghans are paying on a daily basis for this struggle.

Essentially – this war is as much about the region and global security as much as it is about the national security interests of Afghanistan. More than 20 terrorist organization operate under various outfits in Afghanistan and fight Afghan National Defense and Security Forces (ANDSF) whose primary objective is to plan and execute deadly terrorist attacks in the capitals of the region and the west. The security of Afghanistan is tied to the security of Tehran, Delhi, London, Berlin and New York.

Therefore – the war in Afghanistan is not only the war of Afghans but also the war of the west against its original motto of global terrorism. This consensus is unfortunately broken. When the global war on terrorism was launched it was due to broad-based consensus inside Afghanistan and the region that the Taliban regime was toppled in a matter of days and it is precisely due to this the lack and breakdown of such a consensus that Taliban are now stronger and more terrorist groups are operating in Afghanistan. Taliban provide the umbrella for many of these regional and global terrorist groups to operate in Afghanistan. The Taliban and these terrorist organizations enjoy a symbiotic relationship and mutually feed on each other.

This is why it is crucial to debunk the myth that Taliban are no more a threat to the west and the region because they are waging an insurgency against the Afghan government. This will only be true if they have truly broken ranks with Al Qaeda and other groups. WE still have not seen evidence of such a breakaway in ranks.

What is victory and how you win the war?

The ultimate end of the Afghan war comes with a political settlement but through a decisive military win on the battlefields. We should search for peace on the battlefields and not European capitals and the capitals of Afghan neighbors. Victory against Taliban and terrorist co-conspirators is a decisive military win in the battlefield no matter at what cost followed by a political settlement with the remnants of the Afghan Taliban. This is not the case now. The war is in a painful stalemate taking lives of dozens of Afghans on a daily basis and Taliban feel they have the upper hand in view of the waning support for an unpopular war in the west. What the western politicians have failed to convey to their populations is that winning the war in Afghanistan against terrorism is directly related to the security on the streets of Europe and the United States.

Meanwhile – one third of the fighters in the Afghan battlefields are foreign fighters from Pakistan, Central Asia and Europe. They are transit fighters whose ultimate aim is to hurt the region and the west. For them the only option should be leave to your countries of origin, surrender or get killed.

This victory requires a long-term commitment; resources and a decisive military win in the battlefields with a broad-based and credible Afghan partner.

What is needed for victory?

To achieve victory we need a 3D approach. On the Defense side we need to crush the Taliban military machinery by targeting their command and control structure, sources of financing and safehavens. We are now killing the expendable soldiers and at best mid level commanders. The leadership of the Taliban and their foreign collaborators do not pay any cost and are comfortably planning operations and killing Afghan and NATO service members in Afghanistan from their safe havens in Pakistan and increasingly now Iran and some Central Asian states.

On the diplomacy – the Afghan government and its NATO allies need to patch up and bring back the much needed but broken consensus of fighting terrorist as a collective security threat. This consensus of security for all as opposed to privatizing the war on terror needs to be restored.

And finally – Afghan and the Afghan government should start long term planning for an economic renaissance and increasingly taking responsibility for its economic revival and funding of its security forces. The short-term sources of finance are agriculture, transit and water while long-term economic development of Afghanistan to bring much needed revenues can rely on mining and natural resources development.

*Tamim Asey is the former Afghan Deputy Minister of Defense and Director General at the Afghan National Security Council. He is currently pursuing a Ph.D in Security studies in London. He can be reached via twitter @tamimasey and Facebook @Tamim Asey.

One thought on “Losing A Winnable War – OpEd”