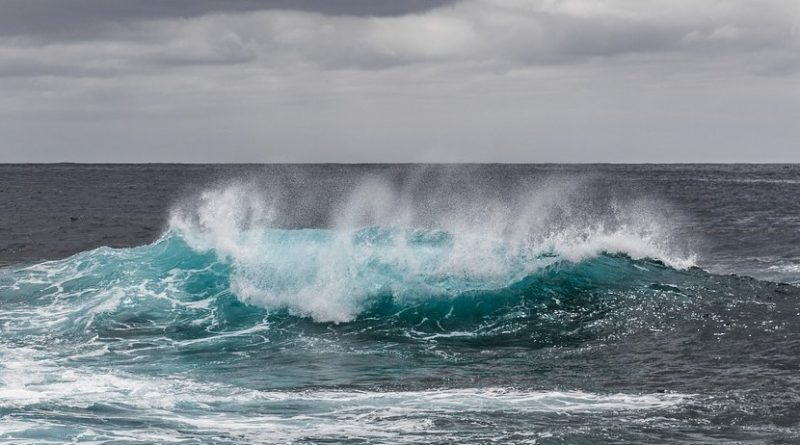 Today’s rising CO2 emissions are changing oceans’ pH levels, making them more acidic. We can already see the harmful effects in the coral reefs. Yet other chemical processes – whose environmental impact is not fully known – are also being affected. A study published in the Proceedings of the National Academy of Sciences (PNAS) in 2011 suggested that ocean acidification is lowering the rate at which nitrous oxide (N2O), an ozone-depleting greenhouse gas (also known as laughing gas), is being produced naturally. Based on this study, it was thought that acidification decreases the natural production rate of N2O. However, new research conducted jointly by scientists at EPFL, Tokyo Institute of Technology and Japan Agency for Marine-Earth Science and Technology (JAMSTEC) has discovered that the process appears to work the other way around, as well.

The research team took measurements in the Pacific Ocean, off the coast of Japan, between 2013 and 2016. They discovered that in the subarctic region of the Pacific – near Hokkaido and the Kuril Islands – the water’s lower pH is causing a significant increase in N2O production. Moreover, they concluded that if pH levels keep falling at the current rate, or 0.0051 units/year – assuming there is no decrease in CO2 emissions – the N2O production rate in that part of the Pacific could rise by 185% to 491% by 2100. And the greenhouse gas effect of N2O is 298 times greater than that of CO2. The study has just been published in Nature Climate Change.

The scientists collected samples at five different sites off the coast of Japan, from the subarctic region to the subtropical region. Then they lowered the samples’ pH levels, triggering the natural process whereby microbes in the water convert ammonium into nitrate, which generates N2O as a by-product. The samples showed a decrease in the ammonium-to-nitrate conversion rate, as in the PNAS study, but also an increase in N2O production. This difference may be due to the impact of pH on the biochemical mechanisms associated with N2O production.

“Our study provides additional proof that rising CO2 emissions are disrupting natural biogeochemical cycles, which are highly sensitive to changes in the environment. However, our conclusions are valid only for the part of the Pacific that we examined. Additional research is needed to see whether the same process is occurring in other parts of the world,” says Florian Breider, the study’s lead author and head of EPFL’s Central Environmental Laboratory (CEL).

Breider, who is a biogeochemist by training and a lecturer at EPFL, believes that by developing models of this process that take into account all environmental variables, scientists could obtain important information for orienting future research. And he suggests that the models address other compounds besides N2O, since many processes are still unknown. “Our study shows that under the right conditions, one greenhouse gas can increase the production of another, more damaging one. So it’s essential that we keep conducting research in this area,” says Breider.