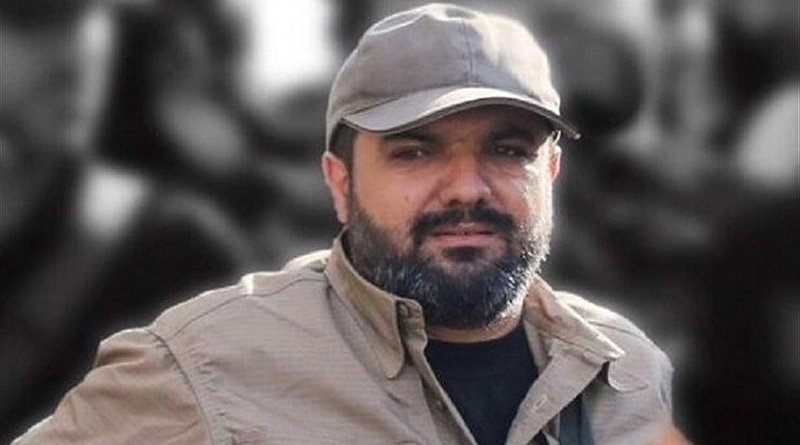 Israel killed a senior commander of Islamic Jihad’s armed wing, Bahaa Abu Al-Atta, in an airstrike on his home on Tuesday, also killing his wife and wounding two of his sons.

Al-Quds brigades responded by firing rockets towards Israeli towns, some threatening the city of Tel Aviv.

Islamic Jihad, in a press statement, threatened revenge for the assassination, saying that Israel would not go unpunished.

“We affirm that the response to this crime will have no limits and will be the size of the crime committed by the enemy and that the occupation will bear the consequences of this aggression.”

Islamic Jihad said Al-Atta was the commander of the northern Al-Quds brigade and a member of its military council, which Israel accuses of being behind rocket fire from the Gaza Strip into Israel in recent months.

Hamas issued a press statement condemning the Israeli attack and threatening it would not allow Israel to “change the rules.”

The statement said: “This aggression will backfire in the face of Israeli occupation and its criminal leaders. Israel started this attack and thus will pay a price for it.”

Hamas accused the Israeli prime minister, Benjamin Netanyahu, of trying to escape an internal political crisis by escalating the situation in Gaza.

“Palestinian blood is a red line, so we will not let the Israeli occupation shed it or turn Gaza into an arena to export its internal crises,” the statement continued.

Israel closed the Erez crossing in northern Gaza, as well as the commercial crossing of Karam Abu Salem in the southern Gaza Strip until further notice, and reduced the area of fishing in the sea to 6 miles after previously expanding it to 15 miles.

A military escalation between Israel and Gaza could evolve into a fourth war, but assuming it may happen would be premature, and would depend on Hamas’s response to the assassination of Al-Atta.

Hamas has more political clout than Islamic Jihad as it is responsible for governing the Gaza Strip and providing services. At the same time, it does not want to help Netanyahu.

Mokhaimer Abu Seada, a professor of political science at Al-Azhar University, said: “Hamas does not seem to be interested in reaching an open confrontation with Israel at this stage due to the difficult humanitarian situation in the Gaza Strip and the political crisis in Israel.”

Although the assassination of Al-Atta is the first of a military leader since the 2014 war, Hamas does not see conditions could lead to further attempts on senior Palestinian figures.

Ibrahim Al-Madhoun, a columnist for the Hamas-affiliated Al-Risala newspaper, said: “I believe Hamas will try to avoid war and only respond to Islamic Jihad to rein in the occupation.

“Hamas realizes that Netanyahu wants to escape his internal predicament and … drag the region to a violent military confrontation.”

But the question remains whether Hamas will be able to control Islamic Jihad. That will depend on “the ability of Egyptian mediators to put pressure on the leadership of Islamic Jihad in Gaza and help Hamas,” said Abu Saeda.