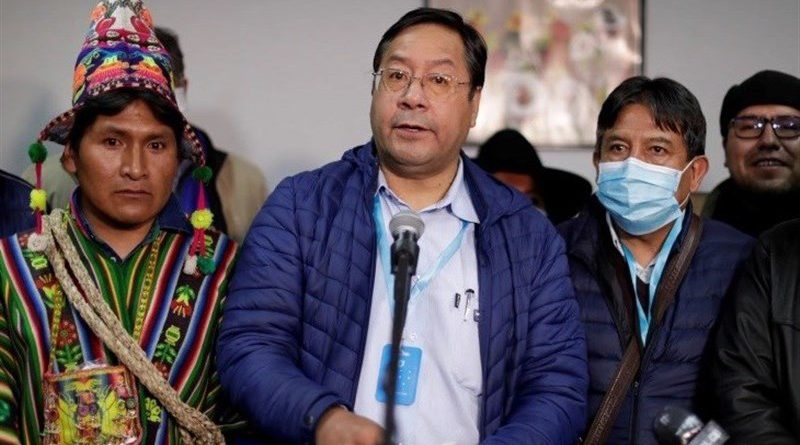 In a tweet on Wednesday, Arce said his government had received the credentials of the Iranian ambassador to La Paz, Morteza Tafreshi.

“They are always welcome in Bolivia. We will continue to reinforce common projects for the benefit of our peoples,” he added.

The Bolivian head of state highlighted the importance of ties with Iran, urging enhanced cooperation with the Islamic Republic in various fields such as energy, industry, medicine, and science.

In an earlier tweet, Arce said that he had received the credentials of Venezuela’s ambassador and that he was restoring bilateral relations with Caracas “to strengthen strategic ties for the good of our peoples.”

Meanwhile, the Bolivian government said in a statement that it wanted to “reestablish diplomatic relations damaged by the previous de-facto government” led by conservative interim president Jeanine Anez.

Arce, of the left-wing Movement for Socialism party (MAS), was sworn in as Bolivia’s new president during a ceremony on Sunday, with Iran’s Foreign Minister Mohammad Javad Zarif and his Venezuelan counterpart, Jorge Arreaza, in attendance.