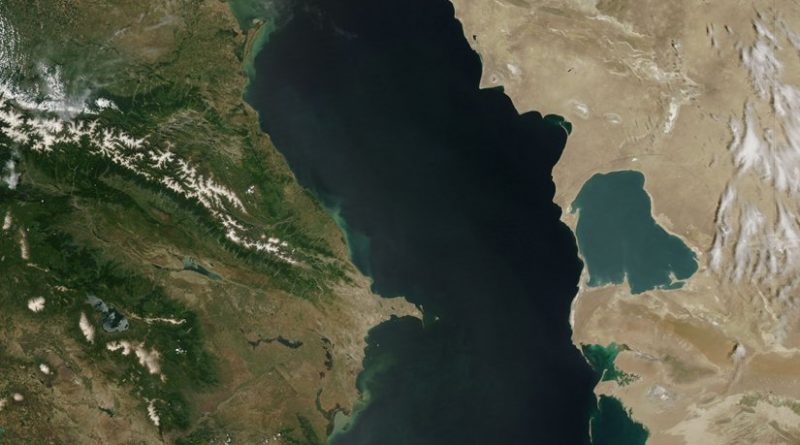 Due to changes in recent geopolitical events, Russia and China cooperate and coordinate politically, militarily, and economically to an extraordinary degree. This new teamwork almost always carries a tinge of anti-Western and anti-American implications.

Russia and China and an assembly of smaller states such as Iran are committed to remove America from its role as sole geopolitical leader in the world. Their collective objective is to capitalize on the lack of an American response to their combined regional and global relevance. The China-Russia Axis now cooperates against American interests in almost every imaginable area. The level of this global cooperation presents a very serious challenge to the global status quo.

The new coordination between China and Russia is not only visible in massive economic agreements that exclude the U.S. dollar but in other areas as well. China has been emulating the Russian strategy of micro-territorial expansion, by claiming various disputed islands in the East and South China Seas. Both nations tend to use their energy resources and other raw materials as strategic leverage in the global economic market. Both Moscow and Beijing have been blamed for large-scale anti-American cyberwarfare, leading to massive intelligence theft and industrial espionage. It is also important to note that China is converting its oil imports into Yuan as opposed to the U.S. dollar and Russia is wholeheartedly behind this maneuver. This is concerning to America as it is anticipated that China will soon assume the role of the world’s biggest oil importer along with its recent achievement of making the Yuan a world reserve currency. Both Russia and Iran are now using Yuan instead of the U.S. dollar for all oil sales with China.

This mutual economic geostrategy is what holds China and Russia together most of all. Their bilateral trade rose to $95 billion in 2014. While the trade numbers are impressive, the reality is that China cannot ignore the fact that U.S. is its top trading partner while the E.U. is for Russia. At this time China cannot afford to sacrifice or isolate the lucrative U.S. market entirely. And while the United States is aware of this “axis of convenience” between Russia and China, the primary task ahead for the U.S. is to determine how to reset its relationship with both China and Russia before it is too late. If the current economic geostrategy is not stopped by 2040, then China’s GDP could be 40% of world GDP.

In addition to Russia, China and Iran have negotiated ways to cooperate on civilian nuclear power as well as increasing their mutual oil business interests. It is clear that China is achieving its goal of having Middle East countries turn to Beijing for economic benefits, weapons trade, and technology. In its fight against the American “Pivot to Asia,” China has turned out to be a skilled and capable negotiator. Maybe that aspect of Beijing’s skill set was underestimated by the policymakers in Washington. While the United States worked diligently to convince allies against supporting Asian Infrastructure Investment Bank (AIIB), China has managed to successfully convince many American allies to support it. The Chinese were proud to announce that not only did American allies like the United Kingdom, France, and Germany sign up as founding members, but Egypt, Israel, Jordan, Kuwait, Oman, Pakistan, Qatar, Saudi Arabia, Turkey, and the United Arab Emirates did as well.

The final insult was the announcement of Iranian membership. That took place while the United States was trying to apply financial pressure on Iran during the final details of the JCPOA. While the Middle East’s pivot to Asia is being positively reciprocated by the Chinese, that itself does not mean that Beijing wants to take on the exact role of the United States in the Middle East. China is not seeking the active role of ‘world cop’ in Middle East conflicts. China would prefer influence by proxy than openly and directly. The risk is easier to estimate and domestic backlash would not be as severe. Beijing has generally avoided the application of hard power thus far in its current era of ascendancy. With the counterstrategy to America’s “Pivot to Asia” policy, it is becoming clear that Beijing understands the true potential of soft power. All of these maneuvers undermine America’s traditional role as global leverager. The conflict in Syria is a perfect illustration.

The United States is trying to engage in very demanding diplomatic talks which include the foreign ministers of Russia and Iran, firm supporters of Assad, and nations such as Saudi Arabia and Turkey, which are opposed to the Syrian regime. It is too early to predict the long-term success rate of these current diplomatic negotiations. The weakness of current diplomatic talks is that they did not produce any agreements to establish areas of collaboration in the air campaigns or to share intelligence or target information in Syria. This lack of military and diplomatic cooperation between Russia and the United States is pushing both sides to resort to the Cold War-style tactics of political agitation and proxy war.

Any potential alignment with Russia could also imply cooperation with Iraq via proxy and that could ostracize Saudi Arabia, Turkey, Qatar, UAE, and Kuwait. The United States is walking a fine line by attempting to court multiple sides while ensuring certain relationships do not escalate into something much worse than the current status quo. It is difficult to wage war when allies do not agree on the enemy. It is even more difficult when the allies are allies only on the particular conflict in question but are in fact adversaries in many other areas of geostrategy. This article illustrates the complexity and difficulty faced by the United States today, as opportunities to cooperate in one arena are off-set by bigger worries in others. Russia may seek American cooperation in Syria, but is actively working with China to weaken American financial dominance in the global market. America may need positive Chinese relations because of extensive trade and debt holdings, but it also has to make note China’s increasing maneuvers with clear adversaries Russia and Iran. Thus any analysis of the global economic market has to consider Syria, while Syrian analyses have to understand the ebb and flow of Asian capital markets. It is indeed a strange new world of war we live in.

About the author:
*Nenad Drca is a former military trilingual linguist who worked across many nations over eight years. He lived and worked on three continents. This experience gave him a deep appreciation for intelligence community. After graduating with BA in Psychology he returned to work for the US Army as a DOD civilian. He expects to graduate next March with Master of Science in International Security and Intelligence Studies degree.

One thought on “A Strange New World Of War: China’s ‘Pivot’ To The Greater Caspian – Analysis”