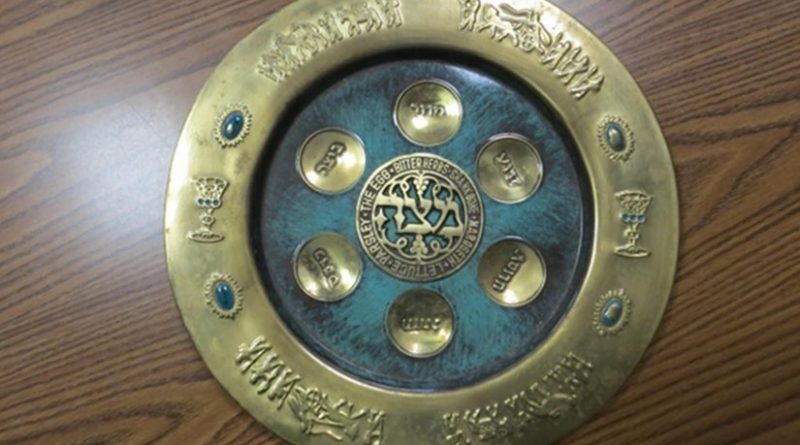 Though it “is and remains an unfathomable divine mystery,” Jews can participate in salvation without confessing Christ explicitly, a Vatican committee said in a document released on Thursday.

A committee of the Pontifical Council for Promoting Christian Unity issued a document Dec. 10 which discusses theological questions regarding Catholic-Jewish relations. In particular, it deals with the tension between the universality of salvation in Christ and God’s unrevoked covenant with the Jewish people.

“Another focus for Catholics must continue to be the highly complex theological question of how Christian belief in the universal salvific significance of Jesus Christ can be combined in a coherent way with the equally clear statement of faith in the never-revoked covenant of God with Israel,” the document states.

“The Gifts and the Calling of God are Irrevocable,” as the Dec. 10 document is known, also discusses the Church’s mandate to evangelize in relation to Judaism. It says that the Church does not support “any specific institutional mission work directed towards Jews,” though “Christians are nonetheless called to bear witness to their faith in Jesus Christ also to Jews.”

The document marks the 50th anniversary of Nostra aetate, the Second Vatican Council’s declaration on the relation of the Church to non-Christian religions. It was produced by the Commission for Religious Relations with the Jews, an office of the Pontifical Council for Promoting Christian Unity.

The document aims “at looking back with gratitude on all that has been achieved over the last decades in the Jewish-Catholic relationship, providing at the same time a new stimulus for the future.”

The text is careful to note that it “is not a magisterial document or doctrinal teaching of the Catholic Church,” but merely “a reflection prepared by the Commission for Religious Relations with the Jews on current theological questions that have developed since the Second Vatican Council.”

It begins by noting Nostra aetate’s role in effecting a “new direction” for the Church, and recounts the development of Catholic-Jewish dialogue since its promulgation. Reflecting on the declaration’s historical context, it comments that “the dark and terrible shadow of the Shoah over Europe during the Nazi period led the Church to reflect anew on her bond with the Jewish people.”

Dialogue between the religions has “led with increasing clarity to the awareness that Christians and Jews are irrevocably interdependent, and that the dialogue between the two is not a matter of choice but of duty as far as theology is concerned.”

The document goes on to note the “special theological status” of Catholic-Jewish dialogue, given Christianity’s roots in Judaism.

In noting the historical context of Christianity, its reflects, “The conflict between Jesus and the Jewish authorities of his time is ultimately not a matter of an individual transgression of the law, but of Jesus’ claim to be acting with divine authority. The figure of Jesus thus is and remains for Jews the ‘stumbling block’, the central and neuralgic point in Jewish-Catholic dialogue.”

The document says that Nostra aetate “unequivocally professes, within a new theological framework, the Jewish roots of Christianity. While affirming salvation through an explicit or even implicit faith in Christ, the Church does not question the continued love of God for the chosen people of Israel.”

On that basis, it says that “a replacement or supersession theology which sets against one another two separate entities … is deprived of its foundations.”

It also represents supersessionism, which it adds gained favor among many of the Church Fathers, as holding that “the promises and commitments of God would no longer apply to Israel because it had not recognised Jesus as the Messiah and the Son of God, but had been transferred to the Church of Jesus Christ which was now the true ‘new Israel’, the new chosen people of God.”

The document then turns to recounting salvation history and the Word of God. It asserts that “for Jews this Word can be learned through the Torah and the traditions based on it. The Torah is the instruction for a successful life in right relationship with God. Whoever observes the Torah has life in its fullness. By observing the Torah the Jew receives a share in communion with God.”

“Judaism and the Christian faith as seen in the New Testament are two ways by which God’s people can make the Sacred Scriptures of Israel their own. The Scriptures which Christians call the Old Testament is open therefore to both ways. A response to God’s word of salvation that accords with one or the other tradition can thus open up access to God, even if it is left up to his counsel of salvation to determine in what way he may intend to save mankind in each instance.”

It adds, “That his will for salvation is universally directed is testified by the Scriptures. Therefore there are not two paths to salvation according to the expression ‘Jews hold to the Torah, Christians hold to Christ’. Christian faith proclaims that Christ’s work of salvation is universal and involves all mankind. God’s word is one single and undivided reality which takes concrete form in each respective historical context.”

Then the document discusses the relationship between the Old and New Testaments and Covenants. It begins by noting that God’s covenant with Israel is irrevocable and that “the permanent elective fidelity of God expressed in earlier covenants is never repudiated. The New Covenant does not revoke the earlier covenants, but it brings them to fulfilment.”

It adds that “The term covenant, therefore, means a relationship with God that takes effect in different ways for Jews and Christians. The New Covenant can never replace the Old but presupposes it and gives it a new dimension of meaning.”

In exploring the relation of the Old and New Covenants, it states, “for the Christian faith it is axiomatic that there can only be one single covenant history of God with humanity,” and then recounts the history of God’s covenants, saying “each of these covenants incorporates the previous covenant and interprets it in a new way.”

For Christians, it says, the New Covenant “is the final eternal covenant and therefore the definitive interpretation of what was promised by the prophets of the Old Covenant. The Church is the definitive and unsurpassable locus of the salvific action of God. This however does not mean that Israel as the people of God has been repudiated or has lost its mission.”

Thus “it should be evident for Christians that the covenant that God concluded with Israel has never been revoked but remains valid on the basis of God’s unfailing faithfulness to his people, and consequently the New Covenant which Christians believe in can only be understood as the affirmation and fulfilment of the Old.”

“Christians are therefore also convinced that through the New Covenant the Abrahamic covenant has obtained that universality for all peoples which was originally intended in the call of Abram. This recourse to the Abrahamic covenant is so essentially constitutive of the Christian faith that the Church without Israel would be in danger of losing its locus in the history of salvation. By the same token, Jews could with regard to the Abrahamic covenant arrive at the insight that Israel without the Church would be in danger of remaining too particularist and of failing to grasp the universality of its experience of God. In this fundamental sense Israel and the Church remain bound to each other according to the covenant and are interdependent.”

From there, the document turns to the universality of salvation in Christ, noting that “there cannot be different paths of approaches to God’s salvation.”

“The theory that there may be two different paths to salvation, the Jewish path without Christ and the path with the Christ, whom Christians believe is Jesus of Nazareth, would in fact endanger the foundations of Christian faith. Confessing the universal and therefore also exclusive mediation of salvation through Jesus Christ belongs to the core of Christian faith. So too does the confession of the one God, the God of Israel, who through his revelation in Jesus Christ has become totally manifest as the God of all peoples.”

It adds, however, that though “there can be only one path to salvation …. it does not in any way follow that the Jews are excluded from God’s salvation because they do not believe in Jesus Christ as the Messiah of Israel and the Son of God.”

“That the Jews are participants in God’s salvation is theologically unquestionable, but how that can be possible without confessing Christ explicitly, is and remains an unfathomable divine mystery.”

It further reflects on “the belief of the Church that Christ is the Saviour for all. There cannot be two ways of salvation, therefore, since Christ is also the Redeemer of the Jews in addition to the Gentiles. Here we confront the mystery of God’s work, which is not a matter of missionary efforts to convert Jews, but rather the expectation that the Lord will bring about the hour when we will all be united.”

While noting Nostra aetate’s importance as a breakthrough theological overview of the relationship of the Church to the Jews, the document notes that because of this it “is not infrequently over-interpreted, and things are read into it which it does not in fact contain.”

Turning to the Church’s mission of evangelization, it says the Church is “obliged to view evangelisation to Jews, who believe in the one God, in a different manner from that to people of other religions and world views. In concrete terms this means that the Catholic Church neither conducts nor supports any specific institutional mission work directed towards Jews.”

“While there is a principled rejection of an institutional Jewish mission, Christians are nonetheless called to bear witness to their faith in Jesus Christ also to Jews, although they should do so in a humble and sensitive manner, acknowledging that Jews are bearers of God’s Word, and particularly in view of the great tragedy of the Shoah.”

The document concludes by discussing the goals of dialogue with Judaism, listing first an increase in mutual knowledge between Jews and Christians; it recommends in particular that Nostra aetate be included in seminary curricula.

“Another important goal of Jewish-Catholic dialogue consists in jointly combatting all manifestations of racial discrimination against Jews and all forms of anti-Semitism, which have certainly not yet been eradicated and re-emerge in different ways in various contexts,” the documented stated.

It added that “history teaches us where even the slightest perceptible forms of anti-Semitism can lead: the human tragedy of the Shoah in which two-thirds of European Jewry were annihilated.”

The document concluded that saying that Catholic-Jewish dialogue can result in joint engagement on issues such as justice, peace, ecology, and reconciliation.

“When Jews and Christians make a joint contribution through concrete humanitarian aid for justice and peace in the world, they bear witness to the loving care of God.”