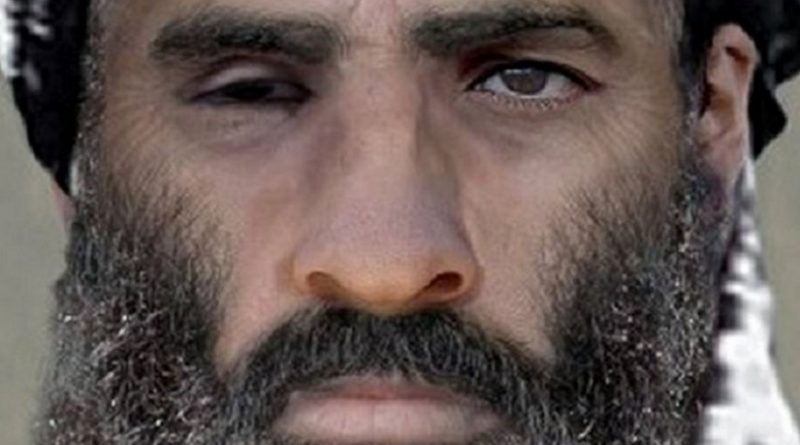 A historical foray into Pakistani actions in Afghanistan suggests that they are not likely to be directed to seek a stable and peaceful Afghanistan unless Pakistan’s aspiration for a pro-Islamabad regime allows it the strategic depth against India is realized.

Though the concept of ‘Strategic Depth’ has been defined primarily in military terms by different experts on military and strategic affairs, it has a broader connotation in reality. Starting from the Soviet intervention in Afghanistan, Pakistan pursued proactive policies towards Afghanistan not only to secure a pliable government in Kabul to acquire military depth against India, but it was also interested to expand its sway into the resource-rich Central Asian region to acquire political and economic depth against India. Economic depth was intended to allow Islamabad natural resources of Central Asia at the expense of India and the political depth to allow Islamabad to gain political support against India on territorial issues like Kashmir and to serve to raise its international standing among the Islamic countries.

Over the years, Rawalpindi maintained links with various radical groups like the Afghan Taliban, Haqquani group and Lashkar-e-Taiba for the promotion its interests in Afghanistan undercutting India’s role. However, the Pakistani concerns remain that its control over these groups was never complete and exclusive. In the past, Pakistan’s lack of control over the Taliban became palpable when the Taliban committed excessive human rights violations during its rule in Afghanistan, contrary to Pakistan’s direction to maintain caution. It did not accept the Durand Line like all the previous regimes that ran against Pakistani interest and destroyed the Bamiyan Buddha statute contrary to the Pakistan’s directive. Many jihadi groups in Pakistan ran against the state after the latter joined the War on Terror. The government’s action against the Pakistani Taliban put Islamabad’s policy of using the Afghan Taliban as a strategic asset in jeopardy given the nexus between both the Taliban groups.

However, Pakistan managed to exercise control over different radical Islamic groups by tapping into the growing anti-Americanism on its soil. Over the years, it has relied on anti-Americanism as a glue to unite and foster its strategies along with radical groups. The surveys of public opinion in Pakistan conducted by Gallup Pakistan and by the Pew Research Centre’s Global Attitudes Project in 2009 pointed to the overwhelming anti-Americanism prevailing in Pakistan. In both the surveys, American policy in Afghanistan received little support.

In view of the current circumstances, with the American forces gradually withdrawing from Afghanistan, Pakistan’s ability to manipulate these radical groups for its own interests also tends to get reduced. The increasing influence of ISIS in Afghanistan would mean the elimination of Pakistani influence there. ISIS has dubbed the Afghan government as a “puppet government” and accused the Taliban of being directed by the ISI of Pakistan. It is likely that many hard-line Taliban members would like to join ISIS to continue jihad, rather than being driven by confused directives from the Taliban leadership. Therefore, Islamabad’s interest to secure a pro-Pakistani regime may turn out to be a distant dream with the ISIS making significant inroads into Afghanistan.

On the other hand, ISIS’ advance would carry with it serious implications for Pakistan’s security and territorial integration. It is argued that in Pakistan, the army’s fight against the Tehrik-I Taliban Pakistan (TTP) could fragment the outfit leaving the power vacuum filled by mullahs likely to be aligned with ISIS. The battle would be fought on Pakistani ground and India is not on the frontline.

The Pakistani control over the radical groups has become slimmer than ever before following the public announcement of the demise of Mullah Omar on July 29, 2015, the supreme head of the Afghan Taliban by the Afghan government. The unity of the Taliban movement has been sabotaged by leadership struggles. Though Omar died in Pakistan in April 2013, Islamabad kept this as a secret for two years just to maintain the fiction that the movement was united and was under its control. This also helped Islamabad prop up the new leader Mullah Akhtar Mansour on its own soil by appointing him by a shura outside Afghanistan and pursue American sponsored peace talks with the Afghan government with the Chinese assistance.

Islamabad was aware of the increased factions within the Taliban movement and its reduced clout over these groups. Mansour does not command enough support within the movement and is seriously challenged by other prominent leaders of the movement. Mullah Abdul Quayyum Zakir, another deputy of Mullah Omar who commands the largest insurgent front inside Afghanistan, is opposed to peace talks and instead is committed to continuing the armed struggle against the Afghan government. Mullah Yaqoob, son of late Mullah Omar, is another claimant of leadership and reserves the support of many of his father’s supporters. Sirajuddin Haqqani, the leader of the Haqqani group may not like to be subservient to any of the factions of the Taliban and continue autonomous military operations. Major attacks on the NATO and Afghan forces were conducted by this group even while the peace process was going on to prove their strength.

ISIS has begun exploiting the differences between the Taliban factions to spread its sway into Afghanistan and fill the resultant power vacuum. It is reported that with the prior knowledge of Mullah Omar’s death, ISIS could persuade five senior Tehrik-I Taliban Pakistan (TTP) officials, a faction of the Islamic Movement of Uzbekistan (IMU) and various Taliban fighters, to shift their allegiance.

Under the present circumstances, Kabul has shown greater interest in increased Chinese economic activity and wants Beijing to use its leverage over Islamabad to bring the Taliban to the negotiating table. It was evident in Murree where Beijing played an important role in encouraging Islamabad to bring an unwilling Taliban for peace talks, but it is becoming almost impossible for China to carry forward peace talks in view of increased factions within the Afghan Taliban movement and Islamabad’s lack of grip over them. ISIS has reportedly called on the Muslim Uighur separatists in Xinjiang to join it for Jihad. In this context, it is prudent for China’s part that it exercise its influence on Pakistan to seek a trilateral cooperation with India.

From an economic point of view, Pakistan’s reluctance to allow its territory being used as a conduit for Indo-Afghan or Indo-Central Asian trade has not only undermined Indian objectives, but it has also not benefited Pakistan much. Indo-Pak cooperation over Afghan issues would benefit both the countries in terms of trade and investment.

Moreover, surveys of public opinion in Pakistan conducted by Gallup Pakistan and by the Pew Research Centre’s Global Attitudes Project suggest that there was a strong public desire for better relations with India even among those sections that considered their eastern neighbour as a major threat. It is time that the Pakistani military along with the Intelligence wing, ISI, stop their dual strategy of fighting terrorism on the one hand and supporting it on the other. The time is ripe for a trilateral cooperation between India, Pakistan and China to ensure a stable and peaceful Afghanistan.