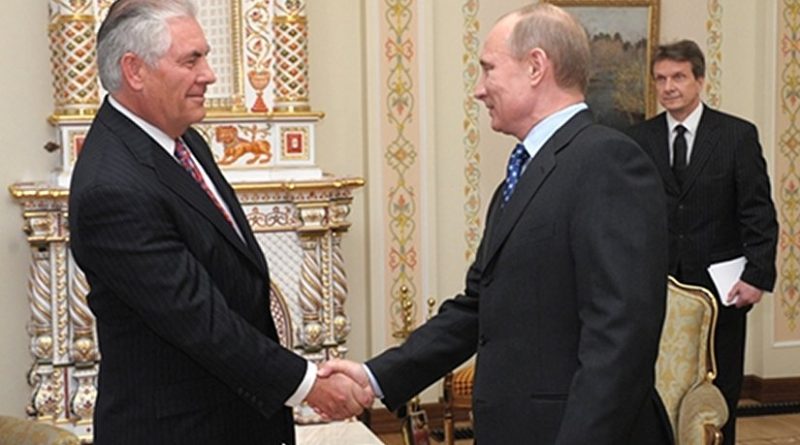 US President-elect Donald J. Trump announced Tuesday his intent to nominate Rex Tillerson, Chairman and CEO of ExxonMobil, to serve as the 69th Secretary of the United States Department of State.

According to a press statement from Trump’s transition team, as Secretary of State, Tillerson “will be a forceful and clear-eyed advocate for America’s vital national interests, and help reverse years of misguided foreign policies and actions that have weakened America’s security and standing in the world. The American people will once again have a world-class leader working on their behalf, enhancing the prospects for peace and prosperity among nations.”

In a statement, Trump said that Tillerson’s tenacity, broad experience and deep understanding of geopolitics make him an excellent choice for Secretary of State. He will promote regional stability and focus on the core national security interests of the United States.”

“Rex knows how to manage a global enterprise, which is crucial to running a successful State Department, and his relationships with leaders all over the world are second to none,” Trump said, adding, “I can think of no one more prepared, and no one more dedicated, to serve as Secretary of State at this critical time in our history.”

Rex Tillerson is a native Texan who earned a Bachelor of Science degree in civil engineering at the University of Texas at Austin. He began his career at Exxon Company, U.S.A. in 1975 as a production engineer.

Home » Trump To Nominate Rex Tillerson As Secretary Of State