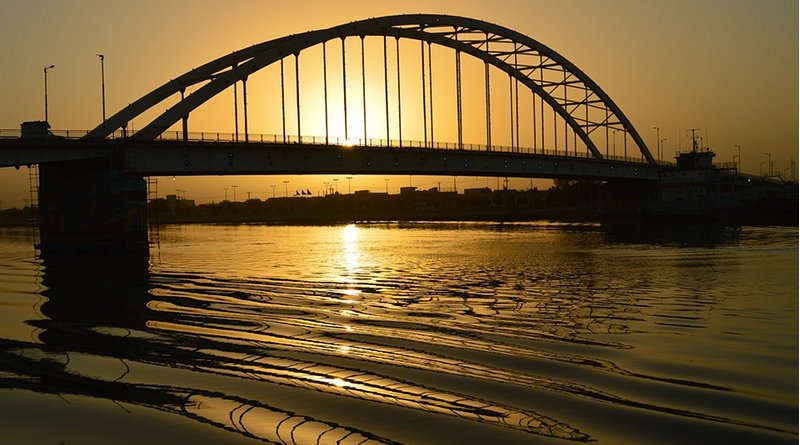 Khorramshahr is one of the southern cities of the oil-rich province of Khuzestan, neighboring the Persian Gulf and Iraq. Its huge oil reserves and access to the Persian Gulf gives particular strategic, economic, and political importance to this city.Resistance and courage of the people of Khorramshahr have a special place in the history of Iran.

Centuries ago, the people of Khorramshahr fought with the Ottoman Empire and are now rebelling against mullah’s regime, one that has cost them many human lives and financial losses.

Below is the narrative of one who has witnessed a series of events in the city’s recent social uprising.

Khorramshahr’s uprising began with the sharp rise in gas prices on November 5t, 2019. At 2 pm, people gather in a large city square and the Motaharri Crossroad, both located in the heart of the city. As evening arrived and darkness was covering the city, the gathering crowd was getting bigger and bigger.

The regime’s security forces, who had anticipated people’s dismay from the gas price hike, had stationed themselves very close to the city’s gas stations and important buildings and offices.After a while, the gatherings grew and as a result, the traffic came to a halt.

The security forces, equipped with shields and weapons, were trying to block the people and intimidate them. The crowd moved toward a gas station and throwing rocks at the gas station, it turned out to ruins, nothing was spared.

The security guards began shooting directly and fired tear gas into the crowd. All of a sudden, everything was messed up. The crowd chose to change direction and on their way, they set fire to many banks and trash bins.

Tall buildings were occupied by security forces, shooting at the crowd from above.

But the raging people, all in high spirits, ignored the shootings and encouraged each other to stay together. When a security guard who had shot at the crowd, was caught by the protesters, he was getting a beating from them and was punished.

After a while, ambulance sirens filled the air. Ambulances were taking care of the injured and beaten up security guards and ignored the ordinary people who were in need of medical care. In a short span of time, 3 youths were shot from a close range at and killed. The crowd tried to hide the youths so they will not be recognized by the guards.

By the order of the regime, most of the security guards were plain-clothed, hard to be identified by the protestors.

These clashes continued into midnight. The next day, the city felt very tense, like a war zone. The main entrances to the city were all blocked by concrete barricades, about half a meter high. The guards were all fully armed. At about 3 pm, the crowd began to form in the center of the city. The guards were quite alarmed and frightened. Every suspicious move from the crowd was responded by tear gas and the use of war weapons.

People were complaining of the road closures and began going towards the main city bazar, and so did the security guards. A few of the protesters were shot and killed and a few places were set fire by the crowd. At about 6 pm, we were in the city center. You could see that any cameras had been installed and most of the crowd were wearing masks, not to be identified.

The crowd began to cut camera wires, buy masks and find ways to thwart the effects of tear gas. Again, a few people were shot at, making the crowd outraged. A few banks and government offices were set fire by protesters and the buildings which were protected by security guards, became the target of rocks, many faced shattered windows.

After some time, riot police arrived armed with machine guns and the population slowly dispersed. Butt on the other side of the city, in the Kut Sheikh area, new Khorramshahr bridge, people continued to clash with security forces between4-5 pm. At first, the bridge was seized by the protesters.

The security commander of the city of Ahvaz, alongside other military and security commanders of neighboring cities came to the aid of the security forces of Khorramshahr. They had one goal in mind, to finish the riot before dawn. They had to do so because first, they were outnumbered by the protesters and had not enough guards, second, they could not agree on how to deal with the situation in Khorramshahr.

Although we were gathered opposite to them, we could hear gunshots and arguments.It was obvious that there were disagreements. Overall, the security was heightened and much ammunition had been brought from other places. In a savage and lethal attack, the security forces were able to take back the bridge from the protesters. Many of the protesters were shot at and lost their lives.

The road was closed for several days. The forces of the Ministry of Intelligence have begun raiding people’s homes, looking for those protesters whom they have so far identified and arresting them. The family of those who died were fined 50million tomans in order for the body to be released. They were not allowed to have any burial ceremonies and had to announce that their deaths have happened because of natural causes.