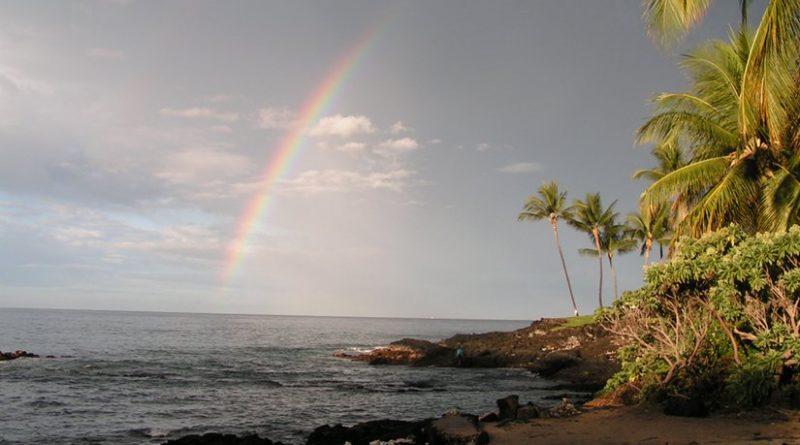 Ige told reporters Saturday afternoon (local time) that he is “angry and disappointed” by the situation. “Today is a day that most of us will never forget — a day when many in our community thought that our worst nightmares might actually be happening,” he said.

Questioned repeatedly by reporters about how such a mistake could happen, the governor said his administration is doing everything possible to make sure it does not happen again.

​The administrator of Hawaii’s Emergency Management Administration, Vern Miyagi, told reporters that the person responsible for the erroneous message “feels terrible” about it. Told by reporters that emergency sirens had actually gone off in some communities, Miyagi said he would have to look into the matter.

Hawaiians described panic when they got the emergency alert Saturday morning on television, radio, email and mobile devices.

Shortly after 8 a.m. local time in the U.S. Pacific Island state, Hawaii residents got the message, “BALLISTIC MISSILE THREAT INBOUND TO HAWAII. SEEK IMMEDIATE SHELTER. THIS IS NOT A DRILL.”

Hotel guests were herded into basements, while residents tried to find the safest places inside their homes. Some people were seen on video opening manhole covers to shelter underground.

Donna McGarrity of Oahu was at home with her 30-year-old son when they got the alert. She said they took shelter in the center of the house, where she called her daughter in Vancouver, “just to actually tell her I love her, just in case we got bombed,” she told VOA.

The mistake was discovered within 20 minutes, but it took 38 minutes for state officials to issue a correction on mobile devices, which brought criticism from islanders, government officials and the media.

Hours later, McGarrity said she and her son are still shaken.

“We just kept looking it up just to make SURE that it was, you know, a false alarm,” she said after the event. If it had been real, she said, they had been told a missile could have hit as soon as 12 minutes after the alert.

“I’ve never had anything like this happen, where it could be imminent, where in just a couple of minutes we could all be dead,” she said.

“It was a mistake made during a standard procedure at the changeover of a shift,” he said, “and an employee pushed the wrong button.”

The White House sent out a statement by deputy press secretary Lindsay Walters: “The president has been briefed on the state of Hawaii’s emergency management exercise. This was purely a state exercise.”

The U.S. Navy’s Pacific Command also confirmed that the alerts had been sent in error.

“USPACOM has detected no missile threat to Hawaii,” U.S. Navy Commander Dave Benham said in an email message. “Earlier message was sent in error. State of Hawaii will send out a correction message as soon as possible.”

Ajit Pai, chairman of the U.S. Federal Communications Commission (FCC), tweeted Saturday that his agency was launching a “full investigation” into the false wireless emergency alert. The FCC has jurisdiction over the nation’s emergency alert system.

U.S. Senator Brian Schatz of Hawaii tweeted, “What happened today is totally inexcusable. The whole state was terrified. There needs to be tough and quick accountability and a fixed process. … There is nothing more important to Hawaii than professionalizing and fool-proofing this process.”

State House of Representatives Speaker Scott Saiki released a statement saying, “This system we have been told to rely upon failed and failed miserably today. I am deeply troubled by this misstep that could have had dire consequences. Measures must be taken to avoid further incidents that caused wholesale alarm and chaos today.”

​Saiki’s statement continued, “Apparently, the wrong button was pushed and it took over 30 minutes for a correction to be announced. Parents and children panicked during those 30 minutes. The Hawaii House of Representatives will immediately investigate what happened and there will be consequences. This cannot happen again.”

“You can only imagine what kicked in,” Gabbard said. “This is a real threat facing Hawaii, so people got this message on their phones and they thought, ‘We have 15 minutes before me and my family could be dead.’”

Hawaii Senator Mazie Hirono tweeted a reassurance that the alarm had been false, adding, “At a time of heightened tensions, we need to make sure all information released to the public is accurate. We need to get to the bottom of what happened and make sure it never happens again.”