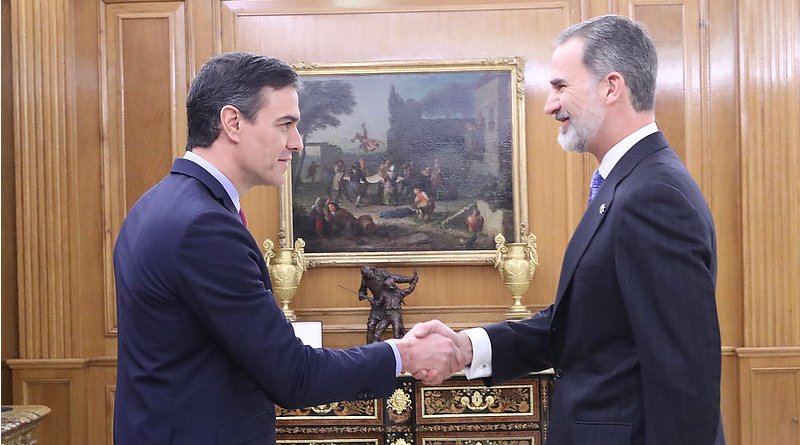 Spain’s Prime Minister Pedro Sánchez attended the ceremony to swear in the 22 members of his new cabinet by King Felipe VI at Zarzuela Palace, the composition of which he had notified the King on Sunday.

The 11 male ministers and 11 female ministers were sworn in before a copy of the Spanish Constitution in the Audience Hall, starting with the Minister for Justice, who acted as the Commissioner for Oaths of the Kingdom of Spain during the rest of the ceremony.

Following the event, the members of the government went to the headquarters of their respective ministerial departments to perform, in those cases with a change of minister, the handover of the ministerial portfolio. The first Council of Ministers of the new government will be held at Moncloa Palace on Tuesday, after which Pedro Sánchez will offer a press briefing.

The decrees on the re-structuring of the ministerial departments and of the four vice-presidencies of the government were published in the Official State Gazette on Monday, together with the appointments of the members of the government.