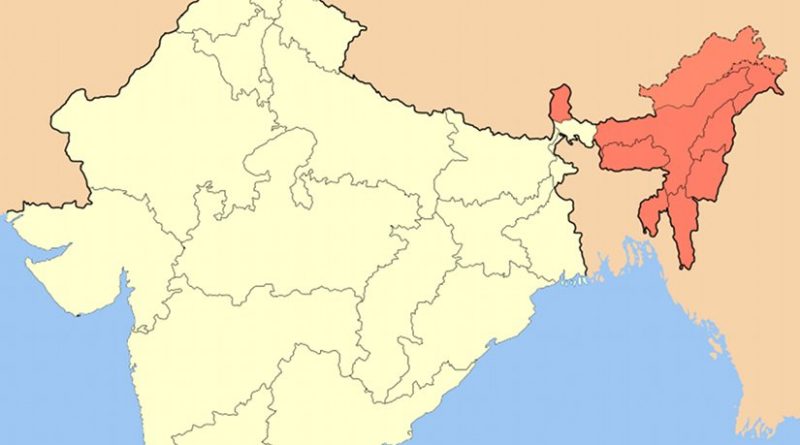 On 6 April 2000, Prafulla Kumar Mahanta, then Chief Minister of Assam presented a statement detailing the activities of the Pakistani Inter Services Intelligence (ISI) in the state legislative assembly. Its document titled, ISI Activities in Assam, was the first ever attempt by the Assam government to compile the strategy by Islamic militant outfits in Assam. Although the alarmist prediction of the document has largely been unfounded in subsequent years, it has served as a key reference material to periodically blow a mostly dormant threat out of proportion.

In a nutshell, the document termed the growth of Islamist militancy as an ISI-initiative and went on to elaborate a six-point strategy of the Pakistani agency to provide support to local militant outfits; create new militant outfits along ethnic and communal lines; supply explosives and sophisticated arms to various terrorist groups; indulge in sabotage; promote fundamentalism and militancy among local Muslim youth; and promote communal tensions between Hindus and Muslims.

A glance through some of the statements made by different ministers and police officials in Assam since the year 2000, provides a conflicting scenario regarding the potency of ISI-promoted Islamist militancy in the state. For example, on 10 August 2004, the then Assam Home Minister Rockybul Hussain stated that his government did not have any direct evidence of ISI activities in the state. Interestingly, on the same day, Mr. Hussain filed another reply acknowledging the activities of various ISI-backed fundamentalist organisations in Assam.

In the next two years, the Assam Police department sought to shift the blame from the ISI to the Bangladesh-based Jamatul Mujahideen. Speaking at an annual conference of Director Generals of Police (DGPs) and regional heads of various security agencies in Guwahati in November 2006, the then Assam DGP DN Dutt claimed that the “Afghanistan-trained rebel-led Jamatul Mujahideen” is not only controlling Islamic militant outfits in Bangladesh, but is also reaching out to other non-Islamist groups across the Northeast. In the same conference, the intelligence chief of Assam police, Khagen Sarma, indicated that “around 200 youths trained in Bangladesh by the Harkat-ul-Mujahideen (HuM) and the JM have been arrested from different parts of Assam since 2001”.

In July 2009, Rockybul Hussain, Assam’s forest minister replying on behalf of Chief Minister Tarun Gogoi who held the Home portfolio, indulged in another round of panic mongering. He indicated that 182 cadres of only two Islamist groups – the Muslim United Liberation Tigers Front of Asom (MULTA) and the HuM are operating in Assam, with the former being more active. In August 2012, the Ministry of Home Affairs (MHA) in New Delhi, joining the chorus, identified 14 Islamic radical organisations who it stated were trying to ferment trouble in Assam.

Truth and facts on the ground, amid such incongruous claims, remain a casualty. The fact remains that the Islamist militancy in Assam, in its entirety, has remained at best a fringe movement, failing to both attract cadres and also to upgrade the quality of arms in its possession. Attacks involving the outfits were few and far between, failing to parallel the tactics of both mainstream outfits such as the United Liberation Front of Asom (ULFA) and also the peripheral groupings of the Dimasas and Karbis. Throughout its existence, the activities of the Islamist militants remained confined to a couple of lower Assam districts, along the international border with Bangladesh.

The arrests of cadres, mostly in situations which did not involve any armed encounters, thus, represented a persistent weakness in the movement and a lack in the commitment of foot soldiers, rather than any counter-insurgency successes for the state. As a senior serving Assam police official told the author in 2005, “It was very much possible to convince an Islamist cadre to surrender through an half hour persuasion”. More importantly, the formation of political parties seeking to espouse the cause of the Muslims led to the swift closure of the narrow window for radical mobilisation, which could have contributed to the growth of these Islamists. The installation of the Awami League (AL) government in Bangladesh in 2008 and its initiation of a range of steps to bring the activities of the North-eastern militants to a close, effectively sealed the fate of the Islamists in its entirety.

It may be useful to locate the source of such alarmist projections in the attempts made by various agencies – both state and central – to bring the North-eastern Islamists under the broader global jihadi umbrella, and subsequently under the American radar, especially in a post-9/11 era. The state governments in the Northeast, the media, as well as select commentators, are willing players in the game for selfish motives. The sheer inconsistency in the assessment on Islamist militancy bears testimony to this.

The issue of Islamist militancy also did not find a mention in the address of the Assam Governor in the two-day Conference of Governors convened by President Pranab Mukherjee in New Delhi on 11-12 February 2013. JB Patnaik chose to only highlight the growing influence of the anti-talk faction of the ULFA and the Maoist insurgency. However, as the trend demonstrates, this does not signify in any way, the end of doom-laden assertions on Islamist militancy in Assam.