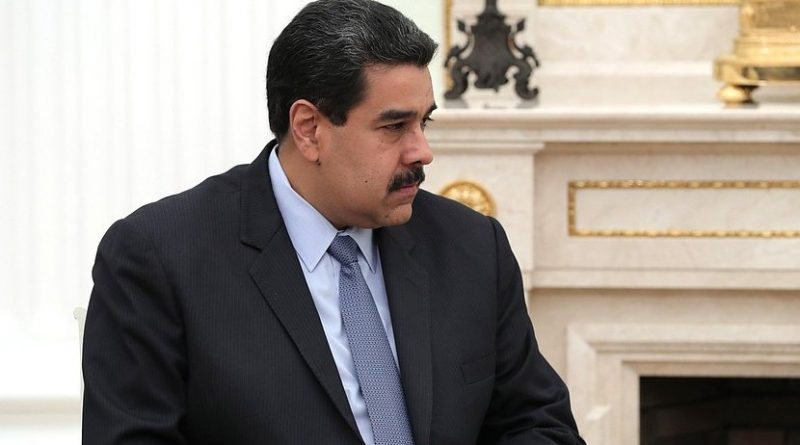 US Secretary of State Mike Pompeo said last week that Hezbollah “has active cells” in Venezuela, adding that it and Iran are “impacting the people of Venezuela and throughout South America. We have an obligation to take down that risk for America.”

Some observers dismissed Pompeo’s remarks as an escalation in the war of words between the US and Venezuela’s President Nicolas Maduro — rhetoric without basis in reality.

In 2017, when Pompeo was still CIA director, he also warned that Iran and Hezbollah’s growing presence in Venezuela posed a serious threat to the US. In February of that year, the US sanctioned Venezuela’s then-Vice President Tareck El-Aissami for his links with Hezbollah and drug trafficking. El-Aissami has been Venezuela’s Minister of Industries and National Production since June last year. He had served previously as minister of the interior and justice from 2008 to 2012, governor of Aragua from 2012 to 2017, and vice president of Venezuela from 2017 to 2018, when he was sanctioned.

In June last year, the US Treasury Department designated two Venezuelan-based supporters of Hezbollah, Ghazi Nasr Al-Din and Fawzi Kan’an, along with two travel agencies owned and controlled by Kan’an. At the time, Adam J. Szubin, Director of the Office of Foreign Assets Control at the Treasury, lamented that: “It is extremely troubling to see the government of Venezuela employing and providing safe harbor to Hezbollah facilitators and fundraisers.” He vowed to “continue to expose the global nature of Hezbollah’s terrorist support network.”

In fact, Hezbollah’s presence in Venezuela goes back many years, is well entrenched, and enjoys the support of high-ranking government officials. The US has managed to capture and prosecute several key collaborators with Hezbollah’s network in Latin America, including Venezuela. This extensive network engages in money laundering, drug trafficking and arms smuggling in an integrated and highly effective manner to provide Hezbollah with both the funds and arms it needs for its worldwide operations.

In Venezuela, Hezbollah’s footprints are so deep and widespread that, even if the current crisis ends with a victory for the opposition, led by Juan Guaido, it would be extremely difficult for him or any other future Venezuelan government to stamp out the organization’s presence and influence.

In the current crisis, Hezbollah has come out very strongly in support for Maduro, as have Iran and Syria.

Exposing the full extent of the Maduro government’s relationship with Hezbollah and the entanglement of senior officials with the group will make a strong argument in favor of Guaido, because Hezbollah is involved in serious criminal activity in Venezuela (and elsewhere), including drug trafficking, money laundering and arms smuggling. The US in particular will feel obligated to address more forcefully Hezbollah’s presence in Venezuela. If the US is going around the Middle East and elsewhere to counter the malign activities of Iran and its proxies, and their attempts to circumvent US sanctions, it should do the same in Venezuela, virtually America’s own backyard.

Regardless of how the Venezuelan crisis evolves, the US and its allies should redouble their efforts to counter Hezbollah’s attempts to increase its influence and malign activities in Venezuela. Like other terror organizations, Hezbollah thrives in crises, taking advantage of ungoverned spaces in Venezuela and near its borders to increase its activities. As Iran and Hezbollah are squeezed by US sanctions, they are exploiting loopholes and gaps in sanction enforcement. Venezuela provides an ideal situation for them, with a sympathetic government that is preoccupied with its own survival.

Unable to deal with Iran’s growing poverty, economic crisis, and the COVID-19 epidemic that has ravaged the country, the regime’s