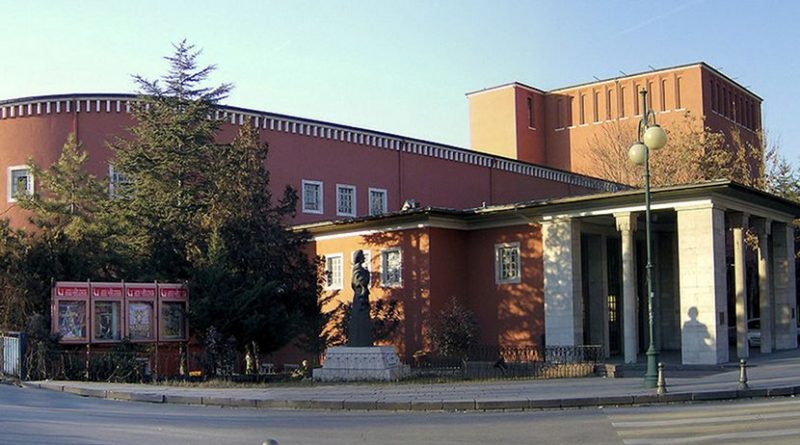 In the Ankara opera, we had the opportunity to watch Aida opera of Giuseppe Verdi (1813-1901) on the 18th of January 2020 Saturday evening. Aida was staged for the first time in the first opening of the Cairo Hidiv Opera House in 1871. While Hidiv ordered this work for Verdi, he agreed with Verdi by paying 150 thousand Francs instead of the standard 50 thousand Francs. The work has become more and more popular after Milano LaScala and Paris opera staging. It has been repeatedly staged all over the world every year.

The opera is based on an ancient story which was written thousands of years ago on Egyptian papyrus. Archaeologists and scientists dealing with the history of ancient Egypt translated the historical papyrus writings into modern languages in the early 1900s, which later became novel and then theater plays. Giuseppe Verdi liked the story of Aida very much. He first made a little piece of music, then made a overture. When the Hidiv’s order came, he reproduced, enlarged, transformed the overture into a magnificent four-act opera.

Before watching the opera, your writer listened to the music for hours with CDs in the car, at home, at work, he got his mind in practice, and memorized melodies.

Aida, soprano Feryal Türkoğlu and Amneris, MezzoSoprano Ezgi Karakaya performed great voices as if they were competing with each other. Ramades character Tenor Koray Damcığlu, Amonasro Eralp Kıyıcı were amazing.

The hall was full, the balcony was full, both sides were full of viewers. When the four-act Opera was over, we all applauded long and long artists standing together. We had a wonderful, amazing night.

Later in this season, after the Ankara opera house, it will be on the Ankara Congresium stage. Later, Aida will take part in Istanbul Zorlu PSM and Antalya Aspendos stages. Do not miss the Aida opera this season, it has been a magnificent staging.