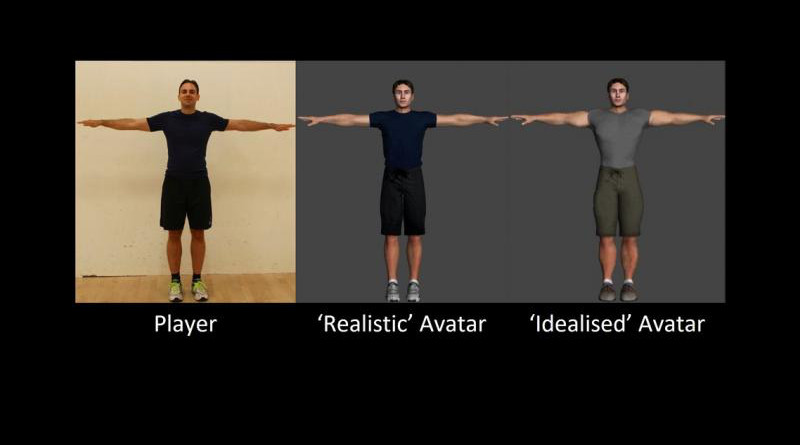 If you’ve ever played an immersive game using virtual reality (VR) technology, you’ll be familiar with the concept of customising an avatar to represent you. Most people design an aspirational, buffed-up version of themselves, but new research from the University of Bath suggests you should temper your vanity when the game is for fitness, as your performance improves when they compete against an avatar that more closely matches your authentic self.

The Bath study explores the effects of two types of customisation (idealised and realistic) in an immersive bike racing exergame. The findings are presented in a paper that has received a prestigious Best Paper Award from the CHI Conference on Human Factors in Computing Systems, due to take place in Hawaii next month.

“The game pushed people to their limits for 30 seconds to see how hard they could exert themselves over a short time. When they competed against their realistic avatar, they were 3% faster than when with their idealised avatar – in other words, they exerted themselves 3% more. We believe that over time, as fitness is increased, the gap in effort would grow.”

Ms Jeffery said: “This study is the first of its kind, blending both quantitative and qualitative methods to give a deeper understanding of the effects of avatar customisation on motivation within virtual reality exercise games. It has the potential to influence further research in this field, and has given me a well-needed boost for my own PhD study.”

Dr Lutteroth said a possible explanation for the positive effect of the realistic avatar is a mechanism known as feedforward. This describes the motivation and performance gains that come from competing against a self-model that you can readily identify with. A generic and idealised self-model are likely to lower the feedforward effect by reducing self-recognition.

Explaining the significance of his research, he added: “Many people struggle to meet the recommended levels of physical activity, with 40-65% of those who begin exercise regimes dropping out within three to six months. Combining exergames with VR has revolutionised the possibilities for health interventions, creating an immersive experience with possible attentional distraction from physical exertion. If we can persuade people to stick with their exercise programmes through self-identification with their avatar, that will be a move in the right direction.”