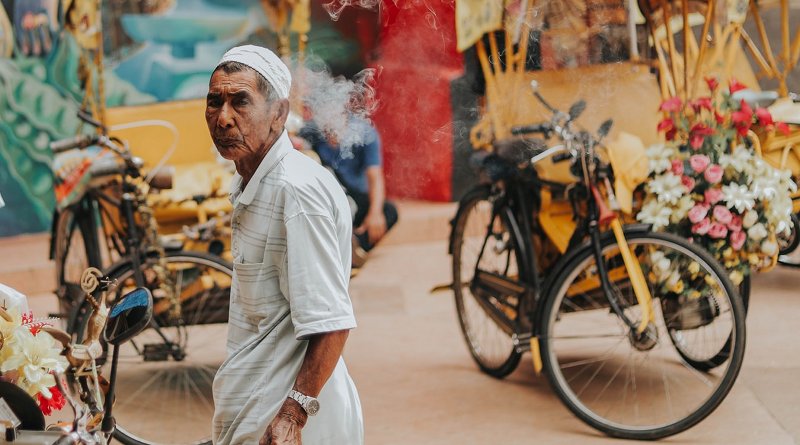 Man in Malaysia. Photo by Firdaus Roslan on Unsplash

Malaysia’s Pakatan Harapan government, a multiracial, urban-dominated reform coalition, will very soon be forgotten as only a short blip in the country’s political history unless it can regroup, re-motivate and get onto the business of being a formidable opposition once again.

Before the May 2018 general election, there was an atmosphere of hope and anticipation by many for change that goes all the way back to 1998 when then Prime Minister Mahathir Mohamed dismissed Anwar as finance minister and deputy prime minister and jailed him in a trial regarded universally as a sham.

From that day on Anwar Ibrahim became a martyr, synonymous with reform and, despite frequent professions of amity, a lifelong foe of Mahathir, who lost no love for him either. The opposition leader, from within jail and out, managed to unite a wide diversity of NGOs and most of the opposition parties against the then Barisan Nasional government. But it took 20 years and reports by the Sarawak Report, the Wall Street Journal, Asia Sentinel and others to expose what is now known as the 1Malaysia Development Bhd scandal which tainted Prime Minister Najib Razak as a complete crook.

The 1MDB scandal and other issues made Mahathir, who had retired in 2003 and spent the next 15 years sniping at his successors, into an implacable enemy of Umno and Najib, who nonetheless had been almost universally expected to hold onto power. There seemed to be an air of disillusion with the electoral process and apathy during the campaign. However, voter turnout was more than 82 percent. The Pakatan Harapan coalition defeated Najib, who was prevented from fleeing the country in a private aircraft for Indonesia. The surprised public instantly became euphoric, celebrating in the streets.

Many Malaysians believed they would now get the reform and change they had long hoped for. However, the defeat of the Barisan exposed a very complex electorate. Different groups of voters made their decisions for different reasons. Non-Malays saw the removal of the Barisan as the end of a dark apartheid era into one in which every citizen would be regarded as equal, as was promised in the Harapan manifesto. In contrast, many urban, professional and middle-class Malays hoped that Mahathir would clean up the mess the country was in. Voters in rural Malaysia, particularly in Kelantan and Terengganu, didn’t switch at all. They went to the rural Islamist Parti Islam se-Malaysia, or PAS. The small northern state of Perlis remained staunchly Barisan.

There is now a deep polarization in the electorate between those who want a Malaysian Malaysia and those who want a Malay Malaysia. This was a massive dilemma for the reform government, and without electoral reform will shape politics in Malaysia for generations to come.  A major part of the Malay electorate see reform as a threat to special privileges they have received since the advent of the New Economic Policy, an affirmative action policy for the Malay majority, in 1971.

Three generations of education and political narrative have created this sense of privilege, which is deeply engrained in rural Malays. These sentiments are being played upon politically to the point where the government has had to stall decisions about child marriage and reverse its decision to ratify the International Convention on the Elimination of All Forms of Racial Discrimination (ICERD).

In addition, the Pakatan government was subjected to pressure from sections of the Malaysian royalty, which led to the reversal in ratifying the Rome Statute, a prelude to joining the International Criminal Court, and the resignation of Johor Chief Minister Osman Sapian.

Pakatan Harapan missed many opportunities. First was to reform the electoral system, so it would be a level playing field for all political parties. They seemed to have very little sense of urgency on this matter, a major tactical mistake, since the country has been gerrymandered into districts favorable to the Barisan Nasional coalition.

Secondly, they missed the opportunity to develop grassroot networks in both rural and urban areas to show they were making a difference to peoples’ lives. Reviving local government elections could have been an electoral gamechanger for Pakatan Harapan to use as a base to build long-term support federally. This was another issue that took a back seat in during the Pakatan Harapan period.

The coalition made election promises it couldn’t and shouldn’t have kept, such as abolishing the Goods and Services Tax (GST), which forced the government to restrain spending, and cut subsidies. The Shared Prosperity Vison 2030 was too little, too late. With the economy stagnating from the Covid-19 virus measures, people were suffering when the PH government was collapsing. Although social media showed great anger towards those who caused the collapse, a recent survey indicated that 59 percent of lower income voters supported the formation of the Perikatan Nasional government.

In May 2018, Lim Guan Eng was allowed to cut subsidies to fishermen and rubber tappers to destroy the credibility of the Democratic Action Party (DAP). Former Education Minister Maszlee Malik was allowed to implement his pseudo-Islamic agenda within the education system to inflame public anger towards Pakatan Harapan. Thus it could be argued that Mahathir wanted the Pakatan government to eventually make way for a Malay-dominated one from the outset.

However, this long-term Mahathir aspiration was scuttled in the ensuring days after the Pakatan Harapan Presidential Council meeting on February 21 which was designed to ensure that Anwar would become prime minister by the end of the year. Azmin’s move sabotaged this decision and led the country into a comical scrum for leadership, where alliances were developed and abandoned within hours, leading to conflicting statements by the prime players all that week. It looked like personality politics at its worst, almost totally nonsensical.

The way the political turmoil of that week unfolded indicated that Azmin acted without full knowledge of Mahathir. Mahathir as the planned guest of honor at a Sheraton Hotel dinner on February that was designed to realign the coalition along Malay supremacy lines strangely did not arrive. Soon after, the 94-year-old premier surprised everybody by resigning as prime minister and as chairman of PPBM. He created a power void for events to unfold, which appeared to be totally out of control for a few days, until the Yang Di-Pertuan Agong, or King intervened. Mahathir’s and Anwar’s toing and froing amounted to a major tactical mistake, which left it open for Muhyiddin Yassin to step in and assemble a Malay-dominated government.

Muhyiddin himself is a maverick. Famous for his “I am a Malay first” statement, he was sacked as deputy prime minister by former prime minister Najib Razak over their disagreement about the 1MDB issue. He built PPBM together with Mahathir to oppose UMNO, teaming up with the then Pakatan Harapan opposition.

The coalition lost the battle for hearts and minds in the Malay heartlands. It was Mahathir last GE14 who convinced some of the Malay electorate that a change was necessary to cleanse UMNO. That just got PH across the line to form a new government with a very slim majority. It took a few months of defections from UMNO to Bersatu to give PH a safe working majority in parliament.

This is a great victory for the Malay elite, who have installed a government in their own image. The country is once again ruled by a group of interconnected families who are set to look after the interests of their privileged groups. Maintaining Mukhriz Mahathir as the chief minister of Kedah, and overtures to his father Mahathir, indicates this. Malaysia is set to be governed through a “Malay Agenda” policy orientation, with a much stronger Islamic slant. The rights of minority Orang Asli groups will continue to be oppressed, and other races will be kept away from the inner circles of government.

When the political pendulum swings, it usually replaces one paradigm with an opposite one. In this case multi-racial reform for a Malaysian Malaysia is been stumblingly replaced with a Malay-dominated administration bent on creating its vision of Malaysia. The government is led by the elite Malays, some with royal connections, Malay technocrats, the Islamists and some token non-Malays. It was only the failings of the last Najib-Malay government and the crossover by one of the Malay-patriarchs Mahathir that allowed the experiment in reform to take place in the first place, albeit for 21 months.

Remember there are downsides to a Malay-dominated coalition government. Insecurity, impatience, greed, envy, and feeling passed over for jobs will lead to destabilization of the Perikatan Nasional Government. Some of these rumblings are even coming now. There are also two diverse strands of Islamic thinking within the cabinet that could erupt into differences. There is a sizable group of kleptocrats without any position within the new government, where the possibility of another coup is always there.

The bloated ministry of the new Perikatan Nasional government of 31 cabinet ministers, and 38 deputy ministers symbolizes jobs for all, as was previously done under the old Barisan Nasional. The appointment of Zafrul Tengku Abdul Aziz as senator and minister of finance maintains a strong link to the kleptocrats of the last BN government. The appointment of Dr Zulkifli Mohamed al-Bakri as a senator and minister for religious affairs signifies a rise of the Islamize within the Perikatan Nasional government. Together with eight PAS ministers, no previous federal government had such an Islamic inclination.