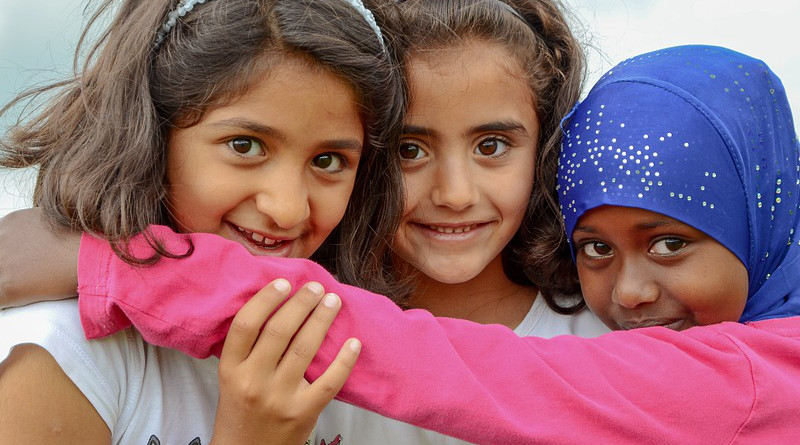 Croatia’s willingness to accept some unaccompanied refugee children in Greece has drawn predictions that the state will be forced to accept many of their relatives as well. BIRN checked whether this is true – and whether international documents and agreements mandate this.

After Prime Minister Andrej Plenkovic said that Croatia was ready to take in some child refugees trapped in refugee camps on Greek islands, hostile comments on social networks condemned the idea, some claiming that parents and wider relatives would then accompany the children – some of whom might be extremists.

An article on the right-wing website Paraf, for example, called “By Law, We Must Receive All of Them – Up to 20 Relatives May Appear with Each Sheltered Child of a Migrant”, quoted an expert as warning that there was an important “trick” in the UN convention on children’s rights.

It claimed that under the UN convention, not only the child’s relatives but those relatives’ spouses – and more than one spouse in case of a polygamous marriage – “may appear together with every unaccompanied child”.

“They can also have several women and a large number of children, close to [the number] of residents of some of our smaller villages. And we will have to receive all of them if we are to shelter such a child,” the expert source told Paraf.

The background to the row is the growing crisis over refugees and migrants in EU border state Greece.

According to the European Commission, about 5,500 of the 42,000 or so refugees and migrants currently hosted on the Greek islands are unaccompanied minors.

Germany then responded on Monday by saying it might take in “an appropriate share” of the most needy children in overcrowded Greek migrant camps. The plan is to help between 1,000 to 1,500 children identified as being particularly in need.

Plenkovic also expressed a desire on Croatia’s part to accept a number of unaccompanied children, though Zagreb not said how many children it might receive.

BIRN fact-checked whether it was true that unaccompanied refugee children would likely bring with them numerous relatives under the guise of family reunification.

Out analysis showed that in fact, even when a family member from whom the child is separated is found, the procedure does not allow all wider family members to enter into the process of family reunification.

Bozo Vrkljan, director of the Dugave Centre in Zagreb, which provides welfare services to children without families, told BIRN that all previously accepted unaccompanied children at their centre had a designated special guardian.

This person could be employed by the Social Welfare Centre, the Red Cross, or be an educator. He had no recollection of spouses of polygamous unions entering into the equation. “We have not had cases of polygamous marriages and such situations regarding the takeover of a child,” Vrkljan said.

BIRN also checked UN Convention on the Rights of the Child, which was quoted in the Paraf article under an incorrect name, and it also does not prescribe that the whole family needs to be reunified.

No provision says that any particular country must accept all members of a separated family. It focuses primarily on reunifying parents and children, and on the right of the child to “not be separated from his or her parents against their will, except when competent authorities determine, according to the law, that such separation is in the best interests of the child”.

The right to family reunification for persons granted international protection is regulated in Croatia by the Law on International and Temporary Protection and the Law on Foreigners.

“Exceptionally, another relative may be considered a member of the immediate family if there are particular personal or serious humanitarian reasons for family reunification in Croatia,” the law says. “In the case of a polygamous marriage” it says, “family reunification will be granted to only one spouse.”

It said the process is “extremely difficult for persons who are in war-affected countries and who are significantly restrained from leaving the country themselves, as well as entering the country where the Croatian diplomatic mission or consular mission is located”.

The report noted many other administrative obstacles, such as having to obtain various documents translated into Croatian.

Several international documents recognise and regulate the right to family life and the principle of family unity.

Since 2003, the European Union Family Reunification Directive, which applies to all Member States except Denmark and Ireland, sets out common rules on the exercise of the right to family reunification by third-country nationals residing lawfully in the Member States.

“Family reunification should apply in any case to members of the nuclear family, that is to say, the spouse and the minor children,” the Directive said.

It adds that it is for Member States to decide ”whether they wish to authorize family reunification for relatives in the direct ascending line, adult unmarried children, unmarried or registered partners as well as, in the event of a polygamous marriage, minor children of a further spouse and the sponsor [third-country national residing lawfully in a Member State, applying for family reunification]”.

The United Nations Children’s Fund, UNICEF, warned in 2015, when Europe faced the big influx of migrants and refugees, that the directive was “far from a straightforward document”.

It called on the EU and its Member States to extend the right to family reunification beyond the nuclear family. “UNICEF recommends a culturally-sensitive definition of family, which constructs family on a case-by-case approach, based on blood relations but also on de facto personal ties and dependency,” it said in a report called “Right of the Child to Family Reunification”.

Home » Will Croatia Have To Accept ’20 Relatives’ Of Unaccompanied Refugee Children? – Analysis