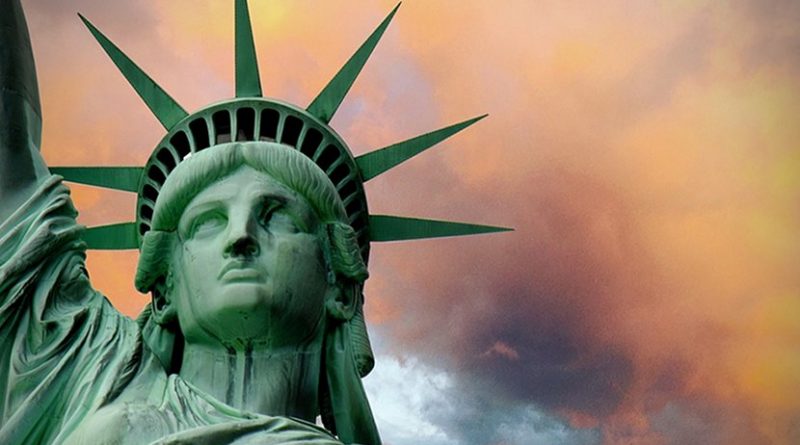 “Give me liberty or give me death.” Patrick Henry’s rallying cry from 1775 forms the bedrock of our American identity, one that champions individual freedom over the accumulation of government power.

The global coronavirus outbreak has brought this calculus into question, though, leaving many to wonder whether prioritizing individual liberty remains appropriate or even possible during this time of crisis. In a recent survey of over 100 technology experts, respondents were roughly split on the importance of preserving individual liberty in our fight against the coronavirus.

Governments from around the world, perhaps recognizing this sentiment, have enacted extraordinary measures compromising individual freedom in recent days. In Hungary, for example, parliament passed a law allowing its prime minister to rule by decree for an indefinite emergency period that will end only when he thinks it should. Elections have been suspended indefinitely, while citizens who leave government-mandated quarantine face up to 8 years in prison. Those deemed to be spreading misinformation about the virus face sentences of up to 5 years.

Other countries have deployed mass surveillance networks to monitor the precise movements of untold numbers of citizens. For example, Israel’s domestic intelligence agency, the Shin Bet, retooled and deployed spyware initially designed to combat terrorism. Using cellphone geolocation data, the software now tracks and stores the whereabouts of citizens who might later test positive for the virus. Upon receiving a positive test result and subsequently analyzing location data stored on the infected individual, the software then sends text messages to those who came into close proximity with him or her, warning that they “must immediately enter Quarantine for 14 days to protect [their] relatives and the public.” Those who defy isolation orders face up to 6 months in prison.

Meanwhile, China has mandated the use of the “ Alipay Health Code, ” a new addition to the popular Chinese apps Alipay and WeChat. This software collects citizens’ geolocation data and subsequently uses it to assign them individual color codes—green, yellow, or red—that supposedly indicate their health status. A citizen’s color code can severely restrict her freedom of movement, determining whether she must remain at home or is instead allowed to enter public areas like restaurants and subways. Once gathered by the app, a citizen’s location data is also sent to a server by a piece of code literally named “reportInfoAndLocationToPolice.” China, of course, has imprisoned millions of ethnic minority Uighur Muslims in so-called “ vocational education and training” camps, where movement is also heavily restricted.

Even here in the U.S., the Justice Department has urged Congress to suspend fundamental liberties such as the right to habeas corpus in the name of fighting the coronavirus. And political opportunists of all stripes are exploiting the current crisis to promote their longtime political pet projects. These include everything from a universal basic income, to socialized medicine, to a $15/hr federal minimum wage, to a tax on so-called “excess profits,” to enhanced emissions standards, to federally-mandated universal voting by mail. Of course, none of these is directly related to the fight against the coronavirus. Not to be outdone, some have even used this opportunity to revive the decade-plus-long crusade for a government takeover of the Internet, or even argue for the nationalization of Amazon.

Ultimately, the choice between fighting the coronavirus and preserving individual liberty is a false one. Efforts like the COVID-19 Mobility Data Network, for example, utilize aggregated, anonymized geolocation data to help policymakers understand the mass movement of citizens throughout various parts of the U.S. without compromising individual privacy rights. This information is particularly valuable in states surrounding New York, the American epicenter of the pandemic, where former commuters and those fleeing to second homes are spreading the virus beyond New York’s borders. Meanwhile, some state supreme courts, seeking to chip away at case backlogs, have opted to swap in-person oral arguments for virtual ones.

Because of the coronavirus, the world currently faces an unprecedented crisis. Still, American policymakers have the ability to address this challenge without compromising the country’s democratic foundations.

The coronavirus has infected millions of people around the globe; we cannot let it infect our democracy too.

*About the author: Kirk R. Arner, Legal Fellow, Center for the Economics of the Internet

Home » Let’s Not Let Coronavirus Infect Our Democracy Too – OpEd