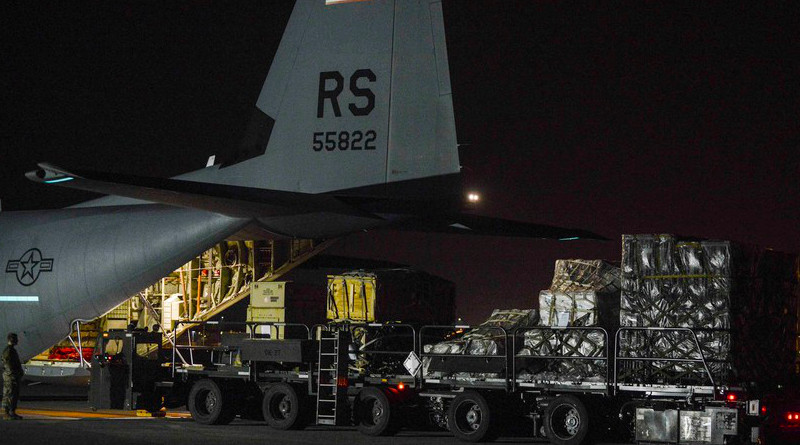 The Defense Department is “all in” for the fight against COVID-19 and to learn from the experience so the department is better prepared when another pandemic strikes, the Joint Staff’s director of joint force development said.

This is part of DOD’s planning efforts in the Pentagon and elsewhere, Marine Corps Lt. Gen. Daniel O’Donohue said last week in an interview with defense reporters.

Members of the directorate are part of the crisis management team working night and day on the DOD’s response to the COVID-19 pandemic, the general said. “We’re learning as rapidly as we can in the application of this fight, but also any future one,” he added.

In addition to the team at the Pentagon, a “shadow” crisis management team is working at the Joint Staff’s facility in Suffolk, Virginia. That team receives the same information and conclusions that the Pentagon team does, and it can step in for the Pentagon team if necessary, the general said. But that team also is looking beyond the current crisis, he said.

“They’re there for redundancy, … but they’re also the development team,” O’Donohue said. They’re working with the Centers for Disease Control and Prevention and the Department of Health and Human Services, he told reporters.

The team also is using artificial intelligence, machine learning, visualization tools and more to look for patterns or to give advance notice of possible hotspots, he said.

Both teams are looking for ways to protect the force while allowing the force to do the military missions the American people expect, the general said.

The fight against COVID-19 once again highlights the need for staunch allies and partners, O’Donohue emphasized.

“We’re learning from them, as militaries go through the same crisis,” he said. “This crisis, as tragic as it so profoundly is, is exercising us in ways that are relevant, to include cross-learning across allies and partners.”

The crisis also stresses the U.S. government as a whole in ways that training exercises cannot, he said. DOD and other federal agencies have long planned what to do in the event of a pandemic, he explained, but it is different when it’s the real thing.

“The management of relationships, the coordination and complex activity, the whole-of-government approach, decision and information tools, all will be things we need in any fight,” the general said. “The focus is relevance now, and how do we learn and get better and exercise those things in the future that have relevance that endures beyond this crisis.”

O’Donohue said the U.S. military is in a good place for readiness, even with the pandemic forcing cancellation of some exercises. “We came off a really good year in terms of exercises, so we have a good basis and readiness level coming into the crisis,” he said.

The United States also is at a higher readiness level than Russia and China, the nation’s great-power competitors, O’Donohue said. “We have a favorable position and relative advantage,” he added. “One of our competitive advantages against any threat is the quality of the force we have, and educating them with the complexity of the environment that they’re in.

“Education is a key component of our strategic competitive advantage,” he continued. “Expediency [in response to COVID] got us out of the classroom. I think many of the things we’ve learned will be retained and take us where we need to go for the future fight.”