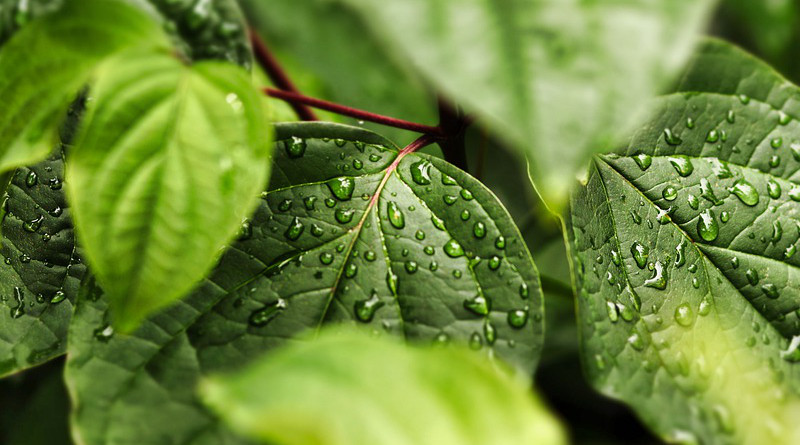 A new Columbia Engineering study shows that increased water stress–higher frequency of drought due to higher temperatures, is going to constrain the phenological cycle: in effect, by shutting down photosynthesis, it will generate a lower carbon uptake at the end of the season, thus contributing to increased global warming. The researchers used both remote sensing data and in-situ observations to analyze the temperature and water limitations on the end of photosynthesis date. They found that water limitation on late-season photosynthesis is regulated by both soil water and mean annual temperature. Earth system models have predicted warming and soil drying over most of the land surface by 2100, and so it is clear that water availability will become increasingly important as a limiting factor for late-season photosynthesis and carbon uptake.

“We wanted to understand what the driving factor of plant photosynthesis is during the late growing season, and how it will change in the future,” says Pierre Gentine, associate professor of earth and environmental engineering and affiliated with the Earth Institute, who led the study published today in Proceedings of National Academy of Sciences. “Our study is a very good example of how advances in remote sensing technologies can be used to solve long-lasting questions like this one.”

The team used both machine learning and remote sensing to generate a new dataset for mapping global plant photosynthesis. They found a contrasting spatial pattern of temperature and water limitations on photosynthesis at the end of the growing season. The threshold separating these was determined by the balance between energy availability and soil water supply. Precipitation and temperature had important yet opposite impacts on the end of the growing season photosynthesis for ecosystems at different locations: if plant photosynthesis in some areas is limited by precipitation (positive relationship with precipitation), temperature is likely to have a negative effect, and vice versa.

“We are the first to show that the balance between soil water and energy input into the ecosystem determines whether the system is limited by precipitation or by temperature,” says the study’s lead author Yao Zhang, a former postdoc research scientist with Gentine and now a postdoc scholar at Lawrence Berkeley National Laboratory. “As temperature limitation diminishes, more soil water is needed to support increased vegetation activity, especially during the late growing season. CMIP5 models project future warming and drying especially during late season, both of which should further expand the regions with limited water, causing large variations and potential decreases in photosynthesis.”

Home » Precipitation Will Be Essential For Plants To Counteract Global Warming