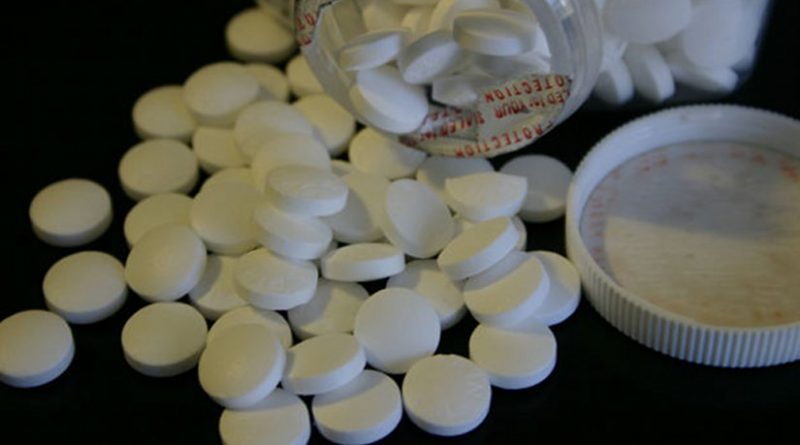 A new study by researchers at the Intermountain Medical Center Heart Institute in Salt Lake City found that using long-term aspirin therapy to prevent strokes among patients who are considered to be at low risk for stroke may not be effective as previously thought.

The study found that atrial fibrillation patients who received a catheter ablation and were low risk of stroke didn’t benefit from long-term aspirin therapy, but are at risk of higher rates of bleeding compared to no therapy at all.

Researchers will present results of the study at Heart Rhythm 2017, the Heart Rhythm Society’s 38th Annual Scientific Sessions, in Chicago on Saturday, May 13.

Stroke risk is a significant concern in patients with atrial fibrillation, and patients who undergo a catheter ablation for AF have lower long-term stroke rates compared to AF patients who aren’t treated with an ablation.

“When AF patients are considered low risk for stroke, physicians often treat them with aspirin rather than stronger anticoagulants to further lower that risk,” said Jared Bunch, MD, the study’s lead author and director of Heart Rhythm Research at the Intermountain Medical Center Heart Institute. “What was unknown was if aspirin was a safe and effective stroke prevention treatment after an ablation in lower-risk AF patients.”

“Traditionally, lower-risk AF patients have been treated with aspirin without significant supportive data,” he added.

Dr. Bunch and his team at the Intermountain Medical Center Heart Institute investigated the impact of long-term use of aspirin in 4,124 low-risk AF patients who underwent catheter ablation. The study showed that over a three-year period, those who were on aspirin had a significantly higher risk for gastrointestinal bleeding and genitourinary bleeding compared to those on warfarin or who weren’t treated at all.

“In both the general and medical communities, aspirin therapy is perceived to reduce risks, it’s easy to prescribe, and it’s available worldwide over-the-counter. There’s always been little evidence to support its use for stroke prevention in AF patients. This study continues to show that aspirin has little to no benefit for stroke prevention in AF patients and when used in low-risk patients it significantly increases a patient’s bleeding risk.”

The study has several findings that could enhance the general management of AF, specifically the long-term post-procedure management of patients who received a catheter ablation:

“Aspirin is widely considered a healthy therapy to lower risk of heart disease,” said Dr. Bunch. “It’s widely used in our communities even in people who don’t have heart disease or another apparent need. Like all therapies, it has significant risks, including major bleeding. Unfortunately, after careful study, it doesn’t significantly lower stroke risk in most AF patients. Since stroke is the most feared complication of AF, we need to continue to study all available therapies to understand the most effective and safest treatment choices and how to use them after ablation.”