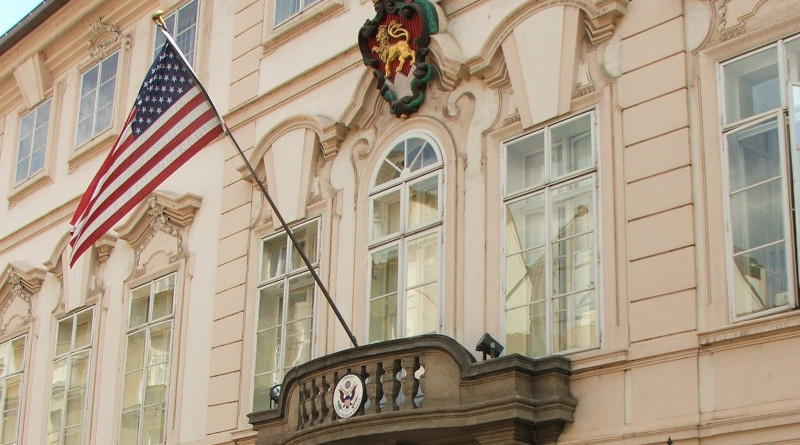 The U.S. Department of State (DOS) has long provided consular services to American citizens around the world pursuant to laws passed by Congress. Such services include disseminating information regarding any major disaster or incident abroad affecting the safety of U.S. citizens and, when their lives are endangered by such crises, facilitating their safe and efficient evacuation.

The Coronavirus Disease 2019 (COVID-19) pandemic has required DOS to scale up consular services in response to unprecedented demand. During the COVID-19 pandemic, Congress has conducted oversight of DOS’s consular services and passed two supplemental appropriations laws that include additional funds for DOS to maintain consular operations and carry out evacuations. Some Members of Congress have also introduced legislation seeking to adjust or eliminate the statutory requirement that private U.S. citizens evacuated by DOS reimburse the department for a portion of the expenses associated with their evacuation.

Travel Information and the STEP Program

Section 43 of the State Department Basic Authorities Act of 1956 (P.L. 84-885; 22 U.S.C. §2715, hereafter, the BAA) requires DOS to serve as a clearinghouse of information on any major disaster or incident overseas affecting the health and safety of U.S. citizens abroad. DOS carries out this responsibility through the Consular Information Program (CIP), which includes a range of products intended to inform U.S. citizens worldwide of potential threats to their health or safety (see Table 1).

The wardens are volunteers connected to communities of Americans abroad, such as hotel representatives and business contacts. DOS has issued several CIP products in response to the COVID-19 pandemic. For example, in March 2020, DOS launched a website providing COVID- 19-related information and resources for every country in the world; it also issued a Global Health Advisory recommending that U.S. citizens avoid all international travel.

Section 103 of the Omnibus Diplomatic Security and Antiterrorism Act of 1986 (P.L. 99-399; 22 U.S.C. §4802) requires DOS to “develop and implement policies and programs to provide for the safe and efficient evacuation of … private United States citizens when their lives are endangered.” In addition, Section 4 of the BAA (22 U.S.C. §2671) authorizes expenditures for the evacuation of “private United States citizens or third-country nationals, on a reimbursable basis to the maximum extent practicable.”

Private U.S. citizens are thus generally responsible for a portion of the cost for their evacuation. However, financial assistance may be available for destitute evacuees, and the BAA limits the scope of repayment to “a reasonable commercial air fare immediately prior to the events giving rise to the evacuation.”

Following the outbreak of COVID-19 and the decisions of governments worldwide to shut down quickly or severely curtail commercial international travel options, DOS began an unprecedented effort to facilitate the evacuations of tens of thousands of American citizens abroad. In doing so, DOS adhered to its practice of linking U.S. citizens to remaining commercial travel options and, where such options no longer existed, directly chartering flights.

As demand for repatriation surged, DOS leveraged new options to evacuate U.S. citizens, including “commercial rescue flights.” To facilitate these flights, DOS worked with the airline industry to help them secure the needed clearances to carry out evacuation flights in high-demand countries. DOS said that these flights enabled it to focus its own resources to send chartered flights where “airspace, border closures, and internal curfews have been the most severe.” While evacuations are still ongoing, DOS estimates that around 40% of U.S. citizens who have been evacuated to date for reasons related to COVID-19 returned to the United States on commercial rescue flights.

DOS’s Bureau of Consular Affairs (CA), which administers the CIP program and facilitates overseas evacuations, is funded through the Consular and Border Security Programs (CBSP) account. Congress does not fund this account through annual appropriations. Instead, Congress authorizes CA to collect and deposit several consular fees (fees charged for consular services, including the adjudication of U.S. passport and visa applications) into the CBSP account, which CA then expends for consular services and other programs specified in law. In FY2019, CA carried forward $2 billion in unexpended fees collected in the prior years and collected an additional $3.5 billion. Of these available funds, CA expended around $3.6 billion.

Congress separately funds DOS’s overseas evacuation flights through the Emergencies in the Diplomatic and Consular Service (EDCS) account, also known as the “K Fund” (see Figure 1). In addition to overseas evacuations, the EDCS account is used to fund other priorities, including expenses for DOS’s Rewards for Justice Program, which contributes to efforts to locate and sideline international terrorists. DOS is able to further fund emergency evacuations using transfer authorities provided by Congress. For example, Congress in recent DOS appropriations laws has authorized DOS to transfer and merge funds appropriated to the Diplomatic Programs; Embassy Security, Construction, and Maintenance; and EDCS accounts for emergency evacuations.

In an effort to ensure that DOS has funds to continue providing consular services to American citizens, Congress passed two supplemental appropriations laws (P.L. 116-123 and P.L. 116-136) that include a combined $588 million for DOS operations. These laws increase the amount of funding DOS can transfer from the Diplomatic Programs account to the EDCS account for emergency evacuations during FY2020 from $10 million to $100 million; authorize the transfer of funds appropriated for DOS operations to the CBSP account for consular operations, given the likelihood of declines in consular fee revenues; and authorize DOS medical personnel abroad to provide, on a reimbursable basis to the extent feasible, medical services for private U.S. citizens who would be otherwise unable to obtain care.

Some Members of Congress have applauded DOS’s efforts to scale up consular assistance to U.S. citizens abroad during the COVID-19 pandemic. Others have expressed concern that as COVID-19 spread worldwide, DOS was slow to communicate with and provide options to Americans abroad seeking repatriation. Some Members of Congress have introduced legislation in the 116th Congress to adjust the means through which DOS assists U.S. citizens seeking repatriation during a crisis, including through amending or eliminating provisions of the BAA that require evacuated citizens to repay some of the costs associated with their evacuation. Such legislation includes

*About the author: Cory R. Gill, Analyst in Foreign Affairs

Home » Helping US Citizens Abroad During COVID-19 Pandemic And Other International Crises: Role Of Department Of State – Analysis