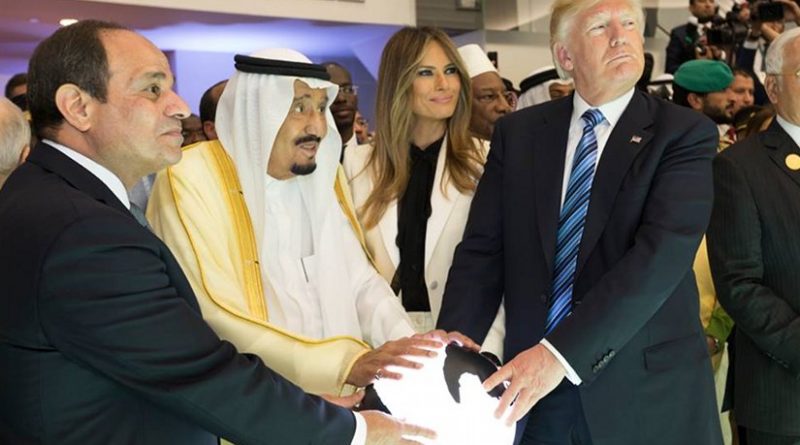 Highlighted in my recent article was the reality that what was being projected as the Islamic Military Alliance to Fight Terrorism was in essence a “Sunni Muslim NATO Alliance engineered by Saudi Arabia and actively sponsored by the United States and aimed at Iran.

This stands borne out by the pronouncements of US President Trump on his first foreign trip which significantly commenced from Saudi Arabia where he addressed a gathering of 34 Muslim Nations leaders– all from Sunni nations. President Trump’s address was not a statesman-like address for the Middle East Region which could soothe the divisions in this divisive region.

The main thrust of US President Trump’s address at the Arab Islamic-American Summit was a strident onslaught on Iran’s political credentials designating Iran as the main centre of terrorism in the Middle East.

It was an ironical assertion when it is taken into account that the inception of the most powerful Sunni Islamic Jihadi terror group, namely the ISIS was initially spawned by some of the Islamic countries participating in the Riyadh Summit.

The Sunni Muslim NATO Alliance emergence spells further conflict in the war-torn Middle East. It portends a sectarian polarisation between the Sunni Islamic World and the Shia Muslims World. It portends the dawn of increased proxy wars between these two powerful groups in the flash-points that plague the Middle East and North Africa

With such a Sunni-Shia polarisation taking place it cannot be overlooked that the majority of the Gulf monarchies host large population of Shias. The implications of the foregoing are ominous.

In the immediate aftermath of these developments is the ISIS-claimed terrorist attack on Iran’s Parliament and the tomb of Ayatollah Khomenei.

Concluding, one would like to strongly observe that neither the United States can stay embedded in the Middle East despite Iran and nor can Saudi Arabia and its other Sunni Muslim allies can bring about a regime change in Iran. So what is the end-game of the Sunni Muslim ATO Alliance? It only portends more divisiveness in the Middle Eat.