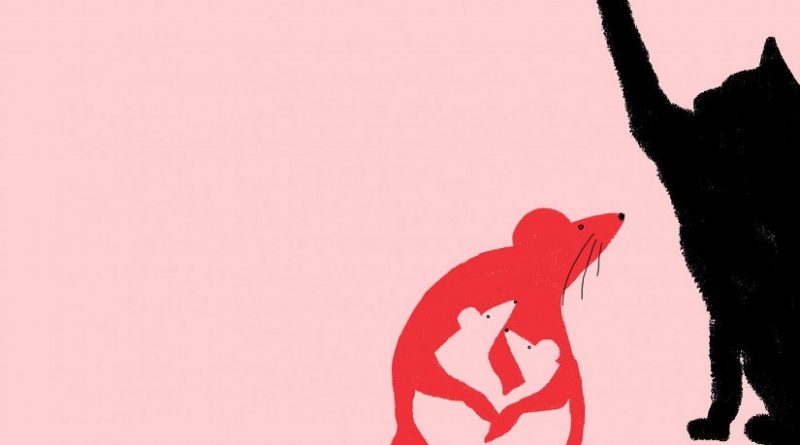 A rat mum cuddles her pups when a threat looms. Credit: Shira Lottem/ Champalimaud Centre for the Unknown

From birds to mammals, from fish to reptiles, the immediate reaction to an impending threat to the animal itself is usually to flee or to stop moving in an attempt to go unnoticed. However, when parents feel threatened in the presence of their young, their reaction is completely different: they seek to protect them. What happens in the brains of the parents for them to to be willing to sacrifice their own life in the interest of their offspring’s safety?

A team lead by neuroscientists from the Champalimaud Centre for the Unknown, in Lisbon, Portugal, has discovered that this radical change in the parents’ behavior (from self-defense to defending their young) depends on the action of the so-called “love hormone”, oxytocin, on the neurons of the amygdala, a specific brain structure known for its crucial role in the processing of emotional reactions. Their results have been published in the journal eLife.

Oxytocin is responsible for the bonding between mothers and their young, and within couples. Its effects are not well understood; oxytocin probably has many functions, therefore making its difficult.

Experts do know, however, that its release into the amygdala is able to inhibit that basic self-defense reaction they call freezing, when the animal ceases to move.

Nonetheless, the potential usefulness of this inhibition had not been elucidated. The new study, which was done on female rats that had recently given birth, solves this mystery by bridging the gap between these two phenomena.

“We put both things together”, said Marta Moita, who led the study. “We developed a new experiment that allows us to study the mother’s defensive behavior either in the presence or the absence of her pups, while at the same time testing whether oxytocin’s action in the amygdala is required for the regulation of this behavior.”

Since oxytocin acts on many parts of the brain, affecting many behaviors, it is usually difficult to interpret the results when manipulating this hormone. But in the new experiments, said Marta Moita, “we manipulated a circuit where we know precisely how oxytocin leads to inhibition of freezing. So we are very sure of our interpretation of the behavioral results.”

The experiments consisted in conditioning the mother rats, in the absence of their pups, to associate a peppermint scent with the imminence of an innocuous electric shock. After training, these female rats perceived the odor as a threat and froze accordingly.

Once the training was over, the team started by showing that, in the pups’ presence, the mothers didn’t freeze, as they had when they were alone. On the contrary, they now tried to protect their offspring from the peppermint odor by attacking the tube where the odor was coming from, or piling up bits of material from the nest to block the tube – or, if the pups were a little older, by nursing them, grooming them and generally keeping them in close contact with themselves.

However, when the scientists then blocked oxytocin activity in the mothers’ amygdalas, the mothers started to freeze as soon as they perceived the threat, independently of the age of the pups – forgetting, so to speak, their maternal “duties”.

This work provides a new experimental framework “to study the signals transmitted by the pups that make their mother’s brain release oxytocin into the amygdala in the face of danger”, triggering the defensive strategy to protect their offspring, said Marta Moita. “We know that chemical communication is very important, but we still haven’t identified the sensory stimuli that activate oxytocin”, she added.

Another result worthy of note was the fact that the older pups whose mother, instead of tending to them, had responded to the threat by freezing (because oxytocin in her amygdala was inhibited), did not learn to recognize the peppermint odor as a threat. More specifically, when these pups were later placed by themselves in a box, and exposed to the same odor, they did not freeze. On the other hand, the pups whose mothers had duly cuddled them did freeze when confronted with the same situation. A pheromone emitted by the caring mother might be at the root of this type of learning by the older pups, Marta Moita speculated.

“In all likelihood”, she concluded, “similar mechanisms may be at play in us humans.”

The new cluster of viral pneumonia cases originating in Wuhan, China, marks the third time in 20 years that a