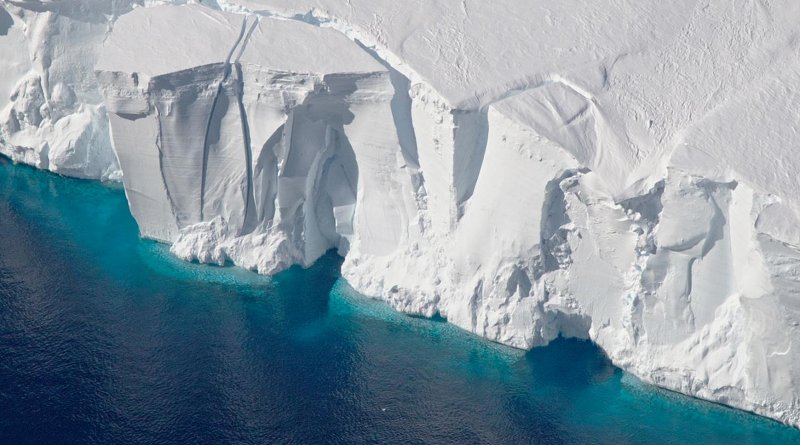 Warming waters in the western tropical Pacific Ocean have significantly increased thunderstorms and rainfall, which may affect the stability of the West Antarctic Ice Sheet and global sea-level rise, according to a Rutgers University-New Brunswick study.

Since the mid-1990s, West Antarctica – a massive ice sheet that sits on land – has been melting and contributing to global sea-level rise. That melting has accelerated this century. Wind and weather patterns play a crucial role in governing the melting: Winds push warm ocean water toward the ice sheet and melt it from below, at the same time as winds bring warm air over the ice sheet surface and melt it from above.

The study, in the journal Geophysical Research Letters, found that the South Pacific Convergence Zone, a region of the western tropical Pacific, is a major driver of weather variability across West Antarctica.

“With so much at stake – in coastal communities around the globe, including in New Jersey – it is very important to understand the drivers of weather variability in West Antarctica,” said Kyle Clem, a former post-doc who led the research at Rutgers-New Brunswick and is now at Victoria University of Wellington in New Zealand. “Knowing how all regions of the tropics influence West Antarctica, both independently and collectively, will help us understand past climate variability there and perhaps help us predict the future state of the ice sheet and its potential contribution to global sea-level rise.”

Rutgers researchers studied how warming ocean temperatures in the western tropical Pacific influence weather patterns around West Antarctica. This century, the Antarctic Peninsula and interior West Antarctica have been cooling while the Ross Ice Shelf has been warming – a reversal of what happened in the second half of the 20th century. From the 1950s to the 1990s, the Antarctic Peninsula and interior West Antarctica were the most rapidly warming regions on the planet, and the Ross Ice Shelf was cooling.

The temperature trends flipped at the start of this century. Coinciding with the flip in West Antarctic temperature trends, ocean temperatures in the western tropical Pacific began warming rapidly. Using a climate model, the researchers found that warming ocean temperatures in the western tropical Pacific have resulted in a significant increase in thunderstorm activity, rainfall and convection in the South Pacific Convergence Zone. Convection in the atmosphere is when heat and moisture move up or down.

A rainfall increase in the zone results in cold southerly winds over the Antarctic Peninsula and warm northerly winds over the Ross Ice Shelf, consistent with the recent cooling and warming in those respective regions. So the West Antarctic climate, although isolated from much of the planet, is profoundly influenced by the tropics. The findings may help scientists interpret the past West Antarctic climate as recorded in ice cores.