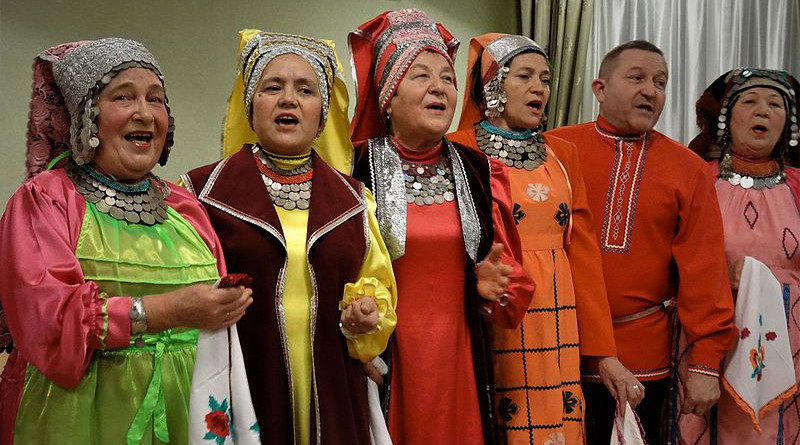 The Kryashens, an Orthodox Christian group who view themselves as survivors of the pre-Mongol Bulgar state and whom Kazan Tatars view as a subgroup of their nation who were forcibly converted by Moscow, are famous in some circles because they are the rare Christian community whose members call God Allah.

Among specialists on nationality issues, however, the Kryashens are better known as a political football between Moscow and Kazan, with Moscow promoting them as a separate nationality to reduce the number of Volga Tatars and Kazan insisting they are a sub-ethnos of the Tatars and should be counted with them. (On this long-running fight, see windowoneurasia2.blogspot.com/2013/12/window-on-eurasia-kryashens-again.html.)

That debate has heated up again in advance of the 2020 census, but a new article on the Zen.Yandex Living Central Asia portal calls attention to an aspect of this fight which is often missed, the equally negative consequences for the Kryashens of the two nationality policies Moscow has used (zen.yandex.ru/media/centralasia/pochemu-ischezaiut-pravoslavnye-tatary–kriasheny-5edf471ee5b61c4a63468ceb).

When Moscow has used language as the basic definer of nationality, as in Soviet times and again under Putin, the Kryashens have declined in number because many of them find it easy to assimilate to the Russian nation given that they physically resemble the Russians and are welcomed as culturally similar because of their religious affiliation.

And when religion is central as it was in the 1990s, the Kryashens also tend to assimilate to the Russian nation because they share a common faith. In short, in either case, the Kryashens tend to move away from the Tatars and toward the Russians, exactly the direction Moscow prefers.

In neither case, the portal suggests, are Kryashens likely to consolidate as a nation of their own; and only if culture rather than language or religion becomes the basic definer of identity is there a chance that the Kryashens will assimilate with the Tatars given that they share many cultural elements even if they differ on religion.

The Kryashen example highlights the different ways that stress on language, religion or culture play in whether a group consolidates or assimilates with another one; and as such, this is an object lesson for other groups which are dealing with the evolution of Moscow’s stress now on  one and now on another of these three.