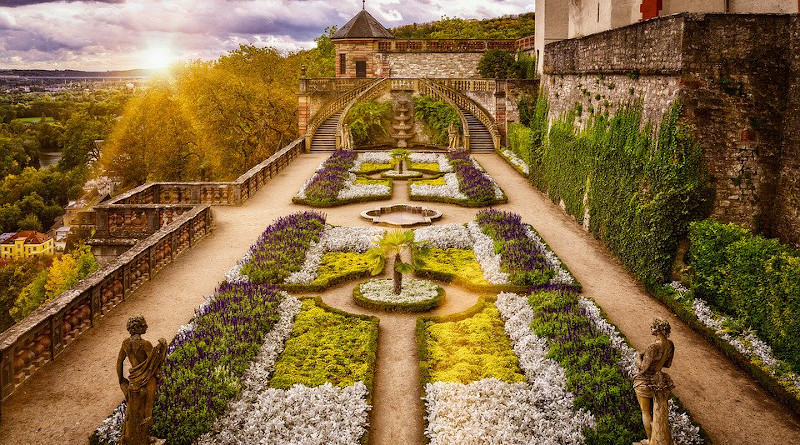 A new study shows that the severe impact of the summer drought that hit Europe in 2018 was partly due to the spring heatwave that preceded it, which triggered early and rapid plant growth, depleting soil moisture.

With lots of sunshine, high temperatures, and ultimately drought, the summer of 2018 was extremely dry in Europe – particularly Northern and Central Europe. Among the consequences of the lack of precipitation were forest fires and significant harvest losses, which had a considerable economic impact.

In Germany alone, the sums paid to farmers in compensation amounted to 340 million euros. The 2018 drought differed from the dry summers of 2003 and 2010 insofar as it was preceded over much of Central Europe by an unusual spring heatwave.

An international collaboration, led by Ludwig-Maximilians-Universitaet (LMU) in Munich researchers Ana Bastos and Julia Pongratz, has now shown that the spring heatwave amplified the effects of the subsequent summer drought.

The impact of the summer drought on the productivity and carbon balance of ecosystems varied on a regional scale, depending on the nature of the dominant type of vegetation.

In light of ongoing global warming, the incidence of summer heatwaves and periodic droughts is expected to rise. According to the authors of the study, the adoption of alternative land management strategies could offer ways to mitigate droughts and their effects. The findings appear in the online journal Science Advances.

Research studies of the summer droughts in 2003 and 2010 have revealed that ecosystems absorbed less carbon dioxide than usual, because their productivity was restricted owing to the scarcity of water, the high temperatures and fire damage.

“Little is known about whether and how preceding weather parameters influence the response of ecosystems to extreme conditions during the summer,” says the lead author of the new study, Ana Bastos, who now heads a research group at the Max Planck Institute for Biogeochemistry in Jena. “To answer this question, we used the year 2018 in Europe as a case-study and carried out climate simulations incorporating 11 different vegetation models.”

The results show that the warm and sunny conditions that prevailed in the spring led to more vigorous vegetation growth, which also started earlier than usual. This in turn increased rates of uptake of carbon dioxide during spring. However, the impact on annual productivity – and therefore on the overall carbon balance – was highly variable across regions.

“When plants resume growth earlier in the year, they use more water,” says Bastos. “In Central Europe, rapid plant growth in the spring significantly reduced the water content of the soil. By the summer, the level of soil moisture was already insufficient to maintain the biomass that had accumulated, making ecosystems more vulnerable to the effects of the drought.”

According to the models, this effect explains about half of the summer’s soil moisture deficit. Therefore, in Central Europe the high spring temperatures had a negative impact on the productivity of ecosystems and net uptake of carbon dioxide later in the year.

In Scandinavia on the other hand, the earlier onset of growth compensated for the drought-induced loss of productivity later in the summer. As a result, levels of ecosystem activity, as well as the annual carbon balance, were either neutral or slightly on the positive side. The authors attribute this different regional behavior to the specific vegetation in the two regions. In Central Europe, arable land and pastures dominate the landscape, while forests cover much of Scandinavia.

“Trees use water somewhat more economically,” says Bastos. “If they grow faster in the spring, they also consume more water than they otherwise would. But they can control water loss from transpiration by adjusting the opening of stomatal pores in their leaves,” she explains. Furthermore, trees have deeper roots than grasses or crop plants, which enables them to tap the water present at greater depths during periods of drought. For these reasons, the boreal forests of Northern Europe maintained almost normal levels of carbon fixation, even during the strong drought.

Overall, the new simulations indicate that the warm spring of 2018 contributed either to amplify the vulnerability of ecosystems to summer drought, in central Europe, or to mitigate the negative effects of a warm and dry summer, in Scandinavia, related with differences in land-cover and water-use by vegetation. These findings suggest that better data on growth rates of vegetation in spring could serve as a supplementary early indicator of impending summer droughts. Moreover, the negative impacts of future heatwaves and droughts could perhaps be reduced with the help of alternative approaches to land management. “In the long term, owing to climate change, spring vegetation will regularly grow at faster rates, consuming more water and increasing the risk of summer droughts,” says Julia Pongratz. “It might be possible to make ecosystems more resilient by altering the plant cover – for example, by planting stands of trees in the immediate vicinity of cropland. But more extreme water shortages in summer will themselves alter the nature of ecosystems, if threshold levels of mortality and fire incidence are more frequently exceeded. So it is not at all clear whether Europe’s ecosystems will continue to serve as carbon dioxide sinks in the future.”