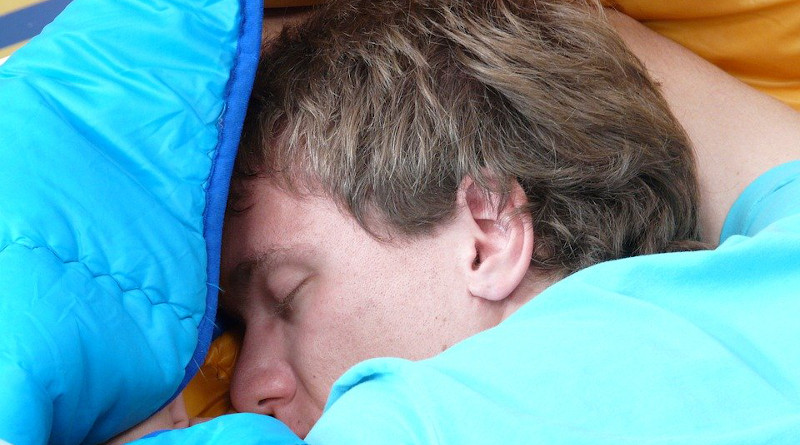 Every fifth Norwegian suffers from the widespread disease obstructive sleep apnea. Several treatment options exist, among them surgery, however results are unpredictable and of variable quality and differ from individual to individual. What determines if the treatment is successful or not? Our scientific research using mathematical airflow models may help the medical doctors to find the answer.

Sleep apnea occurs when the soft parts of the upper airways vibrate so violently that they collapse during sleep. Obstructive sleep apnea (OSA) affects up to 20 per cent of the population. The disease is recognized by heavy snoring, frequent breathing stops, gasping for breath, and awakenings.

OSA is the cause for low quality sleep and reduced oxygen uptake and is considered a major cause for reduced life quality, cardiovascular diseases, diabetes, and increased mortality in the modern society.

There is a variety of available treatment options for OSA, but today there are no available methods for predicting the outcome of the treatment. Many benefits from using a mask, but the positive effect diminishes over time and patients tend to find them uncomfortable. Surgery may help some, but a sizable portion of the patients do not improve – some even get worse after surgery. Thus, there is a demand for treating OSA in a more targeted way to allow for more predictable results and improved probability for choosing a successful form of therapy.

“At SINTEF, we believe that the key lies within a cross-disciplinary approach where physicians and physicists cooperate to create mathematical models of the airflow in the human upper airways. This is what we investigate in the project Modeling of Obstructive Sleep Apnea by Fluid-Structure Interaction in the Upper Airways.“

The vision of the project team is to develop a design tool that can be used in treatment planning. In the future, we foresee that patient specific mathematical models can be used to find out which treatment option is most likely to benefit each individual patient.

Then, the physician’s opinion and experience can be complemented by objective recommendations. Furthermore, virtual surgery can be performed on the patient’s digital twin to assess the effect of a surgical intervention or other types of therapy. Examples include the consequence of sleeping position, the effect of palatal implants or nasal surgery, or a combination of various treatment options.

This way of working has the potential to provide physicians with improved decision basis and thus improve the likelihood of optimal result of therapy. This may help reduce the waiting lists and costs in the health sector as well as reducing risk and inconvenience for patients. Moreover, it will enable increased patient participation in important decisions regarding the patient’s health.

Our complex airways and the importance of mathematical models

Coupled, complicated airflow phenomena occur in the human airways. First, the shape of the airway is very complex, and it is hard to predict how the flow of air will react to small changes.

Second, some sections of the airway consist of soft tissue (e.g. the soft palate, the tongue, and the throat) which may cause the airway shape to change over time and due to e.g. body posture and position, being asleep or awake, and being young or old, in addition to the volume and composition of the tissue.

Third, the airflow and the soft parts of the airway will affect each other mutually – directly through fluid-structure interaction and indirectly through neuromuscular activity when low oxygen levels are detected in the bloodstream. Finally – disagreement is commonly seen between clinical measurements and patient self-assessment.

To improve our insight into some of these aspects, mathematical models play a crucial role. They can reveal causes and effects that are impossible to observe directly. Examples include calculations of how a varying airflow will affect the soft tissue in the throat, how rigidity and elasticity of the soft tissue determine where and how vibrations or airway collapse occurs, and the interpretation of why a change in the airflow pattern can induce subjective, qualitative perception of reduced or increased nasal obstruction, to mention a few. In particular, we wish to be able to explain why a small surgical intervention at the tip of the nose is sufficient for some patients whereas others are practically incurable.

Up to 20 per cent of the adult population and 5 per cent of children suffer from obstructive sleep apnea, which is caused by the collapse of the airway and subsequent interrupted breathing during sleep. The effect is disturbed sleep and reduced sleep quality. In the most severe cases, the patient has several tens of breathing stops an hour. Scientific investigations indicate correlations with life threatening conditions such as cardiovascular diseases, insulin resistance, diabetes and metabolic syndrome.

Furthermore, in children, it is associated with difficulties in learning and cognitive development. Additionally, daytime sleepiness, reduction in awareness during the day and reduced reactive responses increase the risk of fatalities associated with handling motorized machines and vehicles. In 2016, restrictions were implemented on approving Norwegian driver’s licenses for persons with moderate to severe OSA.

The overall cost of untreated OSA is estimated at circa 1% of the gross domestic product, in the Western world. In the U.S., this amounts to 150 billion U.S. dollars, annually.

The project Modeling of Obstructive Sleep Apnea by Fluid-Structure Interaction in the Upper Airways was financed by the Research Council of Norway (FRINATEK) and NTNU [2]. The project focused on developing mathematical models to investigate how the airflow and soft tissue in the human upper airways interact. These have been used to improve the understanding of why sleep apnea therapy is sometimes a success and sometimes a failure.

How can it be, that the air flow in the throat is so strongly affected by a slight modification at the tip of the nose in others, while not in others? Mathematical models may also replace “Guinea pigs” when new hypotheses are tested. For instance, what will happen if we turn the palatal implants by 90 degrees?

From the oil and gas industry to the operating theatre

To answer these and other related questions, three traditionally separate scientific fields must be joined: 1) Medical examination/interpretation and treatment of patients, 2) Structural dynamics, and 3) Fluid dynamics.

The work typically starts by creating a mathematical description of the patient’s upper airways – sort of a map. Medical imaging (e.g. CT or MRI) can be used to “see” the airway. Based on the images, three-dimensional computer models can be constructed.

These can be used to compute how the airflow behaves when the patient is breathing, how much force is required to cause an apnea, or how the soft tissue is vibrating due to breathing. To establish trust in the computed results, it is crucial that they are compared to measured clinical data, but how can we obtain these?

The methodology is based on experience and know-how generated in “hard” industries such as aerospace, car industry, and petroleum industry. Engineering approaches are getting more and more popular in improving the understanding physiological and medical problems. This development is partly caused by the maturity of engineering and recent developments in computer sciences, and an increasing consciousness with respect to the potential of medical breakthroughs through combination of engineering and medical sciences. With a weakened petroleum industry, technology transfer between oil & gas engineering and medical sciences is encouraged in Norway. Not only within treatment of airway diseases, but also within other disciplines (e.g. cardiovascular and cancer).

A cross-disciplinary team of experts is established

This project was conducted through the collaboration between medical experts from St. Olavs hospital, the university hospital of Trondheim, and the Faculty of medicine at NTNU and experts of various engineering fields at the Faculty of engineering at NTNU and SINTEF Industry. It is in the overlapping areas of these three scientific areas that the main challenges occur. To ensure good quality in the interdisciplinary work, it is crucial to encourage close collaboration between the researchers from the different scientific disciplines.

This can often be challenging due to the different “languages” of experts in different fields. The current project’s success, in this regard, is documented through numerous cross-disciplinary publications and scientific results. A crucial ingredient in the collaboration has been the regular interdisciplinary workshops to disseminate and discuss scientific results and questions. There, we have become familiar with each other’s jargon and methods bit by bit, and now we strive for further cooperation.

At the same time, we are working to expand our national and international networks. To be able to continue our scientific research, project applications and proposals will be submitted to the Research Council of Norway, the European Union, and other funding agencies. In our opinion, it is important to continue the work to be able to release the significant potential that lies in personalized medicine.

This project brought us much closer to the vision. We used patient specific, mathematical fluid flow and soft tissue models to study

Concrete results from the project includes:

Today, the project holds a unique set of data to be used for further investigation of the relationships between anatomy, treatment and OSA.

To achieve full clinical value, additional groundbreaking research is required to understand the onset of sleep apnea and for instance automatization of input, processing and interpretation of data. This work will commence in our next project, Virtual Surgery in the Upper Airways – New Solutions to Obstructive Sleep Apnea Treatment (VIRTUOSA) [3] which is funded by the Research Council of Norway and will start up in 2020.

[2] «OSASMOD at the web page of the NRC,» [Internett]. Available: https://prosjektbanken.forskningsradet.no/#/project/NFR/231741.

[3] «VIRTUOSA at the web page of the NRC,» [Internett]. Available: https://prosjektbanken.forskningsradet.no/#/project/NFR/303218.

Home » Interrupted Breathing During Sleep: A Widespread Disease With No Cure