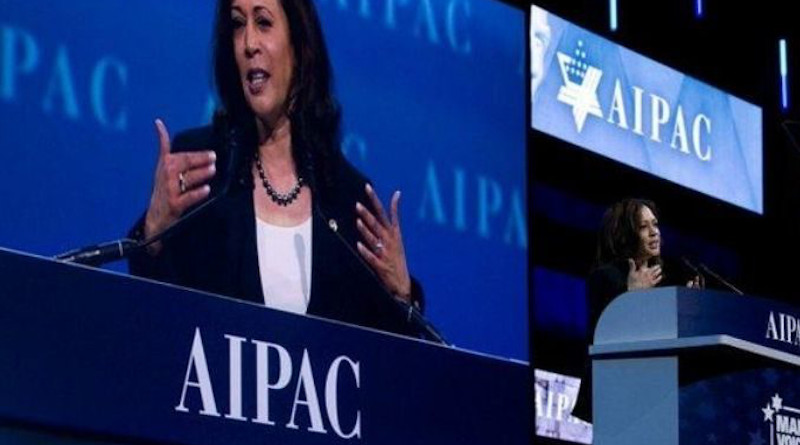 Democratic US presidential candidate Joe Biden selected former rival Kamala Harris on Tuesday as his running mate for the November 3 election. Harris is the first woman of color to be nominated for the position by a major political party.

While Harris is recognized for her progressive stances on various issues, her record on the Israeli military occupation and Israeli apartheid in Palestine is quite bleak.

“Let me be clear about what I believe. I stand with Israel because of our shared values, which are so fundamental to the founding of both our nations.”

In 2018, she spoke at the AIPAC conference once more, but this time in an off-the-record speech. Then she boosted,

“As a child, I never sold Girl Scout cookies, I went around with a (Jewish National Fund) JNFUSA box collecting funds to plant trees in Israel.”

Although Harris skipped the AIPAC gathering in 2019, she rectified that decision shortly after by hosting AIPAC leaders in her office, where they discussed, in her own words, “the right of Israel to defend itself.”

Below is Harris’ full speech before AIPAC on March 28, 2017, where she proudly announced that,

Home » ‘I Stand With Israel’: Kamala Harris In Her Own Words – Speech