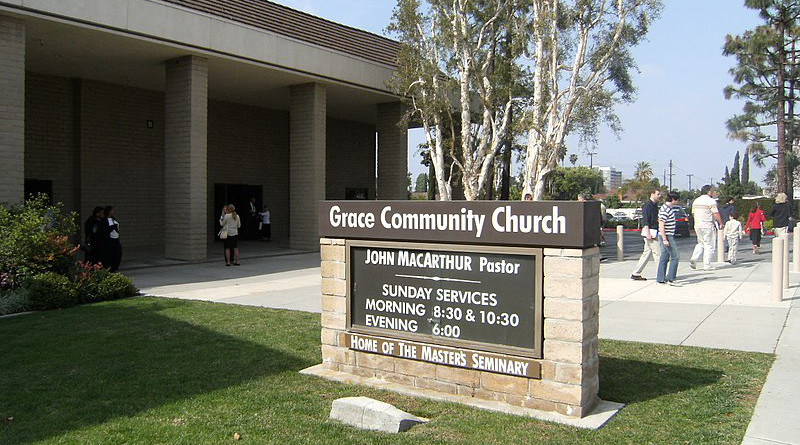 A California church has sued the state, arguing it was hypocritical to restrict religious services because of the Covid-19 pandemic while allowing political gatherings, such as Black Lives Matters protests, to rumble on.

“It is time for California to explain how it can justify banning worship to prevent the spread of a disease (with an overall mortality rate of 0.02%) while it is fine for protesters to spread that disease like wildfire,” the church said in the suit.

“When many went to the streets to engage in political protests against racism and police brutality, these protesters refused to comply with the pandemic restrictions.”

The plaintiffs argued that officials turned a blind eye on BLM supporters’ trampling the regulations, effectively giving “favored protesters” a carte blanche to defy the law.

The church and its pastor, the Rev. John MacArthur, are up against multiple layers of government in the battle. On Thursday, Los Angeles County sued Grace Community for continuing to hold in-person worship services in violation of state and county orders.

MacArthur reopened the church to regular services on July 26, after previously adhering to social distancing measures by delivering his sermons online. The county sent a cease-and-desist letter on July 29, demanding that the church comply with government orders.

Attendance has grown to as much as 7,000 across two services each Sunday since the church reopened. Newsom’s order limits religious gatherings to 100 people. MacArthur began last Sunday’s service by saying, “I’m so happy to welcome you to the Grace Community Church peaceful protest,” drawing cheers and laughter from the crowd.

California has had 585,000 Covid-19 cases and nearly 11,000 deaths, including about 215,000 cases and more than 5,000 deaths in Los Angeles County alone. The county has seen a jump in newly confirmed infections in recent weeks, averaging more than 2,200 cases a day in the past 14 days, according to state data.

MacArthur said he doesn’t trust the accuracy of the data, but in any case, his congregants have returned to services because practicing their faith “is the most essential thing in their life.” He added that although Christians have a responsibility to respect secular public officials as ordained by God, “when orders come to us that contradict the orders of our King, we have to obey God rather than men.”

The US Supreme Court in May upheld California’s restrictions on places of worship. Conservatives have argued against the unfairness of state and local Covid-19 lockdowns, such as orders in New Jersey that kept gyms, restaurants and other businesses closed while allowing liquor stores, abortion clinics and lottery ticket kiosks to stay open as “essential services.” Even for California churches that are small enough to fit under the 100-person limit have been hindered by the state. Sacramento issued a directive last month banning singing and chanting at religious services, saying such activities can cause the virus to spread.