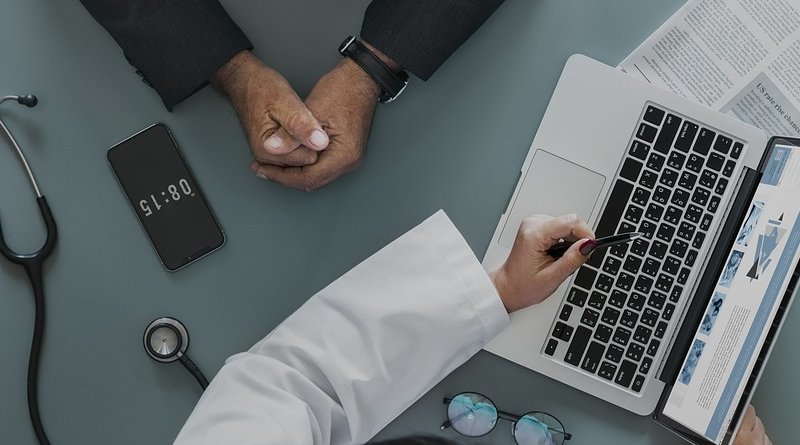 Scientists have revealed close-up details of a vital molecule involved in the mix and match of genetic information within cells – opening up the potential to target proteins of this family to combat cancer’s diversity and evolution.

A team at The Institute of Cancer Research, London, has discovered the three-dimensional structure and function of this ‘mix n match’ protein, which helps control a process linked to cancer’s progression and drug resistance.

The researchers believe the study opens up a potentially exciting new way to tackle drug-resistant cancers and will be exploring the possibility further within the pioneering £75 million new Centre for Cancer Drug Discovery.

The study is published in the Biochemical Journal and was funded by Cancer Research UK with additional support from the Faringdon Fund, which was created by The Institute of Cancer Research (ICR) to get high-risk projects off the ground following a generous philanthropic donation.

Researchers at the ICR investigated the structure and function of a molecule known as DHX8. This belongs to a class of proteins involved in a fundamental process in life called ‘alternative splicing’, which affects 95 per cent of human genes.

Splicing takes place once the DNA code has been copied into RNA, with certain pieces cut out and the rest stuck together to create a final code that is translated into protein.

In alternative splicing, the bits of RNA that are cut out, or kept in, can be varied to create multiple proteins from a single gene – increasing the diversity of proteins available to cells.

When alternative splicing goes wrong, it can generate changes to the proteins within cells – which can lead to cancer, or fuel cancer’s diversity, evolution and drug resistance.

Splicing is carried out by a complex made up of proteins and RNA, which constantly changes during the cutting and gluing of the RNA. DHX8 is a crucial member of this complex and helps to release the finished RNA into the cell so it can be translated into protein.

In this new study, the researchers examined how the human DHX8 protein binds to RNA and acts to unravel RNA from the rest of the splicing machinery.

They also determined the first high-resolution X-ray crystal structures of DHX8 with and without RNA – allowing them not only to visualise the protein’s molecular structure but also to gain key clues about its function.

In particular, the study shed light on the roles of specific structural regions of DHX8, including the so-called ‘DEAH motif’, ‘hook loop’ and ‘hook turn’ regions, which were all shown to be vital for DHX8’s function.

The researchers next want to study in greater detail how DHX8 can contribute to cancer – and believe their study will open up ways of blocking members of the protein family as a promising new approach to treatment.

Attempting to combat cancer’s diversity is one of the central strategies the ICR is pursuing as part of a pioneering research programme to overcome the ability of cancers to adapt, evolve and become drug resistant.

The ICR – a charity and research institute – is raising the final £14 million of a £75 million investment in the new Centre for Cancer Drug Discovery to house a world-first programme of ‘anti-evolution’ therapies.

“Our study has shed new light on the structure and function of a crucial protein involved in the process of alternative splicing, in which genetic information is mixed and matched to create multiple protein molecules from a single gene.

“Cancer cells take advantage of alternative splicing to diversify, evolve and escape the body’s regulatory mechanisms. By determining the detailed molecular structure of one of the key protein molecules involved in alternative splicing, we have opened up potentially exciting new avenues for cancer treatment.”

“We are excited to study these ‘mix and match’ proteins further, because we think our findings open up a new route to help block cancer’s evolutionary pathways, and potentially overcome drug resistance.

“This is exactly the sort of approach we plan to take within our pioneering new Centre for Cancer Drug Discovery, which once completed will house the world’s first ‘Darwinian’ drug discovery programmed dedicated to overcoming the twin challenges of cancer evolution and drug resistance.”

“This research provides valuable information about how cancer cells hijack a process in our cells to make them more diverse and enables them to evade treatment. Although more work is needed to build on these findings, this research could open up the possibility of novel cancer therapies in the future.”