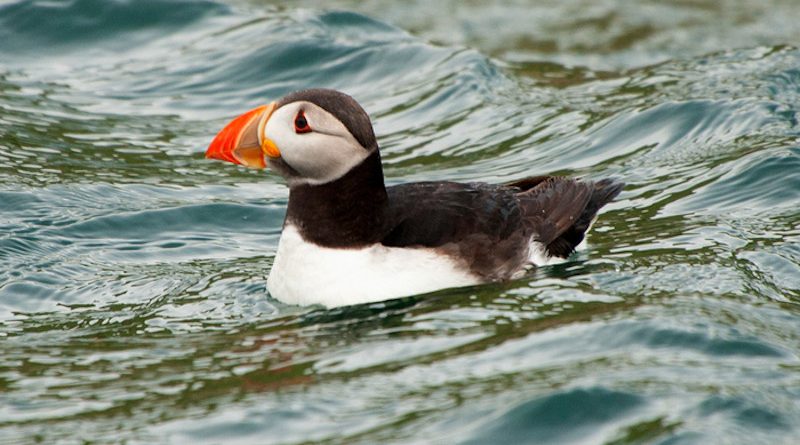 Every winter, thousands of emaciated seabird carcasses are found on North American and European shores. In an article published in Current Biology, an international team of scientists including the CNRS1 has shown how cyclones are causing the deaths of these birds.

The latter are frequently exposed to high-intensity cyclones, which can last several days, when they migrate from their Arctic nesting sites to the North Atlantic further south in order to winter in more favourable conditions. After equipping more than 1,500 birds of the five main species concerned (Atlantic puffins, little auks, black-legged kittiwakes, and two species of guillemots) with small loggers2 and by comparing their movements with the trajectories of cyclones, the scientists were able to determine the degree of exposure of the birds to these weather events.

By modeling the energy expenditure of birds under such conditions, the study suggests, surprisingly, that the birds do not die from increased energy expenditure, but as a result of their inability to feed during a cyclone.

The species studied are particularly unsuited to fly in high winds and some cannot dive into a stormy sea, preventing them from feeding. Trapped during a cyclone, these birds will starve if the unfavourable conditions persist beyond the few days that their body reserves allow them to survive without food.

As the frequency of severe cyclones in the North Atlantic increases with climate change, seabirds wintering in this area will be even more vulnerable to such events.

The following major international structures took part (among others): the University of Wisconsin, the Norwegian Polar Institute and the Norwegian Institute for Nature Research.

2 – GLS (Global Location Sensor) tags are tiny tracking devices weighing around 1g, capable of recording light levels in the vicinity of the bird, allowing the position of the equipped individual to be calculated. Though less accurate (range of about 200 kilometres) than a GPS device, these loggers require little energy and have a long life span. They are placed on the metal rings that scientists put on the birds’ leg.