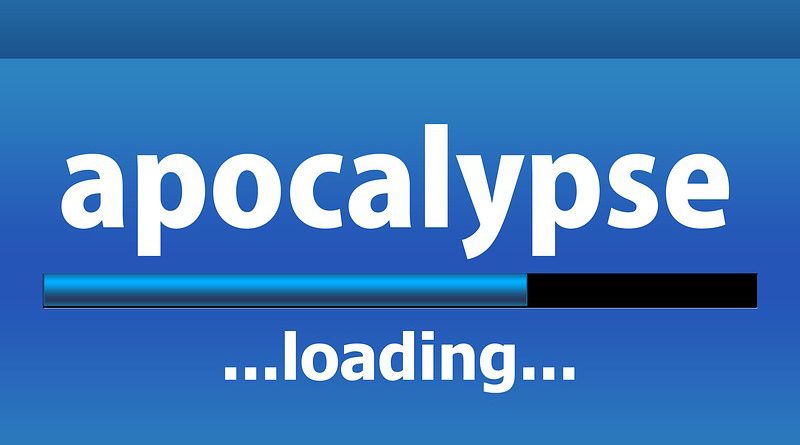 A new global survey to be published in the medical journal Lancet Planetary Health illustrates the depth of anxiety many young people are feeling about climate change. Nearly 60% of young people approached said they felt very worried or extremely worried. More than 45% of those questioned said feelings about the climate affected their daily lives.

Three-quarters of them said they thought the future was frightening. Over half (56%) say they think humanity is doomed. Two-thirds reported feeling sad, afraid and anxious. Many felt fear, anger, despair, grief and shame – as well as hope.

The survey across 10 countries was led by Bath University in collaboration with five other universities and was funded by the campaign and research group Avaaz. It claims to be the biggest of its kind, with responses from 10,000 people aged between 16 and 25. These young people were asked their views on the following statements:

The authors say young people are confused by governments’ failure to act. They say environmental fears are “profoundly affecting huge numbers of young people”. Chronic stress over climate change, they maintain, is increasing the risk of mental and physical problems. And if severe weather events worsen, bad mental health impacts will follow, and extremist religious and political groups will grow..

Of course, various Christian sects have predicted the end of the world throughout the tumultuous decades of the 20th century. And very few Muslims believe that the Bible’s and the Quran’s war of Gog and Magog (Gog u-Magog in Hebrew and “Yajuj amd Majuj” in Arabic) is coming in the 21st century.

But it is true that human society changed more rapidly, violently and fundamentally in the last 150 years than ever before in history. Doctors saved the lives of millions. Dictators sacrificed the lives of millions. Populations are exploding in Africa and populations are declining in Europe. Technology produces both worldwide prosperity and worldwide pollution at the same time.

Should we look upon the future with optimistic hope or with fatalistic trepidation?  Is the world and our society heading towards a wonder-filled new age, or toward a doomsday? Or are both occurring almost concurrently because breakdown is always a prelude to breakthrough?

Jews, whose biblical prophets were the ones who first wrote about a future Messianic Age, recognize that the birth of a Messianic Age must be preceded by its birth-pangs.  But the prophets of Israel also emphasize the glories of a future world living in peace and prosperity with justice for all.

Ancient Jewish prophecies did proclaim that there would be an end to the world as we know it. But they did not prophesy that the world will come to an end, nor did the Prophets of Israel offer an exact date for the transition.

The advent of the Messianic Age is, unlike the Mayan date, not knowable because humans have free will and thus the exact time and manner of redemption cannot be determined in advance. Much depends on what we humans do.

The beginning of the Messianic Age marks a time of transition from one World Age into another. How we move through this transition, either with resistance or acceptance, will determine whether the transformation will happen through cataclysmic changes or by a gradual reform of human society; which will lead to a world filled with peace, prosperity and spiritual tranquility.

In most religious traditions, redemption is defined in terms of individual enlightenment or personal salvation.  However, the Prophets of Israel conceived redemption as a transformation of human society that would occur through the catalyst of the transformation of the Jewish community.

The birth of a redeemed Messianic world may be the result of an easy or difficult labor.  If everyone would simply live according to the moral teachings of his or her religious tradition, we would ourselves bring about the Messianic Age.

But, if we will not do it voluntarily, it will come through social and political upheavals, worldwide conflicts and generation gaps. The Messiah refers to an agent of God who helps bring about this transformation.

The Jewish tradition teaches that this agent of God (together with several forerunners and many disciples) will be a human being, a descendant of King David, with great qualities of national leadership similar to Moses or Mohammed.

The arrival of the Messianic Age is what’s really important, not the personality of the agents who bring it about, since they are simply the instruments of God, who ultimately is the real Redeemer.

The Messianic Age is usually seen as the solution to all of humanity’s basic problems. This may be true in the long run but the vast changes the transition to the Messianic Age entails will provide challenges to society for many generations to come.

For example, 2700 years ago the Prophet Isaiah  predicted that someday there would be a radically new world in which Jerusalem would be fulfilled with joy for “no more shall there be in it an infant that lives only a few days.” (Isaiah 65:20)  Before the mid 19th century the annual death rate for humans fluctuated from year to year but always remained high, between 30 and  50+ deaths per 1,000 individuals.

Those elevated, unstable rates were primarily caused by infectious and parasitic diseases. The toll from disease among the young was especially high. Almost 1/3 of the children born in any year died before their first birthday; in some subgroups, half died. Because childbirth was hazardous, mortality among pregnant women was also very high.

A century ago, the infant mortality rate in Jerusalem (as in most of the world) was 25-30%. Now it is less than 1%. For thousands of years almost every family in the world suffered the loss of at least one infant; now it happens to less than one out of two hundred.

The fulfillment of Isaiah’s prophecy has thus gone un-noticed and uncelebrated. But even when the events are rapid and dramatic, people rarely connect them to their Messianic significance for very long. The amazing rescue of 14,235 Ethiopian Jews in a 1991 airlift to Israel, lasting less than 40 hours, stirred and inspired people for a few weeks.

Subsequently, the difficult problems the newcomers faced (similar to those of the 900,000 Soviet immigrants) occupied the Jewish media. Now both are taken for granted. The miracle has become routine. But if you had told the Jews of Ethiopia two generations ago that they would someday all fly to Israel in a giant silver bird, they could only conceive of this as a Messianic miracle.

If you had told Soviet Jews a generation ago that the Communist regime would collapse, the Soviet Empire disintegrate, and hundreds of thousands of Soviet Jews would emigrate to Israel, they would have conceived it only as a Messianic dream.

In our own generation therefore we have seen the dramatic fulfillment of Isaiah’s prophecy:  “I will bring your offspring from the (Middle) East and gather you from the (European) West. To the North (Russia) I will say ‘give them up’ and to the South (Ethiopia) ‘do not hold them’.  Bring my sons from far away, my daughters from the end of the earth.” (Isaiah 43:5-6)  Isn’t it amazing how people adjust to living in a radically new world and forget how bad things were in the past.

Also taken for granted are the Abraham Accords signed last year. On September 15, 2020, the UAE became the first Gulf nation to establish formal relations with the Jewish state, and the third Arab country ever to do so after Egypt and Jordan in 1979 and 1994, respectively.

The UAE and Israel have sought to emphasize the economic dividends offered by normalization, especially Dubai, which continuously seeks to expand its tourism, technology and business sectors. The two sides have opened embassies in each other’s countries and signed many trade agreements.

In the last year, a number of Israeli start-ups in the fields of artificial intelligence, fintech and agriculture have set up shop in the UAE. Business exchanges between the two countries, reached $500 million in August — excluding investments — after tourism, aviation and financial services deals were struck. According to Israel’s consulate in Dubai, nearly 200,000 Israelis have visited the UAE since the establishment of ties.

You rarely hear about these positive developments because the news media focuses almost all its attention on possible dangers and threats. If people learned more about what the prophets of Israel really taught about the advent and outcome of the birth pangs of the Messianic Age they might be less anxious about predictions of future dooms-days. The birth of the new child is more than worth the labor pains.