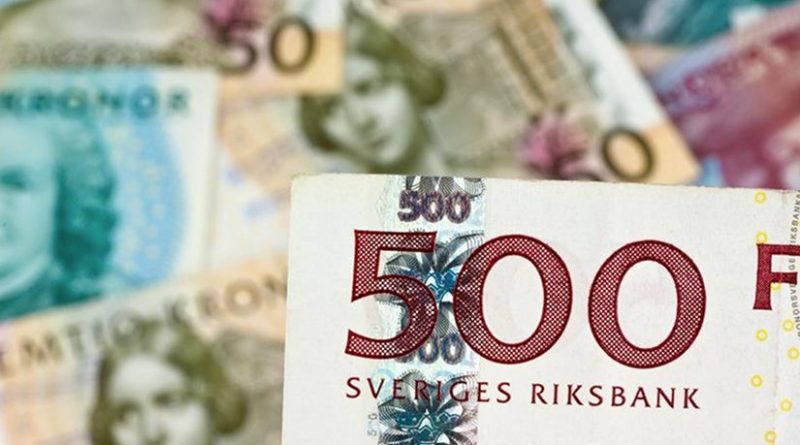 Sweden is on its way to becoming the world’s first cashless society, thanks to the country’s embrace of IT, as well as a crackdown on organized crime and terror, according to a study from Stockholm’s KTH Royal Institute of Technology.

Niklas Arvidsson, an industrial technology and management researcher at KTH, says that the widespread and growing embrace of the mobile payment system, Swish, is helping hasten the day when Sweden replaces cash altogether.

“Cash is still an important means of payment in many countries’ markets, but that no longer applies here in Sweden,” Arvidsson said. “Our use of cash is small, and it’s decreasing rapidly.”

In a country where bank cards are routinely used for even the smallest purchases, there are less than 80 billion Swedish crowns in circulation (about EUR8 billion), a sharp decline from just six years ago, when the total in circulation was SEK106 billion.

“And out of that amount, only somewhere between 40 and 60 percent is actually in regular circulation,” he said. The rest is socked away in people’s homes and bank deposit boxes, or can be found circulating in the underground economy.

The result of collaboration between major Swedish and Danish banks, Swish is a direct payment app that is used for transactions between individuals, in real time. The service’s direct collaboration with Bankgiro and Sweden’s national bank, Riksbanken, is a critical factor in its success.

But if Swish starts to be used on a larger scale and grow to include retail transactions and e-commerce, Arvidsson said it is likely the country’s entire payment system infrastructure will have to be revamped.

That may not be as prohibitive an idea as it sounds. Arvidsson said Swish is already revolutionizing the banking system, which itself is no stranger to bold digital projects.

With digital giro systems, early electronic payment services and other advances in online financial services, Swedish banks have been early adopters of advanced IT systems, he said.

“Combined with a strong IT sector, this has led to more competitive financial services in Sweden. The success also depends on the Swedish consumer tradition of welcoming electronic payment services.”

Besides simplicity and lower costs, digital payments also add transparency to the nation’s payment system. Several banks in Sweden already have 100 percent digitalized branches that will simply not accept cash.

“At the offices which do handle banknotes and coins, the customer must explain where the cash comes from, according to the regulations aimed at money laundering and terrorist financing,” he said. Bank staff are required to file police reports in response to suspicious cash transactions.

In spite its popularity, Sweden will still have to ensure that all people are able to participate in the new payment system, Arvidsson said. The transformation would present serious challenges for those who are unfamiliar with computers and mobile phones — mainly older people living in rural areas.

Other segments of the population likely to feel the impact are the homeless and undocumented immigrants. In a society without notes and coins, they will be even more at the mercy of government systems to survive

Whether cashless societies spread beyond Sweden is another question. “Swish is a brilliant idea, but to introduce it internationally is a challenge, not least because it takes a long time to change other countries’ banking systems from scratch. But it is not impossible that a Swish-based banking revolution can also occur abroad,” Arvidsson said.

One thought on “Sweden On Track To Becoming First Cashless Nation”

From toilet paper to industrial chemicals, there’s no doubt the COVID-19 pandemic has been disruptive to global supply chains. But