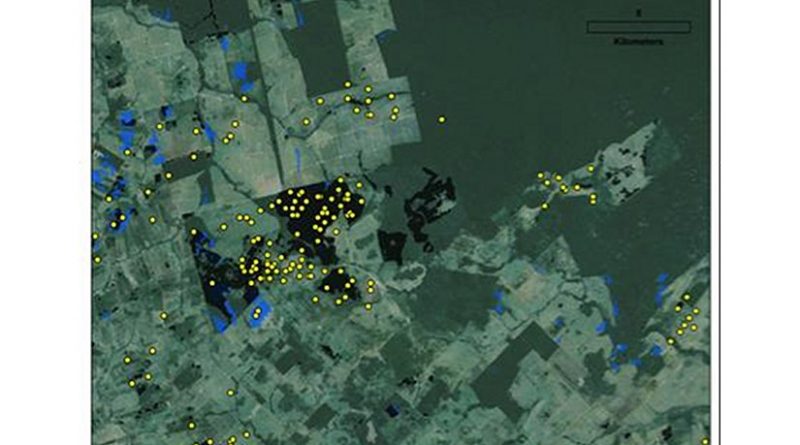 Efforts by the Brazilian government over the past 15 years to curb deforestation have been a widely celebrated success, but a new study finds that there’s more deforestation happening in Brazil than official accounts suggest.

The study, led by researchers from Brown University, compared data from Brazil’s official Monitoring Deforestation in the Brazilian Amazon by Satellite Project (PRODES) with two independent satellite measures of forest cover. The study found that about 9,000 square kilometers of forestland not included in PRODES monitoring were cleared from 2008 to 2012. That’s an area roughly the size of Puerto Rico.

“PRODES has been an incredible monitoring tool and has facilitated the successful enforcement of policies,” said Leah VanWey, co-author of the research and senior deputy director at the Institute at Brown for Environment and Society. “But we show evidence that landowners are working around it in ways that are destroying important forests.”

The research is published in the journal Conservation Letters.

PRODES has been a key part of Brazil’s effort to curb deforestation, an effort that has had significant success. In 2003, 25,000 square miles of Amazon rainforest were lost to deforestation. That dropped to an average of 5,300 square miles between 2009 to 2013, according to the PRODES monitoring system.

The problem, the researchers say, is that PRODES monitors only primary Amazon rainforest. It excludes dry forests, another critical biome in the region, as well as secondary forests — land that was cleared many years ago and has since become reforested. PRODES also excludes discreet forest plots smaller than 6.25 hectares (about 15.4 acres).

“PRODES essentially masks out these regions and treats them as non-forest,” VanWey said. “We wanted to compare the PRODES maps with satellite sources that just look at canopy cover, without those exclusions. We showed that while deforestation in large plots of primary rainforests has declined, it has expanded in these areas not tracked by PRODES.”

The independent measures of forest loss used in the study came from the Global Forest Change project and the Fire Information for Resource Management Systems.

The 9,000 square kilometers of untracked deforestation that the study found could have ramifications beyond the loss of critical forests. Brazil uses PRODES to calculate how much greenhouse gas the country emits through the burning of forest biomass. This study suggests that Brazil’s deforestation-related greenhouse gas emissions are nearly twice as high as PRODES estimates.

“Brazil recently ratified the Paris Climate Agreement, which mandates substantial reductions in greenhouse gas emissions from 2005 levels,” VanWey said. “By missing so much deforestation in PRODES measurements, Brazil is overestimating their emissions reductions.”

VanWey and her colleagues say their results show that Brazil needs to update its detection and enforcement strategy to better reflect the realities of land use on the ground.

“There’s been a transformation in the way people do agriculture,” VanWey said. “At the same time, the landscape has changed with emergence in recent decades of these secondary forests. We suggest that enforcement and monitoring regimes need to be updated for that new reality of land management.”

VanWey stressed, however, that the news from this research isn’t all bad. The study verified that Brazil’s efforts to curb deforestation have been successful, albeit with important caveats.

“In some ways this is an optimistic story because it shows that the enforcement activities through PRODES were incredibly effective in protecting primary forest,” she said. “But these other forest areas are important as well, and they’re worth protecting.”