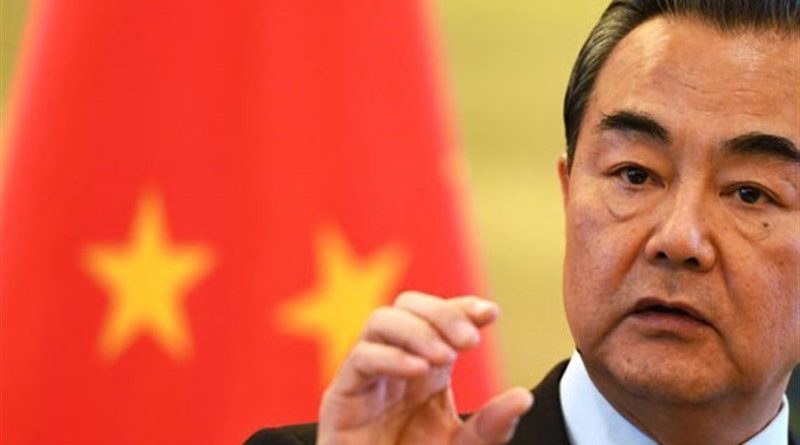 A spate of visits to Southeast Asia this week by Chinese Foreign Minister Wang Yi augurs a possible return to a charm offensive by China. Wang will visit Cambodia, Malaysia, Laos, and Thailand on the heels of his meeting with Indonesian Coordinating Minister for Maritime Affairs and Investment Luhut Binsar Panjaitan in Kunming (October 9), and with Philippine Secretary of Foreign Affairs Teodoro Locsin in Tengchong City, Yunnan (October 9-11).

Geopolitics and economics are driving China to invest more in neighborhood diplomacy. Rivalry with the United States continues to heat up and the Quad foreign ministers’ meeting in Tokyo last week cap the growing pressure for Beijing. Last year, Europe described China as an “economic competitor” and “systemic rival.” Last month, the United Kingdom, France and Germany joined the U.S. and Australia in repudiating China’s excessive claims in the South China Sea. At the same time, ASEAN has eclipsed the European Union to emerge as China’s largest trade partner this year.

This combination of strained ties with great powers and ASEAN’s growing economic importance may propel neighborhood diplomacy to high priority. Faced with restrictions in the North and West, China will go South and East. To this end, Beijing has several goals: 1) disrupt efforts to build a hostile coalition in its periphery; 2) keep the South China Sea disputes a matter between claimants or, at most, between China and ASEAN; 3) discourage ASEAN from toeing Washington’s call to ban Chinese technology and infrastructure companies; 4) ensure the continuation of Belt and Road projects and; 5) expand economic engagement. In turn, this presents an opportunity for regional countries like the Philippines, if only they can preserve their strategic autonomy in an increasingly polarized geopolitical landscape.

Improving ties with ASEAN is crucial if Beijing wants to avoid getting entangled in multiple fronts simultaneously. Regardless of the results of the November elections in the US, great power competition is here to stay. Irrespective of either a Trump or Biden victory, the Indo-Pacific strategy or a new incarnation will be sustained. Similarly, territorial and maritime disputes with India and Japan will remain an irritant in relations with its powerhouse Asian neighbors. However, the creation of an Asian NATO will change the equation. Even calls for the same already raise China’s sense of insecurity to new heights. Hence, Beijing’s overtures to ASEAN may be meant to dissuade the bloc from joining an expanded Quad, which may form the nucleus of an Asian NATO, or overly securitizing Chinese investments. Seen from this angle, it is not a coincidence for Defense Minister Wei Fenghe who visited the region last month and Foreign Minister Wang Yi who will make his own tour this week to skip Vietnam, despite being ASEAN Chair this year, as Hanoi leans toward joining the Quad Plus.

Furthermore, realizing how the South China Sea row continues to adversely affect ties with its southern neighbors, China called for the early resumption of the Code of Conduct talks. Recommitting to this ASEAN-China mechanism is also meant to frustrate what Beijing sees as foreign meddling in the flashpoint. Nonetheless, Beijing’s desire to upend ASEAN member states’ military engagement and offshore energy contracts with other countries in the South China Sea will continue to receive pushback. The flashpoint will continue to be a sore spot in its peripheral diplomacy and will continue to draw the ire of maritime powers, much to its chagrin.

U.S. sanctions against Huawei and Chinese construction companies and calls for other countries to follow suit may impact on Chinese projects in Southeast Asia, a key geography for the Belt and Road Initiative. Thus, Beijing will allay regional concerns and ensure the implementation of agreed infrastructure projects. As ASEAN continues to attract foreign capital, including those exiting or reducing dependence on the Chinese market, Beijing knows that this may dilute its economic leverage. Such economic carrots may also be used to court regional countries away from their big northern neighbor. Thus, stepping up trade with and investments in the region goes beyond seizing economic opportunities even amid a recession. Doing so will sustain a primary lever of Chinese influence in the vibrant and strategic region.

ASEAN remains open to connectivity projects from various proponent countries. Except for Manila, Washington’s calls to ban Chinese construction firms received muted responses from most regional capitals. And even in the Philippine case, government was quick to clarify that Chinese projects will continue, a decision that has regional resonance. Chinese-bankrolled big ticket items like the Jakarta-Bandung Railway (Indonesia), East Coast Rail Link (Malaysia), China-Laos Railway, and Phnom Penh-Sihanoukville Expressway (Cambodia), among others, continue to hit the ground running, some even at the height of the pandemic early this year. In his coming trip to Thailand, Wang Yi is expected to sign a contract for the Chinese-funded 252- kilometer Bangkok-Nakhon Ratchasima railway, part of the broader Pan-Asian Kunming-Singapore railway system.

In the regional telecoms market, Huawei remains a big force and is unlikely to be pushed out. In the Philippines, a local company that partnered with China Telecoms will break the duopoly in the domestic telecoms industry notorious for having one of the region’s slowest and most expensive internet services. Hence, thus far, infrastructure work remains insulated and can probably weather tensions in international relations.

ASEAN would choose a more charming and less offensive China any day. They would welcome cooperation with China in the common struggle against the pandemic and in fueling economic recovery. This said, intractable disputes will continue to pose challenges in regional relations. From dams and sharing of hydrological data in the Mekong River to the South China Sea row and security concerns over Chinese investments in strategic sectors, the menu of issues that have to be handled deftly is long and profound. Thus, while a positive turn in China’s strategy is certainly welcome, serious work remains to address longstanding issues.

This article was published by Philippine Association for Chinese Studies

By Anbound Malaysia* The Indo-Pacific policy guidelines that was announced by the German Federal Foreign Office last week, is a