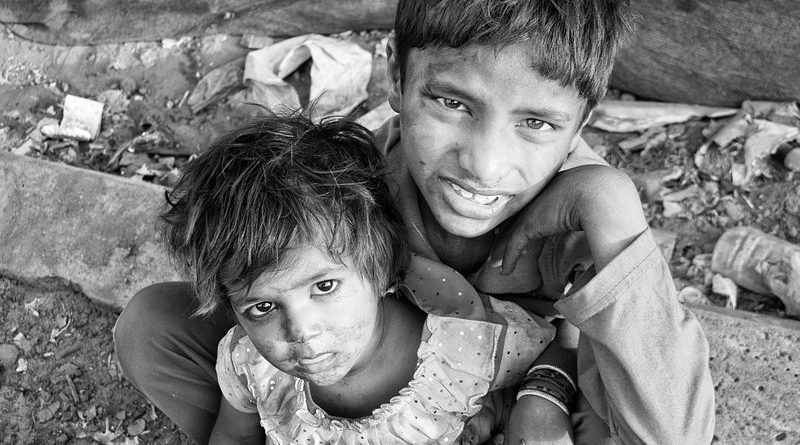 The award of the 2020 Nobel Peace Prize to the UN’s World Food Programme highlighted a serious problem facing the planet: availability of food. Southeast Asia is by no means immune to hunger even though the region is a major producer of food.

The Nobel Peace Prize Committee has awarded the 2020 Nobel Peace Prize to the United Nations’ World Food Programme (WFP). The Committee cited the WFP’s “efforts to combat hunger” and its “contribution to bettering conditions for peace in conflict-affected areas,” describing the WFP as “a driving force in efforts to prevent the use of hunger as a weapon of war and conflict,” while praising the agency’s “impressive ability to intensify its efforts” during the COVID-19 pandemic.

The WFP is the UN’s primary instrument for realising the Sustainable Development Goal of eradicating hunger by 2030. It tackles chronic food insecurity reflected in the inability of 690 million people or 8.9 per cent of the world’s population to access sufficient food, and acute insecurity (exposure to debilitating hunger over an extended period) suffered by 135 million people in 2019.The WFP seeks to address hunger’s root causes: nutrition, market support for smallholdings, social protection and safety nets, gender inequality, income inequality, sustainable livelihoods and ecosystems, and action on climate change and disaster risk mitigation.

In a world overshadowed by divisiveness, economic misery and the COVID-19 pandemic, this year’s award has special significance. The Nobel Committee said “the need for international solidarity and multilateral cooperation is more conspicuous than ever”. At a time when rising nationalism and populism are undermining multilateralism and international coordination, the Prize sends a signal that global problems require coordinated solutions.

Millions today are affected by hunger that is driven by conflict and the pandemic. The need for funds is more pressing than ever before. The WFP has suffered funding constraints in recent years, as several countries, including the United States, slashed funding for international organisations. The Peace Prize is a call to the international community to fund the UN agency adequately to ensure people do not starve.

The WFP’s work assumes added urgency because, after decades of progress, the trend reversed in 2014 resulting in rising world hunger, driven by climate change, the growing number of conflicts around the world, and increasing inequality. The Nobel Prize is a very timely way of bringing attention to the work of the WFP.

Why Food Is Critical

Hunger stems from the inability to afford a sustainable diet. To survive, individuals need a certain calorific intake each day, with the number differing by age, occupation and gender. Malnutrition results in invidious effects ranging from vulnerability to disease, frequent bouts of sickness, physical weakness, impaired cognitive reasoning, and an inability to engage in productive work.

The effects on children are worse. Research in recent years has shown that nutritional deprivation until the age of five, when the brain develops the most, permanently hinders children’s ability to learn. Malnutrition remains endemic among children leading to stunting and wasting.

Across Southeast Asia, 25.7 per cent of children under five suffer from stunting (children do not grow to reach their potential) while 8.7 per cent suffer from wasting (the child weighs less than its age-appropriate weight). These children are highly susceptible to disease and neurological impairment.

The interventions required in later life to make up for learning gaps are expensive, time-consuming and difficult to implement, and many nations in Southeast Asia lack the resources to address these problems.

The COVID-19 pandemic has upended efforts to control hunger. It may add between 83 and 132 million people to the total number of undernourished in the world.

Disruptions in agricultural supply chains; the inability to work because of lockdowns and stringent social distancing measures; the absence of a social safety nets in countries with large informal sectors; school children from poor homes deprived of the one assured wholesome mid-day school meal – have all contributed to a surge in hunger. Rich countries are not immune. Even the United States has experienced unprecedented growth in hunger.

Oxfam estimates that if not addressed, hunger could kill 12,000 people a day. In many countries, the odds of dying from hunger outweigh those of dying of a COVID-19 infection. The World Bank has warned that over 150 million people could be pushed into extreme poverty by next year. The WFP has aggressively stepped up efforts to reach the most deprived, stating “until the day we have a vaccine, food is the best vaccine against chaos”.

The world produces enough food to feed everyone. The challenge is to get it where it is needed the most – a task rendered more challenging by the pandemic. The most severe impact has been on developing countries, including those in Southeast Asia, driven by restrictions on mobility, imperative for controlling the transmission of COVID-19, and fragmented agricultural markets that make it difficult to coordinate the movement of food products.

The most serious threat to food security is from climate change. The average annual number of extreme weather events, such as floods and droughts, has more than doubled since the 1990s, adding to instability in agriculture.

Southeast Asia is among the regions most vulnerable to extreme weather change. It is particularly susceptible to high temperatures and increases in humidity. Events such as mass migrations, including Europe’s 2015 refugee crisis, and other forced displacements due to droughts, floods, natural disasters, and political instability and strife, indicate the risks that may lie ahead.

According to research presented at the Paris climate talks, nearly a third of the total arable land has been lost to soil erosion and pollution over the past 40 years, and if current food consumption patterns continue, all of the planet’s forests would need to be cleared to meet the demand for food.

The challenges for policymakers are clear. In a deeply interconnected and globalised world, food security and elimination of hunger require a global commitment of resources. Climate change and the pandemic have aggravated the threat to food supply and human well-being.

The award of the 2020 Nobel Peace Prize to the WFP is another reminder of the need to redirect human effort and government policy to quickly address the danger faced by the world’s population. In the absence of a compact on multilateralism, a quick way to build on the momentum generated by the pandemic is to “regionalise” responses through WFP’s initiatives around the world.

In ASEAN, member states work with ASEAN Dialogue Partners to expand food production and protect children from malnutrition and other diseases. Such cooperation can be intensified and more long-term programmes instituted to secure food supplies and prevent hunger.

While ASEAN is well on the path towards ensuring aggregate food security, the immediate challenge in these extraordinary times is to ensure that those most deprived of nutrition are able to get a balanced daily diet.

The global community is increasingly disorderly and disorganised in tackling the serious challenges it faces, and the potentially devastating ones that lie ahead. Peace from absence of war is not sufficient to ensure economic progress and human security.

The COVID-19 pandemic has shown the need for a fundamental reordering of global governance. Until a reinvigorated compact with global leadership emerges, regional approaches among partners with common purpose, as ASEAN is attempting to do, may be the next best alternative.