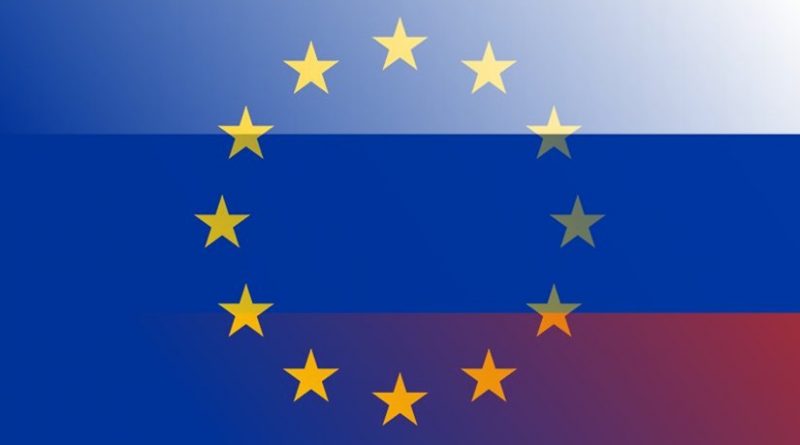 The Association of European Business, which unites European companies, believes that both business circles and business diplomacy can and should make a useful contribution to restoring mutual trust and confidence in the business sphere. Under its aegis, European businesses show readiness to expand cooperation and to implement mutually beneficial joint projects. On the other hand, Russia continues steadily creating the most favorable working conditions for foreigners, difficult though.

The European enterprises attend the St Petersburg International Economic Forum. The companies have people with first-hand knowledge about the market opportunities, how to overcome the challenges in Russia. European firms that have been around for a long time have much interest in expanding cooperation with Russian companies and increasing investment in the Russian economy.

As an association, it adheres to the principle of independence. It marked 25 years and planned to strengthen its foothold with series of business events this year, one of them to organize a grand conference under the motto:“Russia and Europe in the world of tomorrow: looking back on the past to move towards the future.” Over the years, the Association of European Business has held corporate meetings with participation of top Russian politicians and business stalwarts. Foreign Minister Sergey Lavrov has always been the guest speaker during the Association of European Business.

The Association of European Business marked its 25th year early October 2020. During the opening, Guest Speaker Minister Sergey Lavrov noted, with an appreciation, the association’s various efforts to promote economic, investment and trade ties, laying a solid foundation for building good relations between Europe and Russia.

“We value opportunities for dialogue with European entrepreneurs aimed at pushing forward a pragmatic, politics-free and mutually beneficial agenda designed to improve the wellbeing of the people in Russia,” he said.

While pointing to the consistent commitment of the European businesses to Russia, Lavrov further touched on the common tasks and challenges based on the universally recognized norms of international law. Regrettably, this has not happened so far.  Quite to the contrary, some of our Western colleagues led by the United States have tried to take advantage of the novel coronavirus crisis to promote their narrow interests even more energetically and to settle scores with their geopolitical rivals.

Likewise, they have paid no heed to the initiative, put forth by President Vladimir Putin at the online G20 meeting, for setting up green corridors free from trade wars and sanctions to supply medications, food, equipment and technologies. This attitude to unifying initiatives is seriously poisoning the atmosphere of international cooperation and increasing the lack of mutual trust, damaging not only ordinary people, who have been affected, first of all, but also the business circles.

There are alarming trends that have also affected Russia-EU relations. For instance since 2014, when the European Union ruined the multilevel architecture of interaction between Brussels and Moscow, from summit meetings to over two dozen sectoral dialogues. Restrictions are, still retained on Russian economic operators’ access to external financial markets. European producers, too, continue to sustain multi-billion losses. Regrettably, the EU agencies continue their shortsighted policies, according to Foreign Minister.

“We regret that trade and economic cooperation is becoming increasingly politicized. Trade and economy have been viewed as a safety net in relations among nations. Nowadays though, things seem to have shifted into a somewhat different phase, Lavrov told the business gathering.

“Politicized energy cooperation is yet another blow at the foundations of what we call European security. Energy is the area of cooperation dating back over 50 years. Protectionism and other barriers and restrictions will only aggravate the economic situation, which is already complicated. By the way, we noted that the Business Europe Confederation of European Business recently published recommendations aimed at protecting European businesses amidst sanctions-related restrictions,” he added.

Nevertheless, Lavrov suggested “we would like our discussions to become a global economic driver, we firmly believe that it is in our common interests to prevent the appearance of undesirable dividing lines in the new economic spheres created by the new technological paradigm. It is our strong conviction that this calls for combining efforts rather than trying to play zero sum games again, as was the case in the past. We are ready for cooperation on the broadest possible basis.”

European companies are cautious about the Russian market. Representatives of European companies have spoken about the greatest damage resulting from sanctions. They have complained about administrative bureaucracy, lack of investment and trade facilitation services in the country.

According my investigations and research, the Government’s Foreign Investment Advisory Council deals with such matters. There are relevant ministries – including the Ministry of Foreign Affairs, the Ministry of Economic Development and/or the Ministry of Finance. There are other independent agencies or departments such the Russian Chamber of Commerce and Trade established to help with market entry.

Russia is ready to build its relations with the European Union along some principles. The European Union remains as its important trade partner. As before, there is optimism that both are open to cooperation, European partners are keen on building businesses in the economic space from Lisbon to Vladivostok, this vast country and in the Eurasian region.

Obviously, the future Russia and European business relations can still be consolidated despite the current political differences. After all, Russia and the EU countries not only belong to the same cultural and civilizational matrix, but are also linked by many ties in trade and investment cooperation, scientific and technological exchange and personal contacts. Russians spend their vacation in Europe. Common geography dictates the need to join hands in opposing trans-border threats, such as terrorism and drug trafficking.

In addition, there are challenges in adapting to demographic and climate change, in introducing a new model for an innovation economy, and modernizing technology. In this sense, much “value added” can be derived from linking the economic potential of the two regions: Russia and Europe. The interest in strengthening and diversifying trade and economic ties have been growing since Soviet collapse. According statistics, trade with the European Union reached almost $300 billion in 2019.