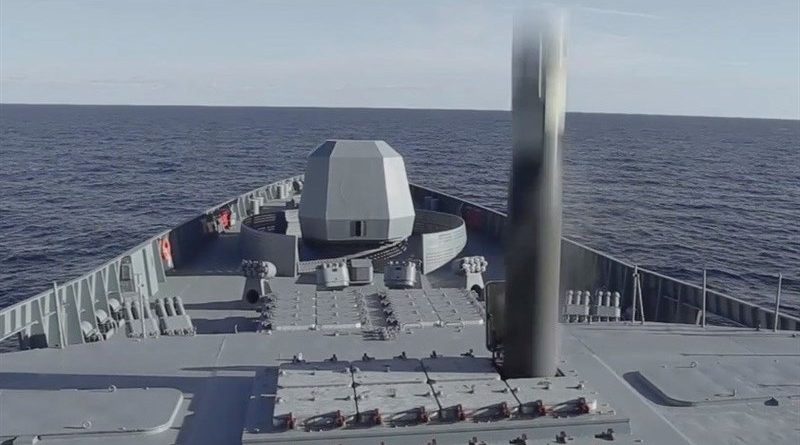 The Zircon hypersonic missile will reportedly be tested three more times by the end of the year. Fired from the Russian Navy frigate Admiral Gorshkov, it will be expected to strike an ‘aircraft carrier’ type of naval target.

The first of the three planned tests is expected to take place in late October or early November.

Zircon hypersonic missiles are considered some of the most promising weapons against carrier battle groups – and no surprise there. Modern aircraft carriers are any navy’s greatest attack power at sea, and it’s the aircraft carriers that tip the scales of a military battle.

During the local conflicts of the past decades, aircraft carriers proved to be a very effective means of war. However, they are very expensive in terms of construction and maintenance, with a nuclear-powered aircraft carrier costing up to $13-14 billion. Currently, only nine countries can boast ships like this.

The UK’s Royal Navy boasts just two aircraft carriers, HMS Queen Elizabeth and HMS Prince of Wales, while France has only one, the Charles de Gaulle (R91). India has one cruiser-carrier of the 1143 class, INS Vikramaditya (R33). The second ship, INS Vikrant (R44), has been floated out of the building dry dock and is nearing completion. The Russian Navy has one heavy aircraft cruiser, the Admiral Kuznetsov. It’s currently docked for maintenance and repairs.

It is a well-known fact that after WWII, the Russian Navy primarily focused on dealing with the carrier strike groups (CSG) or multipurpose aircraft carrier groups of a potential enemy, because these battle groups pose a significant threat to key civilian and military infrastructure in coastal areas. Traditionally, ships, submarines, and naval missile-carrying aviation have been tasked with neutralizing a potential threat of this type.

However, many experts believe that due to the insufficient range of the weapons the Russian military currently has at its disposal, Russian ships, submarines, and aircraft would not be able to come close enough to launch the anti-ship missiles. Even if they hit the jackpot and get the opportunity to attack a carrier, its escort would easily shoot down all the incoming X-22/X-32 and P-700 missiles.

After the hypersonic cruise missile enters service and serial production begins, Russian ships and submarines will get the Zircon missiles, and this problem will be largely solved.

According to reports, the range of this missile may reach 1,000 kilometers. This factor alone significantly limits a potential enemy’s capability to organize effective anti-missile/anti-aircraft defense for its naval battle groups, such as CSGs or multipurpose aircraft carrier formations.

Another major advantage for the Russian Navy will be the extremely high cruising speed of the Zircon missile, exceeding Mach 8, coupled with its minuscule radar cross-section.

To give an example, currently, Ticonderoga-class missile cruisers and Arleigh Burke-class missile destroyers are equipped with the SM-6 Block I/IA Dual I missile – and that is the most advanced surface-to-air guided missile available to the US Navy. It was designed to neutralize piloted and unmanned aircraft, low-altitude supersonic cruise missiles, and ballistic missiles’ reentry vehicles at the end of the trajectory. However, Raytheon, the company that manufactures this missile, says nothing about its capability to eliminate such targets as hypersonic cruise missiles, especially those that can maneuver mid-flight, while the Zircon is most likely capable of doing just that.

Moreover, given the very high cruise speed of this state-of-the-art Russian anti-ship missile (Mach 8 and over), a potential enemy’s surface-to-air or anti-missile systems will be rendered ineffective due to zero reaction time (the gap between the moment of threat detection and the launch of an intercepting missile). In other words, you don’t have any time to react, because your ship gets hit right after the missile is detected.

All in all, for the Russian Navy, having hypersonic cruise missiles will radically shift the balance of power on the high seas, as this new missile basically equals tactical nuclear weapons when it comes to combat performance. At this point, no potential enemy has any means of effectively neutralizing Russia’s hypersonic missiles.

*Mikhail Khodarenokis a military commentator for RT.com. He is a retired colonel. He served as an officer at the main operational directorate of the General Staff of the Russian Armed Forces.