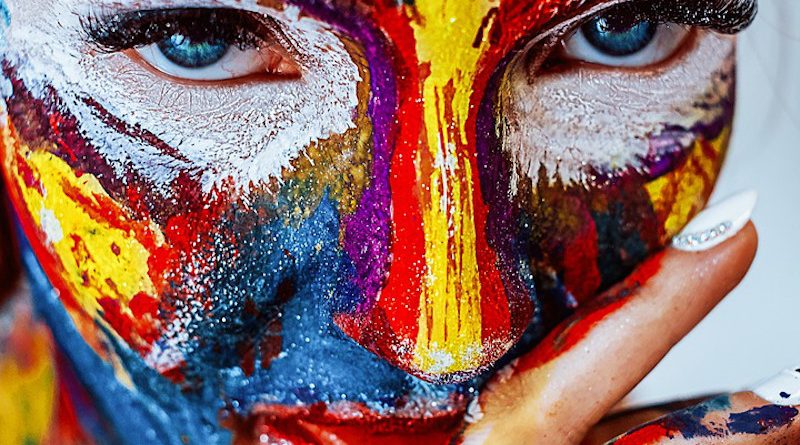 If we are empowered enough, we can see order in chaos and focus our efforts on social innovation to ‘make things happen’ — but above all, we learn to be a community.

On 26 February 2010, I had a strange hunch; I felt there was going to be a big earthquake and had the urge to flee to a safer place. I told my husband about it and he gently ignored my warning and very much preferred playing video games because he was sure nothing would happen. I decided to leave the apartment with our son and visit my parents’ house. I explained to them that I had this intuition that something was wrong. They saw I was really upset so my family decided the best thing to do was to throw a small impromptu party, sort of an end-of-the-world joke and we kept talking until 3:30 a.m. the next morning. Since nothing happened, we just decided to call it a day and go to bed. Nobody would ever have thought that roughly four minutes after, we would survive one of the strongest earthquakes ever recorded. On 27 February 2010, an earthquake measuring 8.8 on the Richter scale affected 93% of the Chilean population and left us completely isolated and unable to communicate. Tragically, a consequent tsunami killed 156 people who were not warned in a correct and timely manner.

At that moment, everyone was extremely scared and switched into survival mode. Everybody reacts differently to a crisis — some panicked, some pretended it didn’t happen, and others gained superpowers. All I wanted to do at that moment was call my husband and tell him “I told you so,” but this type of crisis creates connectivity issues and that just fuels the chaos. There was no Internet or cell phone service; I couldn’t reach him right away and I felt the urge to go out and rescue him, but at the same time, felt the incredible need for a reliable communication system in case of emergency. I had no idea how to help or what to do because everything failed, we didn’t even know how far ground zero was. Somehow, in Chile, every authority had started to phase out old and analogue communication systems because we now live in a digital era, but nobody ever thought that all the digital communication systems would go down immediately due to this big earthquake.

After a few moments of panic, I stopped and focused. I ran to the car radio, because radio is the most reliable method to relay information to the population, and even that wasn’t working. By adjusting the dial and trying to switch stations, we were able to hear catch a radio broadcast from Mendoza, Argentina, which told us exactly what had happened, where ground zero was, and the intensity of the earthquake. In a way, brought us some peace. And then it hit me, one of those “Eureka moments.” I started to think about what happened and how, from Argentina, we were able to get information in Chile. Since every national Chilean radio broadcast was dead, the electromagnetic waves were reaching us from far away; so I realised, if we can receive radio broadcasts from Argentina, why couldn’t we get data or emergency messages using the same method? I started to think about how awesome the analogue systems were and even how Morse code were used in war to have critical information available over long distances.

That’s how S!E was born, an emergency information system allows information to be relayed to anyone affected by a disaster, even without Internet or cell service. We created a system that can send messages through high frequency audio mixed into the regular radio broadcasting, which can then be received and decoded on smartphones. From chaos, a big idea was born — an idea that changed my life.

Since this pandemic started, I have not been able to stop thinking about it — how crises are opportunities to create and innovate, and how we set ourselves differently when we have to react quickly and we have to help our community.

I have to be honest here. Even though I had the idea at a time of crisis, it took me five years to empower myself, understand that I wanted to help the world with technology and develop it. Why five years? Because when you are in survival mode, you shift your priorities to the basics and practicalities. After the earthquake, we had to communicate and be prepared for aftershocks; now during this pandemic, our top priority is to survive and achieve immunity, But, at that moment of the earthquake, I was just starting college and I thought I didn’t have the skill set to develop the technology, which wasn’t true. I was grappling with depression while trying to meet society’s expectations — as a woman, mother, wife, student and worker. I had forgotten the early empowerment that I acquired around age 12 in my “hacker” phase. Early on in life, I wanted to demonstrate I could do anything, but I first had to trust myself.

When we started to build our startup and work on S!E, it was precisely a moment of empowerment, for that girl who wanted to repair the world and hack the system, but to do it, I had to hack herself first. Thanks to the technology we developed, we received awards from all over the world and I became known in the innovation and tech circles. I even became a role model for my former 12-year-old self — I’m now an inventor.

When the pandemic started this year, I already knew what to do during a crisis, how to manage priorities and how to be an innovator. As part of the innovation ecosystem, I was able to leverage my network to help others.

We have designed, manufactured and distributed all over the country intubation and extubation capsules for COVID-19 patients, which prevent aerosols from spreading and infecting medical staff. We created a campaign to receive donated laptops, repair them and deliver them to young students without the means to participate in tele-education. We are also creating STEM programmes and courses for young people in the hopes of empowering them through technology and to show them the possibility of “tech by all” and “tech for all.” We transformed into the “Pandemic Promethean” — one of the themes of this year’s CyFy, when we understood that the pandemic wants us together and connected, while realising that people are the most important of all things.

Startups and makers have demonstrated that working dynamically and rapidly is one of the keyways to deal with a crisis. Facial protectors, intubation/extubation capsules, mechanical respirators, face masks and other elements have been manufactured quickly to help during the crisis. That’s what our governments need — more agility, more teamwork and to value the inputs from hackers, makers, startups and many anonymous heroes, who from the start, adapted to change and transformed themselves into Pandemic Prometheans. We realised that big corporations have not been quick to adapt through this crisis, sometimes, you have to learn from the little ones. Teachers and medical staff simply left us speechless. Parents had to adapt their homes to protect their families, while working and educating their children at the same time.

Unfortunately, we have suffered too many losses, but we have learned that if we don’t work together, everything is that much harder.

We can all see opportunities in crises. If we are empowered enough, we can see order in chaos and focus our efforts on social innovation to ‘make things happen’ — but above all, we learn to be a community. We need physical distancing, but not social distancing. I invite you to heighten your belief in humanity and work as a team, value all the different people in your community because together we are all Pandemic Prometheans, and if you think you can’t do it, hack yourself.

Home » The Pandemic Is ‘The’ Moment: Hack Yourself – Oped