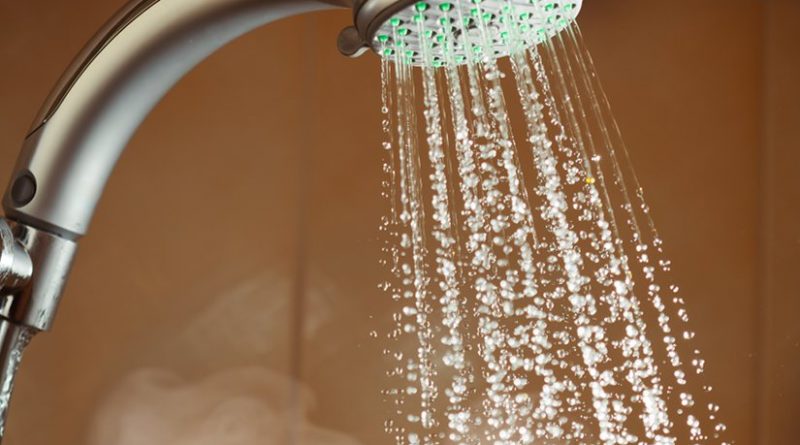 South Africans have been urged yet again to use water sparingly.

The call was made on Friday by the Inter-Ministerial Committee (IMC) for water scarcity and drought, which is led by Minister of Cooperative Governance and Traditional Affairs (CoGTA), Pravin Gordhan.

Briefing media in Pretoria on Friday, the committee warned that water is not an abundant commodity in South Africa.

To date, 4600 household and some 5900 households in Ekurhuleni have been impacted by water shedding.

“We are the 30th driest country in the world. Water scarcity is a serious issue in South Africa,” said the Minister, who added that the increasing severity of the drought is impacting negatively on the country in both social and economic terms.

Member of the IMC and Water and Sanitation Minister, Nomvula Mokonyane, reaffirmed that regional water supply dams and schemes remain water secure and are sitting with a positive water balance.

The national average dam level currently is sitting at 64,3%, compared with storage last year at the same time, where it was 74.6%.

“Generally there is a downward trend, which is indicative of a hydrological and meteorological drought. The bulk of the economic nodes and national growth points are served by such schemes, totalling 238 schemes nationally.

“Currently, KwaZulu-Natal is sitting at 57%, there are however four dams which are at critical levels, which are the Hazelmere dam, Goedetrouw dam, Hluhluwe dam and Klipfontein dam where mandatory restrictions are in place. The current abnormal heatwave has increased evaporation rates significantly and this is one of the reasons for the fall off in capacity from 66% to 64%,” explained Minister Mokonyane.

In order to minimise the evaporation losses from the Vaal River system, the department has retained storage in the Sterkfontein dam for as long as possible. The dam is currently at 96% full.

The drought currently affects 173 of the 1 628 water supply schemes nationally, serving approximately 2.7 million households or 18% of the total national population.

Minister for Environmental Affairs and also a member of the IMC, Edna Molewa, said government has been doing some work to ensure the country can plan for such instances.

She said weather predictions are done on a continuous basis. They are done on a short term basis at first and then long term over a period of six months. The phenomenal is likely to last until summer season, which is next year.

The current excessive heatwave is the result of El-Nino and it has grossly exacerbated the dry and arid conditions in the country.

The El Nino phenomenon is expected to continue at least until March 2016, which means that the current hot and dry conditions are likely to persist for the next six months.

There could be some rainfall over the interior of South Africa, but it is likely to be below normal rainfall figures.

The South African Weather Services is keeping a constant watch on the state of the El Nino phenomenon, and expects that it will weaken over the winter months of 2016.

Minister Molewa noted that government understands the cycle now comes after three to five years and is an impact of climate change.

She said government’s response has taken many forms including setting up a policy framework and there is now a National Climate Change Response Policy.

“We then look at how we institutionalise ourselves to ensure that the actions we implement are making an impact,” said Minister Molewa.

She reiterated that South Africa, like all countries must adapt to a changing climate.

“Whilst this inevitably means that our water use per capita has to reduce, on average (and be equitable), the changes that are necessary must be embraced.”

Minister of Agriculture, Forestry and Fisheries, Senzeni Zokwana, said the country has declining but sufficient stock levels of white maize until the end of April 2016, while yellow maize stocks will be very tight.

“The 2014/2015 drought affected the availability of white maize, which is a major step as well as yellow maize, which is critical for animal feed. According to the Crop Estimate Committee, the maize production estimate declined 14.2 million in 2013 to 9.8 million tonnes in 2014, 31% less.”

He said the department has allocated R66 million to implement landcare program to reduce veld and soil degradation and water loss and promote conservation agriculture practices.

The provincial Departments of Agriculture have allocated R36.5 million to relieve small scale and subsistence farmers in affected areas.

“The department provides R226 million through reprioritization of the conditional grant to provide the livestock feed and water to smallholder farmers to both maintain production animals and encourage the herd reduction through the market,” Minister Zokwana highlighted.

He added that the department will continue to provide farmers with weather advisories and warnings to guide future crop plantation and reduction of stock.

The Department of Rural Development and Land Reform have engaged some of the commodity organizations such as the sugar industry; Grain SA who will be in partnership with the Department ,and the provincial departments of agriculture to implement the identified short term, medium and long term draught relief interventions.

These include the provision of water for livestock in areas where boreholes can be drilled and construction of water troughs through RADP funding support and the Animal and Veld Management programme.