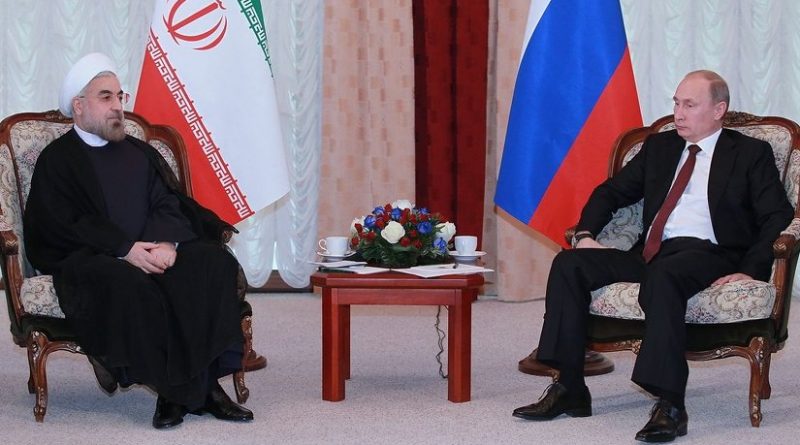 The security model followed by the West and the North Atlantic Treaty Organization (NATO) puts emphasis on “defense and deterrence” against Russia’s vital interests from 2014 to the end of 2016. During the same period of time, relations between Russia and Iran, as two neighboring countries, have been witnessing a constructive and upward trend. Therefore, positions taken under these conditions, including those taken by Russian Prime Minister Dmitry Medvedev in an interview with the Israeli Channel 2 News on November 5, 2016, with regard to Iran’s relations with Russia can be interpreted as signals sent by senior Russian officials in relations between the two influential actors, which have their roots in existing and basic realities that determine the two sides’ relations.

The main reason behind the change of direction by a Russia, whose main concern is Eurasia, and more closeness between Russia and Iran for the resolution of Syria’s strategic crisis should be sought in important variables that determine world policies in 2016 based on such common threats and risks as terrorism. Other variables effective in this regard include concerns, challenges, requests and the impact of such important international crises as the crises in Russia’s relations with the West, NATO and the European Union, in addition to the crises in Ukraine, Syria, Iraq, Afghanistan, Yemen, Libya and so forth.

In addition, the face-about in Russia’s foreign policy toward closer, developing and more serious cooperation with Iran can be seen within framework of Russia’s own developments and its changing position in the emerging world order. The 2014 crisis in Ukraine and tension in Russia’s relations with NATO and the Western front, which had started during NATO’s Lisbon Summit in 2010, were crystallized in Russia’s military intervention in Syria, which has gotten underway since September 2015. This situation has caused a deep gap in Russia’s relations with the West and EU and has caused Moscow to turn to regional actors in dealing with common foreign policy challenges.

From the viewpoint of Richard Haass, alliances and coalitions cannot be stable in an age of nonpolarity and most of them are either “selected” or “situational.” According to this logic and argument, in the age of “concerted nonpolarity,” as considered by Haass, the nature and outcomes of alliances and coalitions, like the ongoing process of strengthening of relations between Iran and Russia, should be temporary and superficial, especially with regard to management of such global crises as that of Syria. However, all available evidence shows that cooperation between Iran and Russia has been increasing and their relations have been further strengthened during past few years, thus, preventing the realization of this assumption.

The return to the Iran option by the Western actors and Russia and inviting this actor to enter the Syria talks started in late October 2015. After Iran’s participation in various negotiations on the crisis in Syria, which were held in Geneva in 2015 and led to the adoption of important resolutions on Syria at the United Nations Security Council, including resolutions 2249, 2253, and 2254, and after Iran supported the Security Council’s Resolution 2268 to start “cessation of hostilities” in Syria, Russia became more and more inclined to cooperate with Iran. Iran’s cooperation with Russia for taking tactical advantage of Nojeh Air Base in the Iranian city of Hamedan in September 2016, provided grounds of more serious collaboration between the two sides and establishment of a new regional retrenchment. Iran’s participation in the Lausanne conference on Syria crisis in 2016 was a prominent example of cooperation between big powers and regional actors for the formation of new alliances.

The qualitative model used by Russia for cooperation with other international actors like China, India, Pakistan, Arab states, Israel, the European Union, and so forth, shows that all such relations are one way or another a function of tensions in relations between Russia and the West, which have escalated since 2014. These developments, under the existing circumstances, have pushed Iran and Russia toward further strengthening of their relations with the final goal of achieving strategic complementarity in Syria.

Various dimensions and outcomes of Russia’s return to the Iran option can be also explored within framework of Iran’s foreign policy strategy and regional role. Iran’s regional strategy and policy have been traditionally focused on important regional issues and interaction with partners on the basis of security-building, stabilizing and expediency-oriented tendencies during the past few decades. Therefore, more serious interactions between Russia and Iran within the new regional retrenchment will have remarkable effects on transregional actors that are effective with regard to spheres of influence and common interests of these two actors. Under these conditions, “defense and deterrence,” as the dominant foreign policy model used in the face of Russia by the West and NATO in short and medium terms, cannot be considered as the sole factor strengthening relations between Russia and Iran under such complicated circumstances.

The new round of cooperation between Russia and Iran is not solely based on strategic threats facing Russia, but has been a natural response by Iranian and Russian foreign policies in the face of new regional and global retrenchments. Therefore, new conditions created by global and regional retrenchments have pushed Iran and Russia toward establishing inevitable topical strategic links during later months of 2016. By focusing on the strategic policy known as the “issue linkage policy,” Iran and Russia are trying to meet and protect their common strategic and geopolitical needs and interests. Under these conditions, a commitment, which is based on responsibility, is mutual and stems from high capacities in relations between Iran and Russia, will have remarkable effects on Western, Arab, Hebrew, Eastern and European structures, actors, alliances and coalitions.

Under these conditions and in the course of emerging global and regional retrenchments, Iran and Russia have their own special positions in global trends, structures and order. Any misunderstanding of the position of each actor in these circumstances by Russia and Iran or any other actor will have remarkable negative consequences for their national security whose compensation will be very difficult and costly in view of the forthcoming developments. At the same time, any breach of promise and condescending approach in mutual relations between these two actors will provide the ground for their strategic turn toward new alliances, coalitions and retrenchments, which would be at odds with the use of the existing capacities to meet and realize the interests and values of actors present in Eurasia and the Middle East.

Home » Russia: Return To The Iran Option And Capacities For Future Relations – OpEd