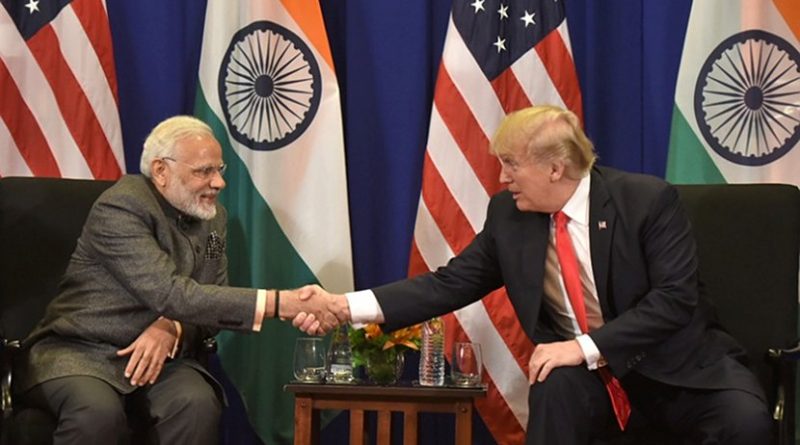 There is mounting interest in reviving the US-India-Australia-Japan Quad strategic dialogue.

There is mounting interest in reviving the defunct US-India-Australia-Japan Quadrilateral strategic dialogue. This was evident from Japanese Foreign Minister Taro Kono’s remarks to the Nikkei Asian Review, post Prime Minister Shinzo Abe’s triumph in the snap elections, that he had planned to suggest to US President Donald Trump a dialogue partnership among the four nations. The original idea of the Quad, mooted by Abe as early 2006 when he became the prime minister for the first time, was shelved following protests from China which saw it as an attempt by regional democracies to contain its advances . However, an acceleration of China’s military activities, particularly in the South China Sea, has led to an upsetting of the international rules-based order. This is the reason why the Japanese foreign minister suggested revival of the Quad — primarily to counteract the Chinese maritime posture under its Belt and Road Initiative. Moreover the Quad approach, an idea mooted by Abe as part of his “Broader Asia” strategy, is symbolic on two fronts, where first it stressed on the importance of the Indo-Japan strategic partnership and second, it recognised the leadership credentials of India in ensuring an international rules-based order in the region.

The mention of the word “Indo-Pacific” 19 times by US Secretary of State Rex Tillerson during his policy speech at the CSIS shows the strategic significance the US gives to India in the region. Traditionally, the concept of Asia-Pacific, which incorporated the US, North and South East Asia and the South Pacific, has evolved into an adoption of a narrower terminology, which is the Indo-Pacific that emphasises India’s standing in the region. This was corroborated by then US Secretary of Defence Robert Gates in the 2009 Shangri la Dialogue where he identified India as a “net security provider” in the region . This designation assumes prominence in the evolving security architecture in Asia which is characterised by a growing American retrenchment and rapid Chinese assertiveness in the maritime domain, an quintessential example being the South China Sea dispute with the Philippines. Such a transition in the balance of power has rendered the exigency to take stock of India’s role as security provider in this changing Asian security architecture.

Regarding China’s expansionist aims in South China Sea dispute, a key plank of its strategy in the region has been one to undermine the ASEAN involvement in the region which was evident in its divide-and-conquer strategy, when in 2012 Chinese Foreign Minister Yi announced that China, Brunei, Laos and Cambodia had reached “consensus” agreeing that the South China Sea is not “an issue between China and Asean as a whole”.This incident is a pointer towards the infamous strategy of salami slicing practised by China, where it not only undermines a nation’s security imperative but also disregards provisions like freedom of passage and overflight, freedom of navigation and unimpeded commerce in the region under the UNCLOS.

In this context, Indian Defence Minister Nirmala Sitharaman’s visit to Philippines, to participate in the ASEAN Defence Ministers’ Meeting Plus (ADMM-PLUS),   a nation plagued by China’s expansionist activities in the region becomes notable where India had not only been an active participant in maritime exercises conducted by the ADMM countries to enhance maritime security but also had contributed actively in numerous ASEAN-led mechanisms like ASEAN Regional Forum (ARF), ADMM-PLUS, among others. This also becomes pronounced in India’s resolve to deepen military ties with ASEAN countries through sale of defence equipment, conducting joint combat operations, participating in training and exchange programmes which forms a crucial part of its “Act East” policy in order to ensure peace, security, stability and development as had been defined in the recent ASEAN- India dialogue relations. This supplements India’s commitment not only towards UN Convention on the Law of the Sea (UNCLOS), but also in its act of preserving the global rules-based order.

Notwithstanding India’s individual pursuit of ensuring maritime security and stability, its bilateral partnerships also register a significant presence in assessing its role as a responsible security provider. The Indo-Japan joint statement earlier this year which saw an alignment of Japan’s Free and Open Indo-Pacific with India’s Act East policy, where maintaining a balance of power in the Indo Pacific and preserving maritime security through strengthening cooperation with ASEAN, is one of the major institutionalised framework that saw emergence of India’s stature as a responsible maritime nation. Also the India-Australia joint declaration in April this year, which saw a deepening of their strategic partnership through measures including bilateral maritime exercises, ongoing consultations among defence staff, affirms the importance of India’s role in the region which made Tillerson to aptly remark that India had been a critical component of a “free and open Indo-Pacific”

Implications for India’s role in the Quad

Deducing from above, Japan’s proposal for the Quad meeting on the side-lines of the East Asian Summit was timely. Especially, in view of the recent revelations of Chinese aggression, like its recent deployment of surface-to-air missiles and building radar networks in disputed islands in the South China Sea. These incidents have created favourable conditions for the revival of the Quad and an increased coordination among the nations.

Moreover, India’s increasing engagement with both regional and non-regional democracies (UK, France being notable examples) in the Indo-Pacific shows that India is steadily leaving behind its Cold-War non-alignment philosophy and is seeking ways to shape its strategic environment. This was vouched strongly by the Indian Defence Minister in the recent Goa Maritime Conclave, where she highlighted India’s initiative to engage with like-minded democracies in order to introduce and formulate collective response to “emerging challenges in the maritime domain”. Thus, India’s incipient engagement with democracies like US, Japan, Australia shows that India is ready to influence major geopolitical outcomes in the region and the Quad presents the perfect opportunity in cementing its role as both as a net security provider and a guarantor in the region.

The writer is a Research Intern at Observer Research Foundation, New Delhi.