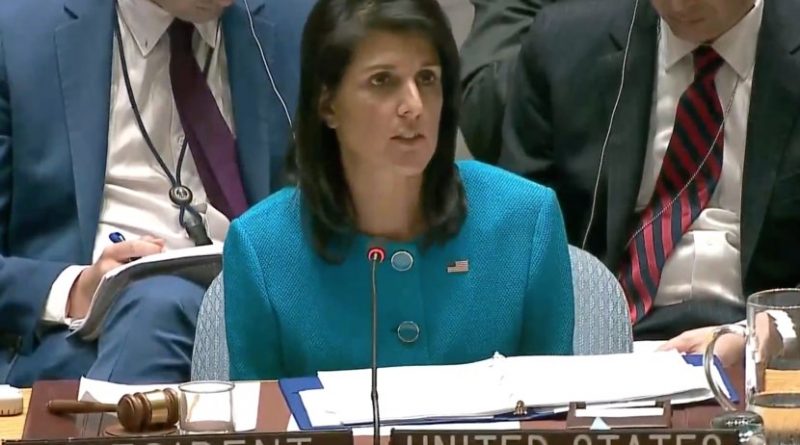 Former Secretary of State Rex Tillerson and Chief of Staff John Kelly were once hailed by Donald Trump followers as great additions to the administration. So when each retreated from service rather abruptly, eyebrows rose in unified confusion. But political insiders knew there were serious if unidentified reasons behind the exodus.

Well, now we know why they were run out of the Swamp.  In a new tell-all book, With All Due Respect, Nikki Haley, former ambassador to the United Nations, shines a light on attempts to undermine the authority of a duly elected president. Namely, Kelly and Tillerson wanted Haley to undercut President Trump and persuade him to follow their lead. As Haley writes:

“Kelly and Tillerson confided in me that when they resisted the president, they weren’t being insubordinate, they were trying to save the country. It was their decisions, not the president’s, that were in the best interests of America, they said. The president didn’t know what he was doing.”

Haley was the wrong insider to approach with a subversive plan. And another excerpt from her memoir is refreshing proof:

“Go tell the president what your differences are and quit if you don’t like what he’s doing. But to undermine a president is really a very dangerous thing. And it goes against the Constitution, and it goes against what the American people want. And it was offensive.”

The Deep State goes far beyond the antics of connected whistleblowers, unverified accusations, leaks, and spies buried in Department of Justice caverns. Many have a stake in the game, and it appears Trump has to ferret them out one at a time – regardless of party affiliation.  Although at this writing, Tillerson has yet to emerge from wherever he sought solace, Kelly was swift to snark a brief and defensive response: “[if giving Trump] the best and most open, legal and ethical staffing advice from across the [government] so he could make an informed decision is ‘working against Trump,’ then guilty as charged.”

What Haley believes rankled Kelly and Tillerson was that Trump afforded her as much influence and power as his sitting Cabinet members. In a recent interview discussing her book, Haley let her feelings slip a tad:

While she doesn’t accuse the president of a boy’s club mentality – she veers close when calling out Kelly for his attempts to block her access to the president.  Faced with do or don’t, she did, and went around the general, which caused a chafing not soon to be relieved for Kelly: He described Trump’s decision for Haley to sit in on national security meetings as “terrible” and sputtered that no U.N. ambassador would have that power again.

With All Due Respect

Haley is not a shrinking violet to be taken lightly – as her book is aptly titled and references an incident with Trump changing his mind and reversing his statements without letting Haley in on the reversal.

Here’s what happened: Economic adviser Larry Kudlow claimed Haley had suffered “momentary confusion” during a television interview about U.S. sanctions forthcoming against Russia. After the April 2018 Syrian chemical weapons attack, Trump was seething on Twitter, threatening sanctions against a complicit Russia. Haley claimed Trump was announcing sanctions soon. The White House had egg on its face, staffers were all for letting Haley take the heat, and Kudlow called her confused.

Her response, after demanding the White House apologize: “With all due respect, I don’t get confused.” Haley is a force.

One thought on “Haley Refuses To Be Swamp Patsy – OpEd”