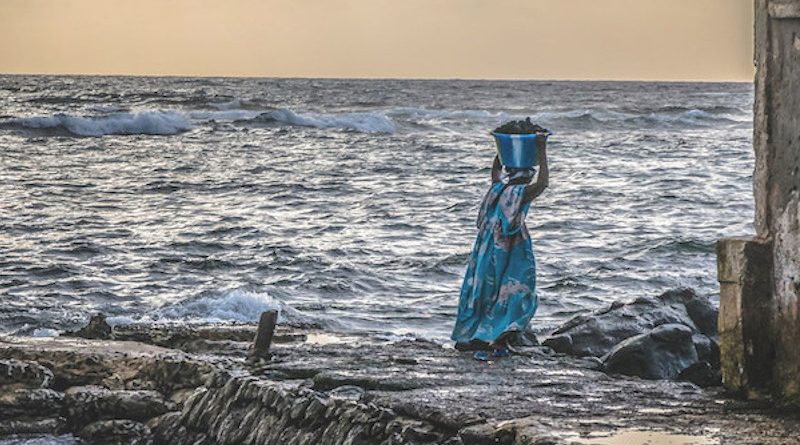 A deadly shipwreck off the coast of Senegal have taken at least 414 lives in 2020, according to the International Organization for Migration (IOM). Source: UNDP

Migrants around the world are continuing their desperate flights for survival even though rescue efforts have slowed, and rich countries are building higher walls against the asylum seekers.

The deadliest shipwreck of the year occurred most recently off the coast of Senegal where at least 140 people drowned after a boat carrying around 200 migrants sank, according to the UN migration agency (IOM).

This latest tragedy follows four shipwrecks recorded in the Central Mediterranean in the last days of October and another in the English Channel, prompting the International Organization for Migration (IOM) to call for “unity” between governments, partners and the international community to “dismantle trafficking and smuggling networks that take advantage of desperate youth”.

“It is also important that we advocate for enhanced legal channels to undermine the traffickers’ business model and prevent loss of life,” said Bakary Doumbia, IOM Senegal’s Chief of Mission.

We are “deeply saddened by this tragedy, which follows four shipwrecks recorded in the central Mediterranean off Libya as well as another in the English Channel”, the IOM said in mid-October.

Senegalese authorities had previously said that some 10 people had died while 60 had been rescued.

EU Foreign Affairs chief Josep Borrell Fontelles expressed his anguish on Twitter at the turn of events, writing: “Another tragedy at sea. Human traffickers taking advantage of despair are a scourge that we have to fight harder.”

The government in Senegal has warned of a “resurgence” in migrants attempting to reach Europe via a perilous crossing to Spain’s Canary Islands.

IOM announced it had arranged a mission with the Senegalese government to assess the needs of survivors and provide “immediate psychosocial assistance.”

An estimated 11,000 migrants have reached the Canary Islands so far this year, compared to 2,557 arrivals during the same period last year, according to IOM data.

Meanwhile, the UN Refugee Agency (UNHCR) at its recent executive board meeting, identified the central Sahel – a band of countries running from Mauritania to Eritrea – as one of the most worrying situations, a political, security and humanitarian crisis which has displaced millions.

“Few situations have shocked me as much,” confessed Filippo Grandi, UNHCR commissioner, “the violence, the brutality, including horrifying stories of gruesome murders of parents in front of their children. Most abominable of all, thousands of women are raped as part of the dynamics of violence.”

“Obviously, some (border) restrictions are needed… but these must be temporary and non-discriminatory, and respect non-derogable international human rights obligations.”

He cited the work of the Ugandan government which assists more than 1.4 million refugees, allowing them to set up businesses, find employment, and move freely around the country.

He also congratulated President-elect Joe Biden and VP-elect Kamala Harris for their election win. “We look forward to working with your administration on global and domestic refugee issues. U.S. leadership is more crucial than ever for the world’s most vulnerable.”