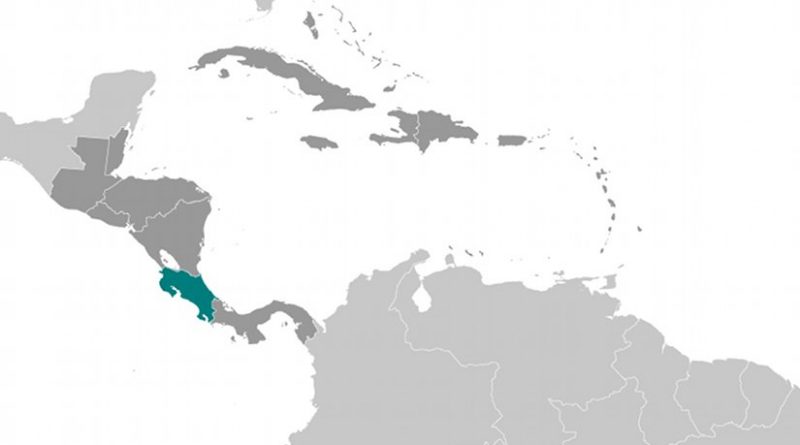 Historically, corruption has been the name of the game Central America, a region where in some countries it has gone beyond control. Guatemala and Honduras are the most recent examples of corruption having reached critically high levels — including the presidential sphere — triggering massive popular anger.

The region’s situation basically stems from military predominance throughout the area, a problem Costa Rica freed itself of when this country’s army was abolished more than six decades ago.

Added to that, the Costa Rican democratic model included focusing attention on its people, including prioritizing State investment in social areas such as education.

Both actions are key components which explain this Central American nation’s low level of corruption, positioning the country as a regional exception, according to local political analyst Gustavo Araya.

He told Latinamerica Press that, Costa Rica “has evidently been able to keep aside from this kind of thing,” which “doesn’t mean that there’s no corruption.”

“But it has managed to keep aside because here, somehow, it was possible to legitimize power mostly based on the people’s will,” he began to explain. “And there’s a much more even — if you will — distribution of the potential to for having influence.”

“There’s a union which has corruption problems? Well, in Costa Rica there are ten other unions which are not corrupt –not their leaderships-, and evidently (…) they’re going to be the counterbalance,” he said, as an example. “There’s a business person who is corrupt? Well, there’ll be 100 others who aren’t. So, that business person will not be able to, let’s say, have influence, because the official [involved] has 200 eyes on his or her actions.”

Nevertheless, Costa Ricans were stunned in 2004, when two of their former presidents — Rafael Angel Calderón Fournier (1990-94) and Miguel Ángel Rodríguez (1998-2002) — were arrested, jailed and tried under corruption charges.

In 2011, Calderón — the son of former Costa Rican President Rafael Angel Calderón Guardia (1940-44) — had his five-year jail sentence reduced to three years under parole. In 2012, Rodríguez, who had been sentenced to a five-year prison term, was acquitted.

According to Transparency International Corruption Perception Index 2014, Costa Rica, with a score of 54 — in a range going from 0, highly corrupt, to 100, very clean — is placed in the 47 position among 175 countries. The score was one point below the previous year, and equal to that of 2012.

Regarding the Control of Corruption component of the World Bank Worldwide Governance Indicators 2014 — ranging from -2.5 to 2.5, which corresponds to better governance — Costa Rica scored 0.667635213.

Corruption control reflects perception of the extent to which public power is exercised for private gain, ranging from minor to major corruption, “as well as ‘capture’ of the state by elites and private interests,” according to TI.

“Tramitología” is one of Costa Rica’s most criticized features, as it is seen as a drawback for development as well as an open door for ill practices.

Procedures to be followed, among others, by investors trying to register a business, are lengthy and complex, and imply rounding up a considerable number of documents, which in some cases is also costly.

The complex nature of the colossal red tape is, in itself, a source of corruption in the form of influence peddling.

Such a bureaucratic scenario “begins to create corruption that’s not necessarily paid for” but one that also guarantees employees their posts, he pointed out.

According to the expert “‘tramitología’ is practically in 99 percent of the time the open door for corruption to show up, because corruption (…) also enthrones, in power, people who abuse their position, precisely, for that.”

“They make the situation difficult, thus making their post necessary because of the procedure itself and not because of the efficiency with which they carry it out according to their own capabilities,” he underlined. “A specific public employee openly explained it to me this way: ‘Look, here, a minister can come and say mass, but I’m the one in charge here, because ministers change every four years, and I’ve been here for 30 [years]’,” Araya recalled.

Regarding organized crime — especially drug trafficking —, the analyst said it has influence in corruption in Costa Rica. Criminals “know and have been able to detect important doorways, one of them, specifically, the funding of political parties at a local [municipal] level,” he said.

In search of funding for their parties, “politicians have made the option — some, not all — for money that’s easier to obtain, at a municipal elections level,” he added.

But, regardless of the risks, Costa Rica has instruments that help keeping corruption at low levels, Araya pointed out.

The analyst mentioned the wide range of State control bodies — such as the Comptroller General, the Public Prosecutor and the Attorney General’s Office — among which power is distributed, making it difficult to cover up a crime. In his view, the same happens within state institutions, where internal audits make things difficult for corruption.

He also pointed out to legislation, with the Law against Corruption and Illicit Enrichment in Public Office (Ley contra la Corrupción y el Enriquecimiento Ilícito en la Función Pública) standing out, and the fact that Costa Rica’s education level allows its population to have knowledge about laws in force.

“In Costa Rica the basic principle is that the burden of proof is on the person trying to hold a public post,” he said. “It has functions inasmuch as the person who’s trying to exercise power has to prove their income, their properties, before reaching power, to prove, after they held power, that there was no enrichment in between.”