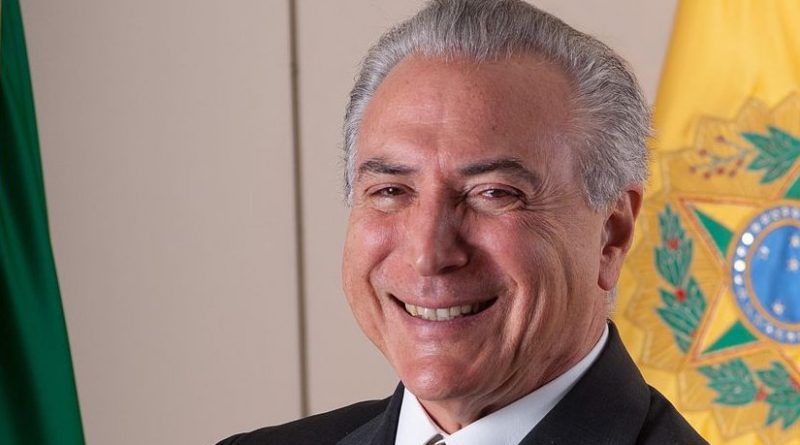 More than 1,000 primary and secondary schools were occupied in almost all the states in Brazil between September and November. The students, ranging between 12 and 17 years of age, joined together against a package of reforms affecting the education sector, proposed by the government of President Michel Temer of the Brazilian Democratic Movement Party (PMDB), installed after the impeachment of President Dilma Rousseff, of the Workers Party (PT), on Aug. 31. The students received the support from different sectors of civil society and their actions were copied by students of public universities, who also occupied their campus.

In fact, criticism of the “package” of education reforms is not limited to students. There are several sectors that have voiced their views almost on a daily basis in particular against one of them, the Proposed Amendment of the Constitution (PEC) 241, presented to Congress by Temer´s government as one of the measures to control public spending and resume the growth cycles of the Brazilian economy, which is now facing a severe recession.

The resistance is large, because PEC 241 touches rights of not only in education but also in health and other social areas. It establishes a new fiscal regime, proposed by President Temer and the Minister of Finance Henrique Meirelles, which states that from 2017 no investment in social areas may be higher than the inflation adjustment of the previous year. This way of establishing the budgets of the education and health sectors, among others, would be in force for 20 years, that is to say, it would have an enormous impact for almost two decades. Several analysts and representative organizations have expressed concern about the effects this would bring.

A stern warning of the legal consequences of PEC 241 was launched by Paulo Sena, a parliamentary advisor to the Chamber of Deputies and one of the leading specialists in education and financing law in the country. In a study conducted on the subject, Sena points out that PEC 241 seeks to modify the Transitory Constitutional Provisions Act (ADCT), inserted into the 1988 Constitution, in order to implement the so-called “new fiscal regime.”

According to Sena, in proposing the change in the ADCT and setting a new norm — the allocation of the previous year corrected by the National Consumer Price Large Index (IPCA) — to calculate the constitutional minimums for education and health, the federal government “not only changes the rule, but it touches on and transgresses a sensible principle, and therefore violates a stony clause” of the Brazilian Constitution, which now dates back 28 years.

Criticisms of PEC 241 have been widespread. A study conducted by financial budget and audit consultant Marcos Rogério Rocha Mendlovitz, also prepared for the Chamber of Deputies, indicated a loss of R$58 billion (about US$17 billion) in resources that would result from the application of PEC 241 in the field of Education Maintenance and Development (MDE).

The rejection of PEC 241 reached the United Nations. Gordon Brown, the President of the UN´s Commission on Education, received a dossier in New York prepared by the National Campaign for the Right to Education (CNDE) with studies and criticisms on PEC 241 and its effects on education in Brazil. In the dossier, the CNDE argues that PEC 241, as well as other initiatives in the sector coming from Temer´s government, “jeopardizes the guarantee of the right to education in Brazil.” The CNDE considers that PEC 241 runs counter to the recommendations of the UN Committee on the Rights of the Child.

For the Abrinq Foundation for the Rights of Children and Adolescents, a major non-governmental organization of private funds, educational policies and programs “are at risk of being reduced to the point of losing effectiveness, or be discontinued, if the text of PEC 241/2016 remains as it is, independently of a deeper analysis, and is approved. Included in the list of harmful effects of PEC 241 are the impacts that the imposition of spending limit to the Judiciary would have on the operation, already deficient, of the Guarantee of the Rights of Children and Adolescents System.”

The Abrinq Foundation notes in particular the impacts of PEC 241 on the National Education Plan (PNE), approved in June 2014 by law 13.005/2014, which sets 20 goals to be achieved in the next 10 years to improve the quality of education in Brazil, including the eradication of illiteracy (currently 8.3% of the population aged 15 and over), the increase in the number of openings in day-care centers and bringing to an equal level the average income of public education professionals with those other professionals with equivalent training.

These considerations of representative sectors of the Brazilian society served as fuel for the occupation of educational facilities by students from all over the country at the primary, secondary and university levels. Between September and November more than a thousand schools and federal institutes were occupied, as well as 80 universities.

Specific changes in secondary education, also proposed by the Temer government, have contributed to further fueling student demonstrations. The reform includes dividing the subjects in the last three years of secondary school into five main areas: language, mathematics, human sciences, natural sciences and vocational technical education. Language and mathematics will be compulsory, but the other three will be optional. According to the student organizations, this new model will affect the integral formation of the students and will reduce importance to disciplines in the area of human sciences.

The reforms in secondary education were presented as a provisional measure, which generated an even stronger reaction from the students. The provisional measure is provided for in the Constitution, and the content of which comes into force immediately, even before it is debated and approved, or not, by the National Congress. That is, the measures proposed for secondary education entered into the agenda without prior discussion with the Brazilian education community.

As noted by Camila Lanes, the president of the Brazilian Union of Secondary Students (UBES), the occupation of schools was at all times decided by the students in assembly. “In the occupied institutions, students elect their commissions daily and decide whether the occupation will continue,” Lanes said.

The mobilization of students and much of society did not sensitize the federal deputies, who approved PEC 241 at the end of October. It was then transformed into PEC 55, which was considered in the Federal Senate. PEC 55 was approved by the Senate in the first round of voting on Nov. 29, by 61 votes in favor and 14 against. The second and last voting is to take place at the beginning of December.

The core of Temer’s government was dealt a blow with the resignation of the Minister of Culture, Marcelo Calero, on Nov. 24, denouncing that Minister Geddel Vieira Lima — responsible for the political coordination of the government who later also resigned — had forced him to intercede in the approval of a real estate project in the city of Salvador, Bahia, in an area considered historical heritage. The departures of Calero and Viera Lima from the cabinet came at a time of great political tension for Temer’s government. On Nov. 27, thousands of people took to the streets in São Paulo to demand the resignation of Temer and to demand direct elections for President of the Republic.

By mid-November most schools had been vacated, but the mobilization of students has received strong social support. “It would be naive to think that the movement of students occupying schools and universities is limited to criticism of one of the most shameful projects we have seen for secondary school reform, or in protest against PEC 241 of Deputies and now PEC 55 of the Senate, the PEC of brutalization against the most vulnerable in the nation,” said writer and theologian Leonardo Boff.

“What lies behind the criticism is something that runs deeper: the rejection of the type of Brazil we have built up to now and the corrupt policies practiced by some parliamentarians to their own advantage. Along with this there is a more positive side: the demand for another way to build Brazil and reinvent a democracy, not at the expense of the people, but with the people participating in the discussions and decisions of the important national issues,” added Boff, one of the many voices that stood in support of the students, who may be, in fact, be renovating the way of doing politics and discussing the future of the country.

One thought on “Brazil: Constitutional Reform To Affect Right To Education”