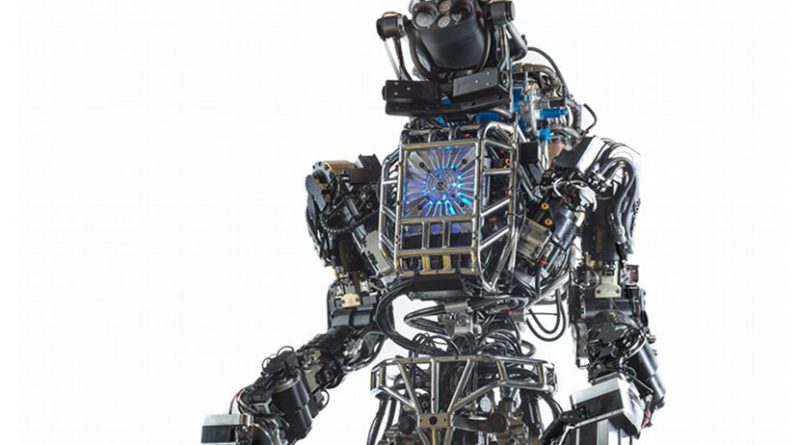 Pressure is mounting for the UN to outlaw lethal autonomous weapons (LAWS) under the Convention on Certain Conventional Weapons (CCW). Notwithstanding the letter signed by 116 Governmental Experts to the United Nations urging it to ban the development and use of LAWS and despite of the fact that the UK government has given various warnings regarding the possibility of terrorists using killer robots to launch deadly attacks around Europe, Russia has made it crystal clear that it will not sign any treaties forbidding their use giving multiple justifications supporting their stance.

Firstly, Russia argues that there is a heightened risk of putting in harm’s way the developing of capabilities from the civilian artificial intelligence sectors which could, in turn, deprive millions of people of the latest technological advancements. In this sense, Russian officials are arguing that it is inacceptable for the legal work on LAWS to ‘restrict the freedom to enjoy the benefits of autonomous technologies being the future of humankind’. Secondly, in a report by DefenseOne.com, the Russian Federation takes a more practical approach by identifying as the biggest obstacle in agreeing with the position adopted by the UN, the fact that not enough ‘working samples of such weapons systems’ are being made available for the military to assess its advantages and disadvantages.

Overall, it has become clear to policymakers and security analysts around the world that Russia’s hard-line position against the ban on LAWS by the UN, together with its actual manufacturing of these sorts of lethal weapons to be used in combat, shouldn’t come as a surprise. At many international forums in which Russian attendees from the government are present, the importance placed on the sovereignty of nations allowing them to ‘pursue their own political/military/economic course’  is stressed by Russian officials which could be used as a way of explaining Russia’s viewpoints on the legal LAWS debate. As unsurprising as that may appear, it is not to say that this highly pressing issue does not merit considerable attention in future high-level discussions.Bearing in mind Russia’s clear stance and the gravitas of the matter, it is imperative to discuss the ways in which we can employ arms control to regulate LAWS which are on the verge of earning the title of the 3rd Revolution in Military Affairs.

To state the obvious,traditional arms control treaties concerning new technologies are not always the panacea they are envisioned to be.As a case in point, Russia continued to use cluster munitions in the Syrian war blatantly disregarding the treaty on cluster munitions adopted in the UN. It goes without saying that these watershed machineries, such as the aforementioned cluster munitions or the LAWS, do not automatically presume supererogatory harm, as opposed to their elderly counterparts (i.e. nuclear weapons).

Given the unique character belonging to LAWS, regulating them requires an overhaul of the current international decision-making process we have in place by bringing to the fore nations from all across the economic spectrum in order for them to have a voice in drafting legislation, regardless of the level of new technology production in each country.Moreover,to further stress the ineffectiveness of arms control treaties, it has been argued that pre-emptive bans in the form of treaties are unlikely to maintain the pace of technological advancements which, in the long run, could even prove counterproductive to the fight against LAWS.

Having established that the (legal) pen is not always mightier than the sword, it’s time to considerthe possibility of soft law regulation through preventive arms control.This strategy encompasses two main action points. Firstly, a prospective scientific analysis of the properties LAWS are embedded with is mandatory in order to gain more intel on propagation, speed, effect and survivability. Secondly, a prospective operational analysis using simulation software and targeting the probable scope and usageof LAWS with an emphasis on abnormal employment and collateral effects is of equal importance in the proper application of a preventive arms control blueprint.

Likewise, it could prove instructive to add a reliable and transparent verification stage of LAWS in the mix. It should contain a high degree of intrusiveness by allowing access to LAWS at anytime and in all countries connected in any fashion with any of these machineries. Nevertheless, does this need for a very intrusive verification process reconcile with military’s stance on secrecy? It might not. The fear of accidentally revealing plans, motivations, technical properties and potential mechanical weaknesses which could be leveraged in enemy attacks might block inspectors in their verification quest.To counteract this, confidence-building measures should go alongside verification.Lastly, in order to ensure that standardised guidelines have not been disregarded, the observance of existing international law norms should also be part and parcel of the preventive arms control package.

Undoubtedly, we know that politics always precedes weapons, regardless of how advanced they are. Also, nobody wants to see slaughterbots running amok unabatedly. Consequently, the tenor of my argument has attempted to address LAWS by opening the scope of investigation on practical arms control policies and procedures catered for new technologies. As the old adage goes, an ounce of prevention is worth a pound of cure. Accordingly, preventive arms control strategies can prove to be the elixirs the world has been searching for to the insecurities engendered by the destructiveness of LAWS. They themselves could represent that panacea that the UN has been attempting to find in their quest to ban killer robots which could also be incorporated in the negotiations with the Russian Federation in order to reach a mutually-beneficial agreement.

Part of this essay has been submitted for the Munich Security Conference 2018.

About the author:
*Alina Toporas is a recent Master of Science graduate in Global Crime, Justice and Security at the University of Edinburgh Law School. She has previously worked for the European Commission Representation in Scotland, the International Anti-Corruption Academy (IACA), the Romanian Embassy in Croatia and Hagar International (the Vietnamese branch), an international NGO that deals with the reintegration of victims of human trafficking. Alina Toporas is the winner of various international essay and article competitions on security themes, such as the one organised annually by the University of Houston in partnership with the Brookings Institute on the ‘use of military means as solution to today’s international and national political issues’. She is currently an active EuroPeer in the United Kingdom, working on spreading information on youth opportunities in the EU and creating an alternative for the Erasmus+ programme post-Brexit.