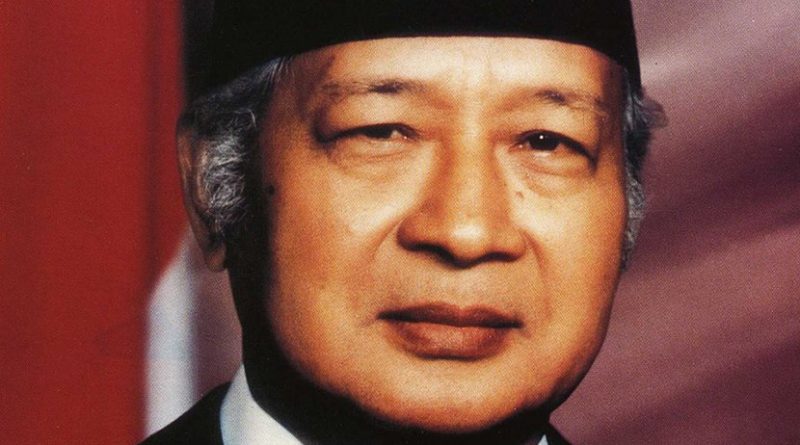 The late Suharto has become something of a poster boy for leadership as the nation searches for a president who can effectively deliver the goods.

Photos of the smiling president, who ruled Indonesia between 1966-1998, appear everywhere, with the caption in Javanese “piye kabare, isih penak jamanku, tho?” (How are you, better in my era, wasn’t it?) – a reminder that, for some, life was so much better then. The Soeharto posters and memes have been going viral since the 2014 election and are still circulating now.

Suharto was a dictator, there is no doubt about it, though his supporters would claim that he was a noble one. But the point of the poster is that Indonesia had a leader who delivered the goods, something that no other president since then has been able to match, so his supporters claim.

Suharto, who ruled with an iron fist, did deliver justice, security and welfare, but it is debatable whether his successors have fared better or worse. Ruling the country for 32 years, he was bound to have delivered something, while his successors have been subject to periodic democratic elections and limited to ruling for no more than two five-year terms.

The bigger question, and this was one of the topics discussed at the recent Bali Civil Society and Media Forum, is whether democracy can deliver justice, security and welfare to the people, all the people.

Indonesia, now a democracy for nearly 20 years, albeit a struggling one, makes a good case study to answer this question, by comparing the ability of the two political systems in bringing greater prosperity to the people.

The track record of Indonesia since 1998 has not been bad, although perhaps underappreciated.

The economy has improved significantly, in terms of overall GDP and per-capita-income growth, and the government today provides many services such as free health care, 12-year compulsory free education, and cash assistance for the poor. Indonesia today is the 16th-largest economy in the world, and many predict that it will be in the top 10 by 2025 and top five by 2040.

We have a growing middle class, reflected by the number cellphones, cars and motorcycles, and a growing appetite for holidays, both at home and abroad.

And there is freedom, all kinds of freedom, something that distinguishes today’s era from that of Suharto’s. Why then do some people still feel that they miss Soeharto?

Perhaps they don’t really miss him, but they miss the certainty, the swift way decisions were made and the security he provided. They miss the effectiveness and efficiency that an authoritarian regime can deliver.

Democracy, unfortunately, is almost anything but.

Decisions are made through an arduous and cumbersome process, and the government is often mired in stagnation. Every single major decision has to undergo the democratic processes, meaning noisy public debates and endless deliberation by legislators.

We also have legislators who are good at grandstanding but ineffective in producing laws that reflect the aspirations of the people. In many ways, Soeharto’s regime produced some better laws because they did not go through the lengthy debates we see today.

On security, Indonesia faces challenges in ensuring protection for people who are attacked or persecuted because of their faith, race, sexual orientation, or even ideological leanings.

The attacks on the Shia and Ahmadiyya followers, the forced closures of places of worship, the recent attacks against people because of their leftist ideological leanings, and the return of anti-Chinese sentiments, reflect that freedom and the protection of freedom have been denied to some.

Populism, the hallmark of democracy and one way of getting elected, also means leaders addressing only popular issues but avoiding more fundamental problems.

These failings of democracy in Indonesia may have revived our memory of the “good old days” of Suharto (while forgetting the worse aspects of his regime), but they should not be used as a pretext for a return to authoritarianism.

Democracy in Indonesia is still a work in progress. We have been in this game for only 20 years, and it still has not been able to ensure justice, security and welfare for all.

Democracy, as the popular saying goes, is the worst form of government, except for all the others. The alternative, an authoritarian regime, may be swift and efficient. But if authoritarianism comes at the cost of our freedom, an absence of checks and balances and endemic corruption, then yes, give us democracy any time.

We just have to work harder, through the democratic process, to fix these problems. We have to have faith in democracy.